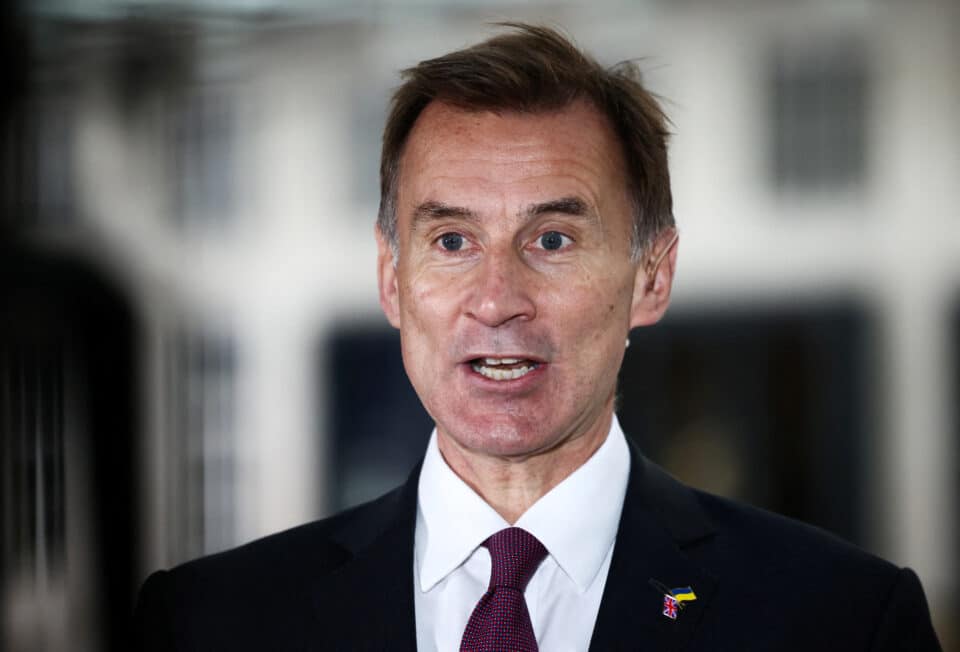 British Chancellor of the Exchequer Jeremy Hunt talks to a television crew outside the BBC headquarters in London, Britain November 18, 2022. REUTERS/Henry Nicholls

Less than three weeks ago, the British Chancellor of the Exchequer Jeremy Hunt unveiled an austere government budget, which includes a fiscal adjustment of £55 billion. The budget involves increases in personal and corporate taxes, beyond £14 billion. At a time when limiting our environmental footprint is increasingly important, the increase from 25 to 35 per cent of the taxation of energy companies’ profits and the temporary tax on electricity producing companies stand out. The minister also announced reductions in government spending, although specific sectors will continue to receive increased government support e.g. the education sector will receive an extra £2.3 billion per year.

Hunt admitted that the British economy was already in recession, while it is facing labour market shortages and the risk of stagflation. Despite the challenging period ahead, the minister emphasised the need for fiscal discipline, aiming to regain the country’s damaged confidence in the markets, while also pledging to protect the vulnerable groups.

The independent Office for Budget Responsibility has revised its forecast from 1.8 per cent GDP growth in 2023 to a contraction of 1.4, that is unavoidably affected by the announced austerity measures, which, in view of the recession, are expected to accelerate the pre-existing negative trends.

The finance minister’s room to manoeuvre is limited due to four main factors: (a) the adverse effects of Brexit, particularly on trade, (b) the energy crisis, which contributed to inflation above 11 per cent, (c) the overall negative consequences of the war in Ukraine, and (d) the market turmoil caused by former Prime Minister Liz Truss’ push for extreme unfunded tax breaks. The fourth factor led to a historically low exchange rate of sterling against the dollar, forcing the Bank of England to intervene with significant bond purchases.

In this context, it should probably come as no surprise that the British economy is the only one among the G7 economies that has not yet recovered to its pre-pandemic levels.

The expected budget deficit of £177 billion for the year 2022-23 will take government debt to the very high levels of 97 per cent of GDP. In terms of private debt, rising mortgage servicing costs are predicted to have adverse consequences, both for borrowers and the real estate market. It is noted that, unlike in the US, most mortgages in Britain are relatively short-term, causing interest rate increases to have a more immediate impact on mortgage borrowers.

In the financial sector, the growth expected by Brexit supporters, due to the “liberation” from the EU’s institutional framework, does not seem to have paid off so far. The slide of the sterling, as well as the recession, have significantly reduced the overall capitalization of the UK stock market. As a case in point, before the Brexit referendum in 2016, the capitalization of the London Stock Exchange exceeded that of Paris by £1.5 trillion while today it has been overtaken by the French stock market.

Ultimately, the British economy is facing a difficult period due to external factors, inherent internal challenges and highly problematic policy decisions. The management of the economy by the country’s new prime minister in the coming months is of particular importance.

Andreas Charalambous is an economist and former director at the finance ministry. Omiros Pissarides is managing director of PricewaterhouseCoopers Investment Services