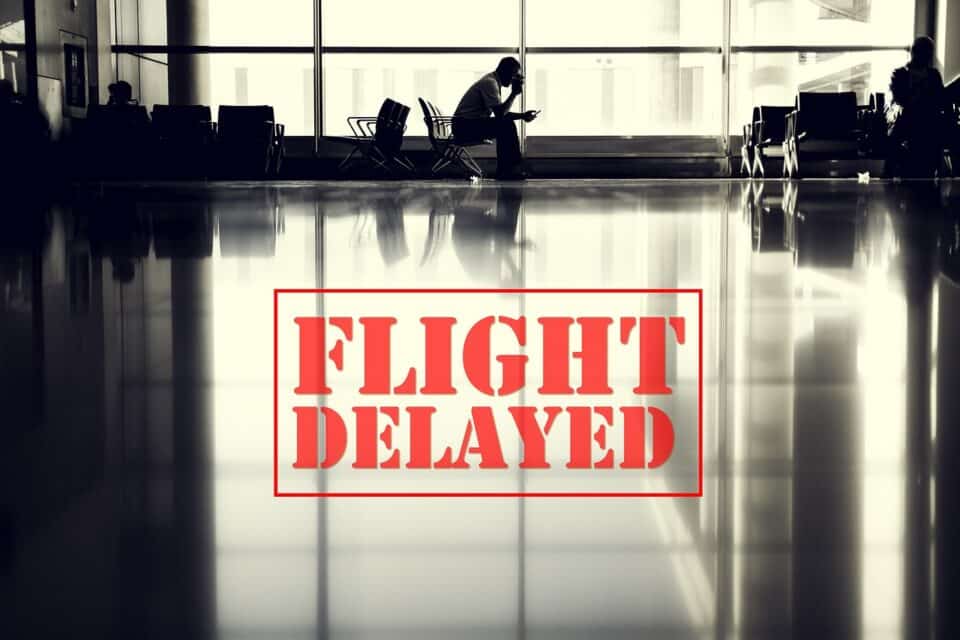 The majority of people love to travel. If you are one of those people, then you are aware that sometimes unexpected situations can arise. This is also true when you are traveling by plane. Getting up early so you can be at the airport with plenty of time left before your flight just to find out it has been delayed is not something you want to experience.

However, flight delays are more common than you might think. They can happen for numerous reasons and the airports cannot always control these circumstances. That being said, if you are planning on traveling soon, or you have already experienced a flight delay in recent history, we are going to help you better understand the situation you are in.

As a passenger, when there is a flight delay or the flight is canceled, you can be eligible for delay compensation.

Now, if you are interested, or you have experienced a flight delay, we recommend you read on as we will explain everything that you need to know regarding flight delays and what you can do. So, without any more delay, let us begin.

First, we are going to cover a few reasons why your flight could be delayed. Keep in mind that these reasons cannot be foreseen and are outside the control of the airport.

One of the more common reasons for a flight delay is when there are some mechanical problems with the plane itself. In these situations, as you can probably tell, the delay will be until the plane is fixed. That being said, sometimes it can take longer as it is harder to find the problem on a massive plane. This can be quite problematic as even the smallest malfunction is enough to cause a delay. This is all for your safety as when the plane is in the air, there is no stopping to fix it.

Another common reason for flight delays is the weather. As nobody can control the weather, if a storm, or thick mist, causes a delay, the only thing anyone can do is wait for it to pass. Flight a plane in bad weather is extremely dangerous. For example, a simple rain can prove fatal at higher altitudes as it often freezes and the ice can damage the plane.

Weight is an extremely important aspect. The plane has a specific maximum weight. Loading the plane over the limit can make the plane unstable during the flight. That is why airlines have specific weight requirements for your baggage and certain limitations that can be quite annoying to deal with. Just keep in mind that they are there for your safety.

As we already mentioned, waking up early to get to the airport on time just to find out that your flight is delayed is the worst. Unfortunately, when it happens it can ruin your entire travel plans. However, even in this grim situation, there is some hope. If you are unlucky and you had to experience a delay, you can be entitled to up to 600 € in compensation.

Getting compensated for a delay will require some work on your end. You will have to do some research about the law and what rights you have in this situation. Also, you must know the reason why your flight was delayed. This way you can figure out if you are eligible for compensation or if their policy states otherwise. As long as you prepare accordingly, you are most likely to get compensated. Although, keep in mind that they might offer you coupons or hotel rooms for free. Do not accept these, because if you do you will not be getting 600 €.

Getting compensated for a flight delay with United Airlines is similar to the TUI. That being said, the amount of money you can receive as compensation is almost the same. However, there might be other problems regarding the policy and the law in general. Do not forget that compensation is not offered for delays caused by something that is not in the control of the airport. For example, if your flight is delayed due to bad weather, unfortunately, you will not be getting compensated.

On the other hand, if there is something like a worker strike, then you will be eligible for a refund. All in all, getting a flight delay is not something anybody wants to experience. However, they do happen, so next time be prepared and claim that compensation for yourself.

Epic offering the best Christmas deal of the season

Centre of historical and religious significance

The colourful village of Arsos

Catherine Gibson tells us all about ‘For children with love’

Delving into the Paphos region’s past

Flights to and from Philippine capital suspended due to technical issues