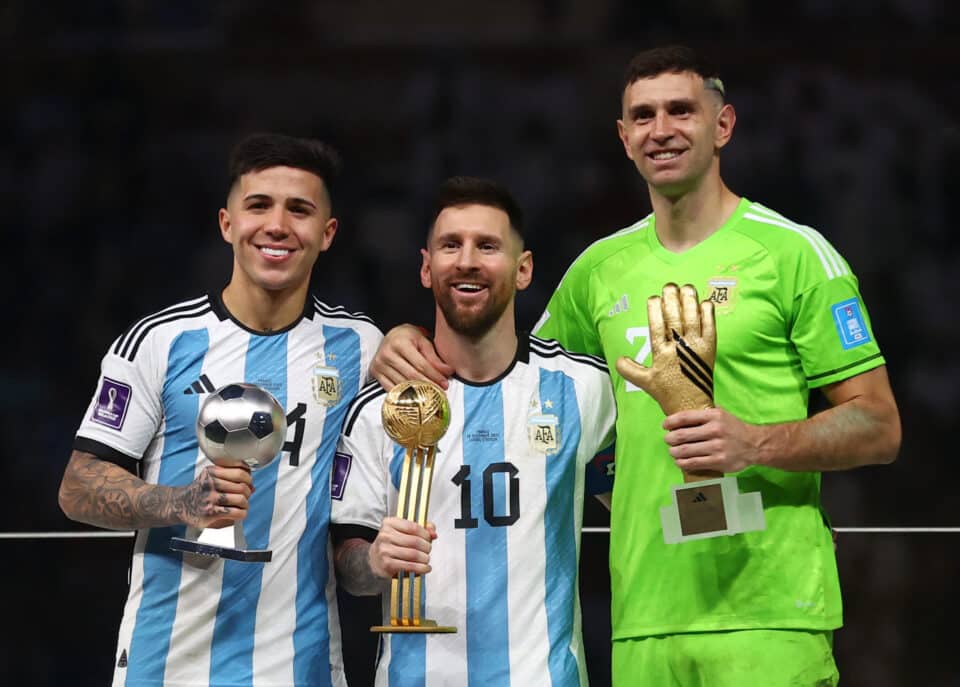 The past few years have been hell. But will 2023 be any better? According to the predictions, we’re either in for a peaceful 12 months or a global apocalypse finds Alix Norman

At the end of 2020, comedian Leslie Jones famously claimed the year had been “a train-wreck and a shit-show. But that would be unfair to trains and shit.” He wasn’t wrong. 2020 saw the worst of the pandemic: restrictions, lockdowns, vax and anti-vax campaigns causing divisiveness and misinformation across the board.

The United Nations (who had named 2020 the International Year of Plant Health – nailing the health bit, but missing the biological kingdom entirely) immediately reacted by declaring that 2021 would be the International Year of Peace and Trust. And while some good stuff happened (in March 2021, we saw the first ever meeting between a Pope and a Grand Ayatollah), neither peace nor trust were very evident in, say, the Russian military build-up along the Ukrainian borders, the escalation of the Ethiopian civil war, or the re-emergence of the Taliban. And so, in the following year, the United Nations went in a different direction, declaring this year, 2022, as the International Year of Glass – a proclamation that couldn’t possibly offend anyone!

The point being that coming-year predictions and proclamations are often so much hot air. Nobody knows what the future will hold (especially Drake, the Canadian rapper who bet $1 million on Argentina to win the World Cup in normal time, not on penalties!). And, post facto, it’s easy to twist predictions to fit the facts.

Perhaps the most famous example of this is Nostradamus’ Les Prophéties, published in 1555. Countless media sources would have us believe that the self-proclaimed prophet of the Middle Ages accurately predicted the death of Queen Elizabeth II. In actual fact, the relevant lines of prophecy (translated from French and interpreted by a more recent author) make no mention of the Queen; instead they refer to ‘the King of the Islands’ taking up the reins and then being forced out. Which, while it might possibly refer to Charles III, doesn’t bode well for, say, King Polikalepo Kolivai of the Sigave Islands in the South Pacific, nor for King Tupou VI of Tonga!

More recently, Baba Vanga has been lauded by many as the modern version of Nostradamus. The blind Bulgarian woman made any number of predictions about the future before her death in 1996 (an event she is said to have divined, down to the precise date of August 11). Ostensibly, she foresaw the occurrence of the 9/11 disasters; that the 44th US president would be of African American descent; and that his successor would “bring the country down and conflicts between north and south states will escalate.”

But while these retrofitted interpretations may hold some water, many of Baba Vanga’s prophecies have been proven false. World War III did not begin in November 2010 (though, since Harry Potter and the Deathly Hallows: Part I premiered in the same month, many of us wouldn’t have noticed even if it had). Europe did not cease to exist in 2017. And the 1994 World Cup final was not played between two teams whose names began with the letter B – fine, Brazil was in there, but by no stretch of the imagination could the other be called Bitaly.

So there’s little reason to set much store by either seer’s predictions for the coming year. Nostradamus purportedly prophesied economic disaster for 2023 (“So high will the bushel of wheat rise, that man will be eating his fellow man”), while Baba Vanga predicted a visit from UFOs. But since neither cannibalism nor alien arrivals seem likely, we’re probably safe.

In fact, you might as well believe The Simpsons, a long-running show that’s been eerily correct in many of its forecasts. Accurately predicting – years ahead of time – the presidency of Donald Trump, the merger of Walt Disney and Fox, and a quick-spreading global virus known as the ‘Osaka Flu’, The Simpsons has nuclear war between America and China on the cards for 2023!

Let’s hope that’s less likely than the more scientific predictions from Professsor Lau Yu-lung (Chairman of the Scientific Committee on Vaccine Preventable Diseases), who believes the World Health Organisation will officially declare the end of the Covid-19 pandemic in mid-2023; a view seconded by WHO Director-General Tedros Adhanom Ghebreyesus.

The hope that 2023 will bring a more peaceful, healthful year is reflected in the old Chinese curse: May you live in interesting times. Times have certainly been far too interesting of late, and we’re due a little peace. Perhaps as we pass from the Year of the Tiger (an animal typified by cruelty and forcefulness) to the Year of the Rabbit, the world might calm down?

Rabbits are viewed as calm and gentle, quick and alert. And astrological predications suggest we’ll be seeing 12 months of peace and prosperity. The water element apparently adds a level of change to the whole caboodle: renowned Chinese astrologist Sarah Yip propounds the coming months will bring “wake-up calls” for the upper echelons of society, warning that “this bunny may look sweet but she’s got bite!”

Western astrology supports this view. According to experts, the conjunction of Mars and Mercury leads to reconciliation and friendship, and we’ll consequently be moving from a time of conflict into a more peaceful and progressive era. Among more specific predictions, 2023 will ostensibly bring a ceasefire in the Ukraine/Russia conflict circa mid-July, and a rise in wages for those in the education sector.

If, by any chance, you’re a non-royal teacher, 2023 looks like it might well be your year! On the other hand, if there’s one thing we’ve learnt from the past 24 months, it’s that nobody can predict what’s coming. Honestly, 2023 will probably be business as usual. Though if aliens do instigate global nuclear war and we’re all forced to eat each other, I’ll happily publish a retraction!

A cake for all seasons