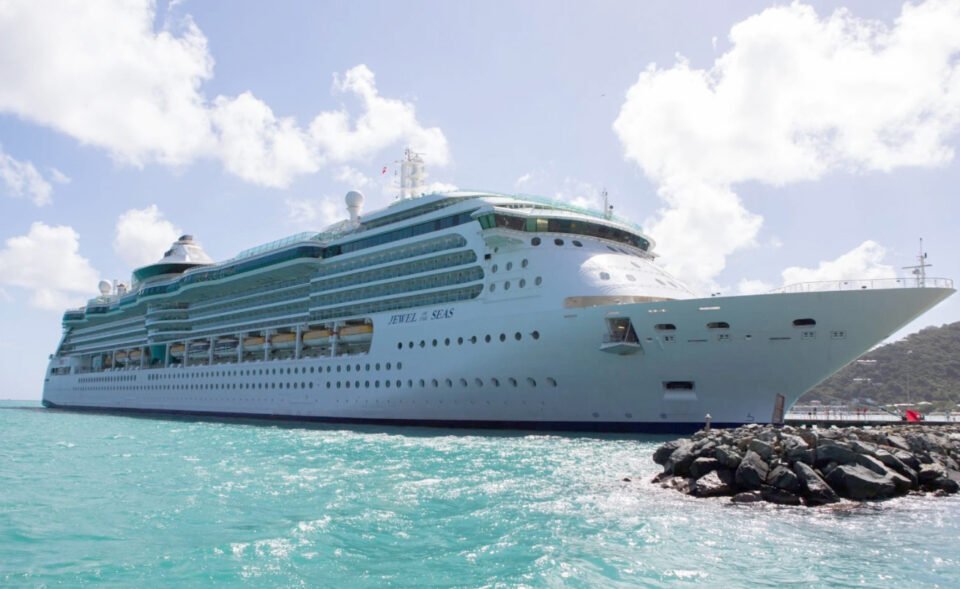 Shipping Deputy Minister Vassilios Demetriades this week welcomed the decision by cruise line Royal Caribbean to open an office for their group in Cyprus, saying that this decision is proof positive that the government can turn a crisis into an opportunity for growth and development.

In his statement, Demetriades welcomed both the Royal Caribbean Group’s announcement of the opening of an office in Cyprus, as well as the registration of a cruise ship in the Cypriot registry, referring to the Spectrum of the Seas which, since last Friday, has raised the Cypriot flag.

“The company’s decision is a tangible example of the way the government turns a crisis into an opportunity”, he said.

In addition, Cyprus implemented a national programme which allowed it to provide vaccination coverage for 40,000 sailors, with Demetriades saying that this was carried out with great success.

“The above actions and initiatives, combined with the service we offered, put Cyprus on the global cruise map,” Demetriades explained.

The company’s decision to establish a permanent regional office in Cyprus, which will be the centre of its shipping activities in the Eastern Mediterranean, as well as the trust the company has shown in the Cypriot flag, “create the conditions for the further strengthening of our cooperation,” Demetriades said,

He went on to say that this will bring significant benefits to Cyprus’ shipping sector, allowing Cyprus to be established as a centre of quality cruises, “a fact that further strengthens our tourism product, contributing substantially to the local economy”.

“The improvement of our shipping product and the strengthening of our incentives and service, as designed and implemented through the National Strategy SEA Change 2030, have laid solid foundations for a prosperous future for Cypriot shipping”, Demetriades concluded.

Cyprus’ foreign trade registered a significant increase in the first ten months of 2022, according to a report released this week by the Cyprus Statistical Service (Cystat).

At the same time, and due to the greater increase in imports, Cyprus’ trade deficit increased.

In more detail, the total imports of goods for the period between January and October 2022 amounted to €9.39 billion, compared to €6.99 billion for the same period during the previous year, marking an increase of 34.4 per cent.

In addition, the trade deficit stood at €6.15 billion for the period between January and October 2022 compared to €4.33 billion in the corresponding period of 2021.

The European Union was the main source of supply of goods to Cyprus with a share of €5.67 billion in total imports, while imports from other European countries outside the bloc stood at €881.7 million. Imports from the rest of the world amounted to €2.83 billion.

State-owned asset management company Kedipes this week announced the appointment of Yiangos Hadjiyiannis to the position of non-executive board member, following the necessary regulatory approval by the Central Bank of Cyprus (CBC).

In its announcement, Kedipes said that Hadjiyiannis studied at the University of Nottingham, from where he obtained a Degree in Law with honours. He then studied at the University of Cambridge (Trinity Hall), where he obtained a Master’s in Business Administration, before obtaining a Master’s degree in International Law with Honours the following year.

In addition, Hadjiyiannis returned to Cyprus in 2007, where he successfully completed the Bar Association exams and became a member of the Cyprus Bar Association. In May 2022 he successfully completed the “Authentic Leadership” training programme at Harvard University. In July 2022, he was awarded an Honorary Doctorate by the University of West London.

Kedipes also noted that from 2008 to 2019 Hadjiyiannis served as the Deputy General Manager of The Cyprus Institute of Marketing, tasked with the institute’s business development and strategy. Since 2020 he has assumed the duties of Senior Executive Advisor.

The general Cyprus Stock Market Index was at 94.44 points at 13:04 during the day, reflecting a decrease of 1.19 per cent over the previous day of trading.

In terms of the sub-indexes, the main and alternative indexes fell by 0.94 per cent and 1.65 per cent respectively. The investment firm index remained unchanged while the hotel index rose by 0.49 per cent.

After a long, cold year, investors are flocking back to Europe