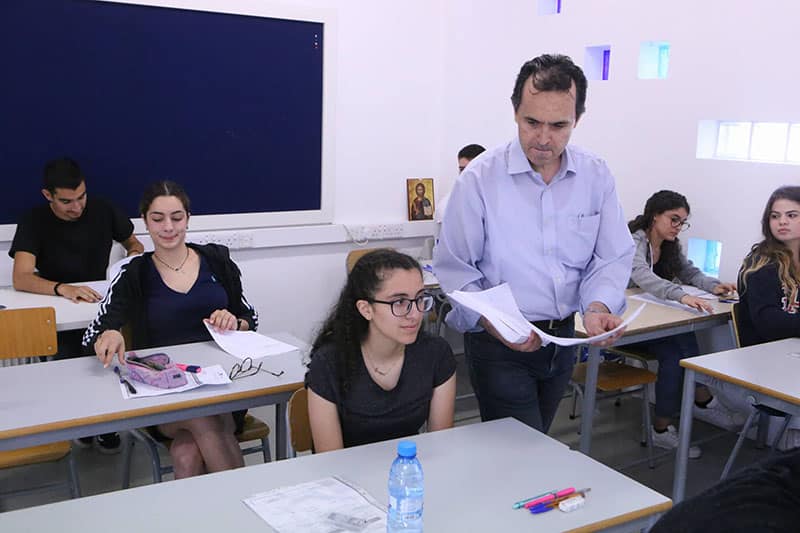 Pancyprian exams started at high schools around the island on Monday with approximately 7,700 students sitting a modern Greek exam, which all school leavers have to sit.

Education Minister Costas Hambiaouris visited students at the Archbishop Makarios III Lyceum in Dassoupolis, Nicosia, before the exam started, saying the ministry is ready to carry out the exams.

The first thing that should be done, he said, is to wish all our students success.

Asked about the modern Greek exams, the minister said “we think they reflect what has been taught. The results will show.”

Personally, he added, he has not seen the exam papers.

Hambiaouris commented on recent problems with exams, saying subjects have been changed as they have in Greece and the issue has been discussed with parents associations on several occasions.

“I think the process has been understood by everybody,” he concluded.

In previous years the three-hour Greek exam has been the cause of controversy both because of the low average grade achieved by students and the difficulty of some questions.

The exams, which will lead to school leaving certificates and entry to University in Greece and Cyprus will be completed on June 8.

More than half a century of photographs