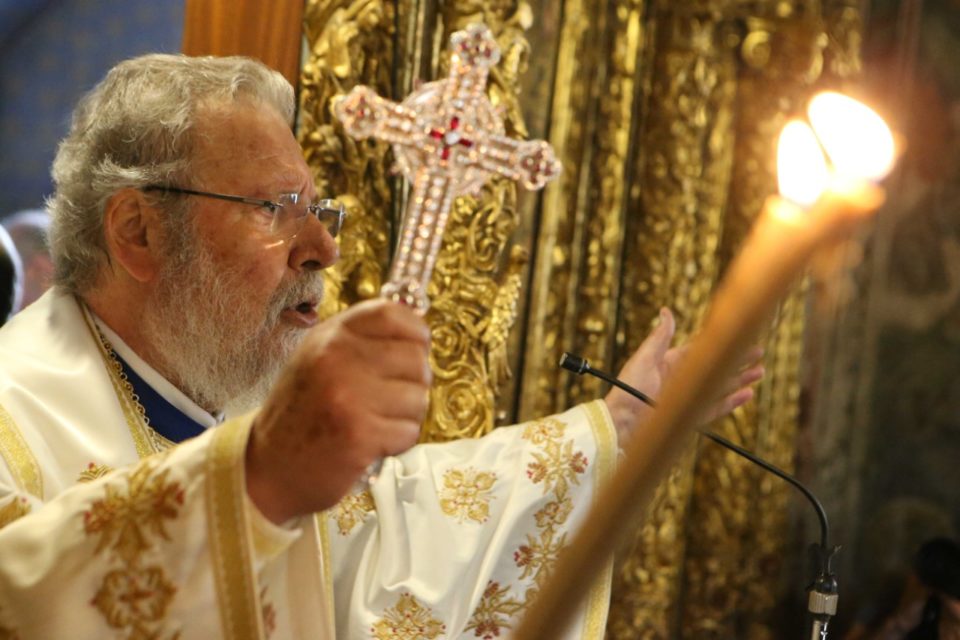 Archbishop Chrysostomos did a great a service to the Greek Cypriot people by revealing last Sunday that President Anastasiades had, on more than one occasion in conversations they had, said that he favoured a two-state solution. People have the right to know what the president has in mind for a Cyprus settlement which they, their children and grandchildren will have to live with, and as Anastasiades felt no obligation to share his plan with them the archbishop was correct to take it upon himself to do so.

Admittedly, anyone following events would not have been surprised by this revelation, as the president’s predilection for a two-state solution has been alluded to on many occasions in press reports in recent years. Anastasiades reportedly often brought the matter up in private conversations with associates. Turkey’s Foreign Minister Mevlut Cavusoglu maintained that Anastasiades had proposed two states as a settlement twice to him, once at a meeting in Crans-Montana and again in New York, but nobody wanted to believe him. He was a Turkish minister with an agenda and was making things up became the official, easy-to-sell line

When he repeated this claim a few weeks ago, the government issued a statement flatly denying there had been such an exchange and insisting this was all a figment of Cavusoglu’s imagination. The archbishop’s comments, however, would indicate that Cavusoglu had not made this up and that Anastasiades’ denials had to be taken with more than a pinch of salt. Yet the government has persisted with the tactic of denials that nobody is now taking seriously. In a written statement, the president, rather unconvincingly, said that the archbishop had misunderstood his positions on a Cyprus settlement. Was it possible for him to have wrongly understood these positions every time the president spoke to him? Chrystostomos said that two states had been mentioned on several occasions.

But even if we do not rely on what the president said to whom behind closed doors, his actions and public declarations on the Cyprus problem in the last few years have been nothing but the building of a case against a bicommunal, bizonal federation (BBF). He fought his re-election campaign without mentioning even a hint of a commitment to BBF. Subsequently, he embarked on a campaign against political equality, the basis of a federal settlement, claiming it would give excessive powers to the Turkish Cypriots and prevent the state functioning. Meanwhile, in the last year and a half, his government’s sole objective was not a settlement but the imposition of EU sanctions against Turkey for its continuous violations of the Cypriot EEZ.

Αll these actions, it could be argued, were designed to shift us away from BBF and lead us by stealth to the only alternative – partition. Whether this would take the form of two states or lead to the annexation of the north by Turkey is a moot point. What matters is that all Anastasiades’ actions and declarations have been aimed at ruling out the possibility of BBF, which he seems privately to have given up on since before the talks at Crans-Montana. Now, however, with the new Turkish Cypriot leadership and Turkey putting the two-state solution on the table, Anastasiades appears to have rediscovered the benefits of a federal settlement, although he still expresses his strong reservations about political equality, without which there could be no BBF.

So, what is it that Anastasiades wants? Does he know, or is the objective to maintain the status quo, with Unficyp guarding the buffer zone, until he leaves office? Whatever it is, people have the right to know. If the president believes formalising separation is in the best interests of the country he should publicly argue his case, instead of trying to lead us there by deceit and deviousness. Accountability has been singularly lacking on the Cyprus problem which is why the archbishop’s revelation served a very good purpose. Despite the denials by the president and his spokesmen, most people will know that the archbishop had not misunderstood what he was told and that Cavusoglu had not made things up.

In fact, instead of issuing denials Anastasiades could try to inform the public what his real plan on the Cyprus problem is, in view of the forthcoming informal meeting at which the type of settlement will be the main issue of discussion.

Brexit is condemned to succeed

Are PCR tests showing too many false positives?