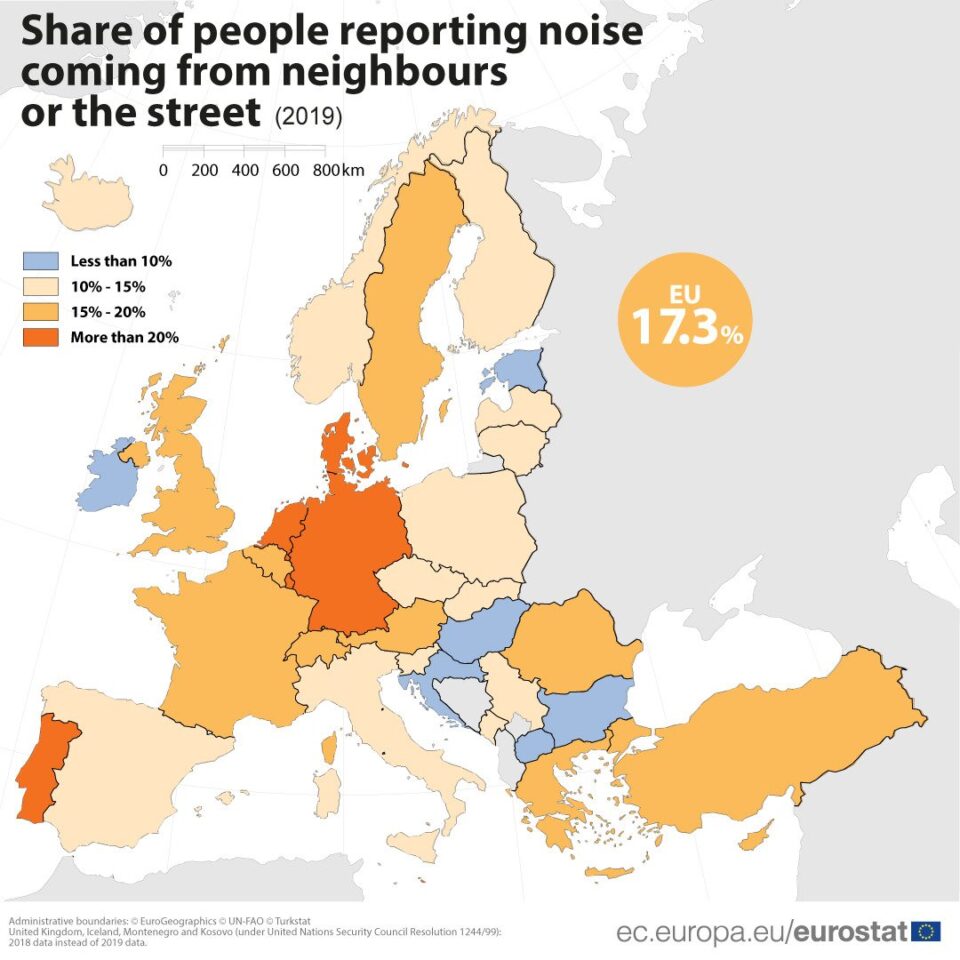 In 2019, 15.4 per cent of the population in Cyprus reported they suffered from noise coming from their neighbours or from the street, lower than the EU average of 17.3 per cent, the latest Eurostat figures show.

This has changed from 2014, when the EU average was 18.5 per cent while the figure for Cyprus was slightly higher, 19.2 per cent.

Across the EU member states in 2019, over a quarter of the population reported experiencing problems with noise from their neighbours or the street, with Malta accounting for the highest at 28.3 per cent, followed by the Netherlands with 26.6 per cent, and Germany, 26.1 per cent.

The lowest proportions were recorded in Croatia, Estonia and Ireland, all 8.2 per cent.

Not surprisingly, more people living in cities report problems with noise than those in rural areas, Eurostat noted.

However, the proportion of people who reported problems tended to decrease as the number of persons in the household increased, the report went on to say.

The proportion of people being affected by noise is higher for single persons aged below 65 (25.2 per cent) than for those above 65 years old (14.9 per cent).

Why Indonesia is vaccinating its working population first, not elderly