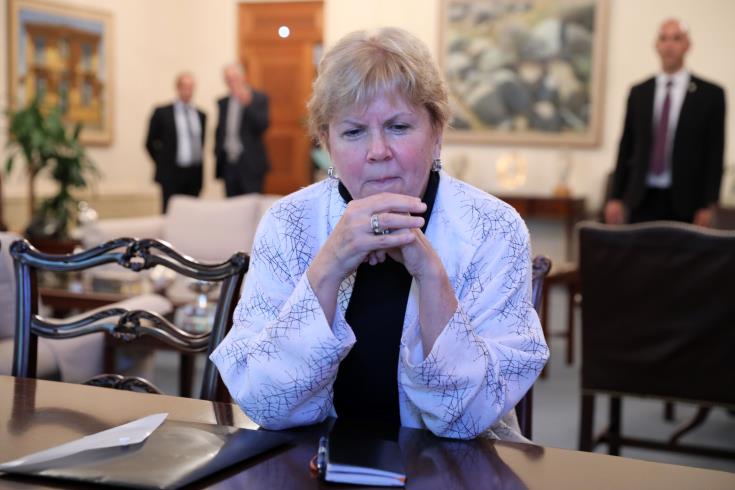 A letter by President Nicos Anastasiades containing suggestions on confidence-building measures (CBMs) aimed at boosting the prospects of a solution to the Cyprus problem has been delivered to UN Secretary-General Antonio Guterres, Foreign Minister Nicos Christodoulides said on Tuesday.

The minister told state broadcaster CyBC the letter includes suggestions on CBMs to reinforce the prospects of a solution based on the agreed framework.

Asked whether reports that among the suggestions was consent to opening the Tymbou airport under UN supervision in exchange for Varosha going under UN administration were true, Christodoulides refrained from commenting.

He called for patience until Guterres assesses the content of the letter and decides on his next move. The minister added that the president’s suggestions were not a publicity stunt but were aimed at reinforcing the prospects of the solution.

“We hope there will be a positive response to the suggestions of the president,” he said.

Christodoulides reiterated the government’s position that there was no issue of changing the solution framework.

After the collapse of the previous round of talks in 2017, Guterres has undertaken an initiative to convene an informal meeting between the two communities on the island and the three guarantors, Greece, Turkey and the UK.

According to media in the north, Lute is expected to meet Turkish Cypriot leader Ersin Tatar on Monday. There have been no announcements as to when she will be meeting with Anastasiades.

In the meantime, the UN Security Council is expected to hold a meeting to adopt a resolution on the renewal of Unficyp’s mandate for another six months on January 28.

On January 14, a teleconference will take place between countries which contribute personnel to Unficyp, while on January 19, Security Council members will be briefed by the UNSG’s Special Representative in Cyprus Elizabeth Spehar on matters to do with the force and the Good Offices mission.

The UNSG’s report about the UN peace-keeping force in Cyprus is expected, on the basis of the programme, to be given to Security Council members on Friday, and to SC members on the same day or by Monday at the latest.

Vaccine dosing intervals: What countries are doing around the world