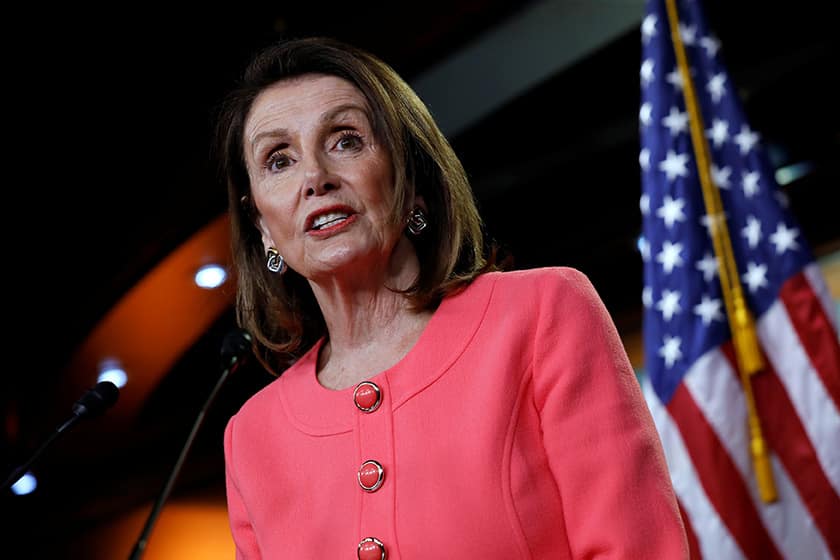 As Democrats in the House of Representatives on Friday prepared to impeach President Donald Trump again if he does not step down, their leader Nancy Pelosi spoke to the top U.S. general about preventing an “unhinged” Trump from accessing nuclear launch codes in the final days of his term.

The extraordinary developments came two days after Trump exhorted thousands of supporters to march on the U.S. Capitol, prompting a chaotic scene in which crowds breached the building, sent lawmakers into hiding and left a police officer and four others dead in their wake.

“The situation of this unhinged President could not be more dangerous,” Pelosi said in a statement, just before a conference call with fellow Democrats to discuss whether to impeach Trump. “If the President does not leave office imminently and willingly, the Congress will proceed with our action.”

Pelosi told members she had gotten assurances from Army General Mark Milley, the chairman of the Joint Chiefs of Staff, that there are safeguards in place in the event Trump tried to launch a nuclear weapon, according to a source who was listening to the call.

While U.S. presidents have access to the codes needed to fire nuclear weapons 24 hours a day, no top military or national security official has expressed any concern publicly about Trump’s mental state with regard to nuclear weapons.

Milley’s office said that Pelosi had initiated the call and that the general “answered her questions regarding the process of nuclear command authority.”

Meanwhile, a majority of Democrats appeared poised to initiate impeachment proceedings if Vice President Mike Pence and Trump’s Cabinet refuse to invoke the U.S. Constitution’s 25th Amendment, which allows them to remove a president who is unable to discharge his duties.

Pence is opposed to such a move, an adviser told Reuters on Thursday.

At least one Senate Republican, Ben Sasse of Nebraska, said he would consider supporting an impeachment proceeding.

Sasse, a frequent Trump critic, told CBS News on Friday he would “definitely consider” any articles of impeachment because the president “disregarded his oath of office.”

Even if the House impeaches Trump at such short notice, the decision on whether to remove him would fall to the Republican-controlled Senate, which has acquitted him once before. With Trump’s term ending Jan. 20 and the Senate scheduled to be in recess until Jan. 19, the prospects of an actual ouster appear unlikely.

Removing a U.S. president requires a two-thirds majority in the Senate. Republican Senate Majority Leader Mitch McConnell has not commented on a possible impeachment.

President-elect Joe Biden has blamed Trump for inciting Wednesday’s violence but has made clear he will not weigh in on impeachment. Pelosi told members she would speak to Biden on Friday afternoon, the source said.

An uncharacteristically subdued Trump on Thursday evening finally denounced the violence in a video in which he also promised to ensure a smooth transition to Biden’s administration.

By Friday morning, however, he had returned to a more familiar and pugilistic tone. On Twitter, he praised his supporters and said, “They will not be disrespected or treated unfairly in any way, shape or form!!!”

The FBI and prosecutors are investigating, arresting and criminally charging people who took part in violence at the Capitol.

Trump also confirmed he would not attend Biden’s inauguration, departing from a time-honored tradition that typically sees the outgoing president escorting his successor to Capitol Hill for the ceremony. The practice is seen as an important part of the peaceful transfer of power.

The House impeached Trump in December 2019 for pressuring the Ukrainian president to investigate Biden, but the Senate acquitted him in February 2020. Only two other U.S. presidents have been impeached, and none has ever been impeached twice.

Democrats are set to take narrow control of the Senate after winning two runoff elections in Georgia on Tuesday, but the new senators will not be sworn in until the state certifies its results later this month.

Coronavirus: one death and 466 new cases announced on Friday (Updated)