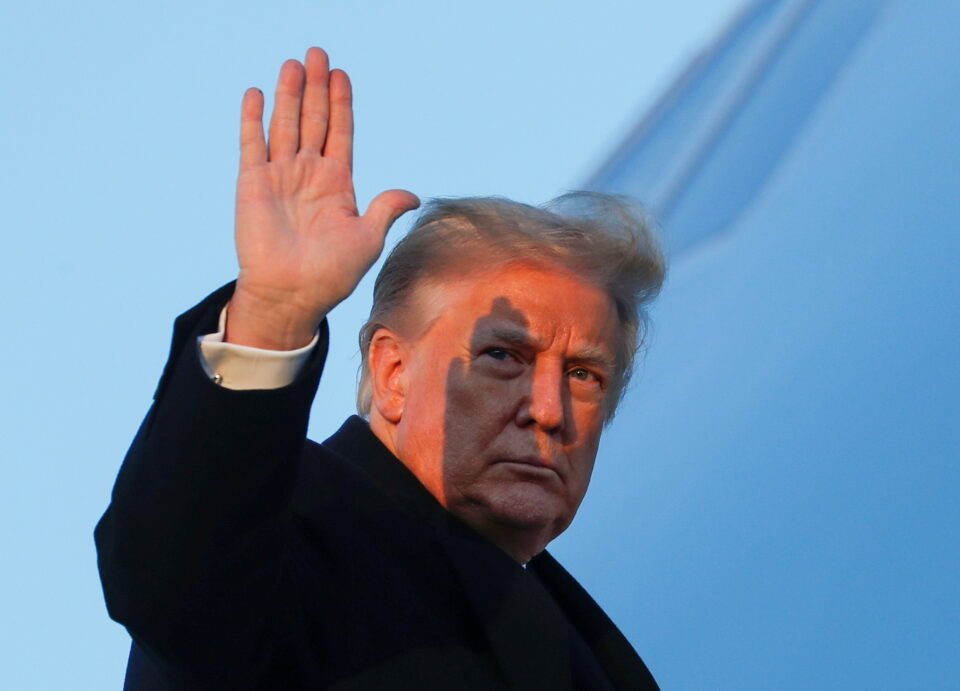 The U.S. House of Representatives expects to begin considering a second impeachment of Donald Trump on Wednesday, a top Democrat said on Monday after the president was formally accused of inciting insurrection ahead of last week’s storming of the Capitol.

House Majority Leader Steny Hoyer told his fellow Democrats the chamber would start the impeachment proceedings on Wednesday if Vice President Mike Pence does not respond to a request to invoke the 25th Amendment of the U.S. Constitution to remove Trump from office, a House aide said.

Passage would make Trump, a Republican, the only U.S. president ever to be impeached twice.

Thousands of Trump supporters stormed the seat of Congress last week, forcing lawmakers who were certifying Democratic President-elect Joe Biden’s election victory into hiding in a harrowing assault on the heart of American democracy that left five dead.

The violence occurred shortly after Trump urged supporters to march on the Capitol during a rally where he repeated false claims that his resounding defeat in the Nov. 3 election was illegitimate. Many House Democrats and a handful of Republicans say Trump should not be trusted to serve out his term, which ends on Jan. 20.

Democrats formally introduced their impeachment resolution on Monday. It charges Trump with “incitement of insurrection.”

“We have a president most of us believe participated in encouraging an insurrection and an attack on this building and on democracy and trying to subvert the counting of the presidential ballot,” Hoyer told reporters.

As the House convened on Monday, Republicans blocked an effort to immediately consider a resolution asking Pence to invoke the never-used 25th Amendment to remove an unfit president.

“The U.S. House must never adopt a resolution that demands the removal of a duly elected president, without any hearings, debate or recorded votes,” said Republican Representative Alex Mooney, who raised the objection.

The House is expected to vote on Tuesday evening on the resolution for use of the 25th Amendment, which allows the vice president and the Cabinet to remove a president who is incapable of fulfilling his duties.

Pence and his fellow Republicans have shown little interest in invoking the amendment, but House Speaker Nancy Pelosi and other Democrats have tried to ramp up the pressure on them to act against Trump. They called on Pence to respond within 24 hours after passage of the resolution.

“As our next step, we will move forward with bringing impeachment legislation to the floor. The president’s threat to America is urgent, and so too will be our action,” Pelosi said in a statement.

Trump acknowledged a new administration would take office on Jan. 20 in a video statement after the attack but has not appeared in public. Twitter and Facebook have suspended his accounts, citing the risk of him inciting violence.

Washington remains on high alert ahead of Biden’s Jan. 20 inauguration, which has been scaled back dramatically because of the raging COVID-19 pandemic.

The National Guard was authorized on Monday to send in up to 15,000 troops to protect the inauguration, and tourists were barred from visiting the Washington Monument due to threats of more violence from Trump supporters.

The FBI has warned that armed protests are being planned in the U.S. capital and in the 50 U.S. state capitals ahead of the inauguration, according to a federal law enforcement official.

The lawmakers who drafted the impeachment charge say they have locked in the support of at least 214 of the chamber’s 222 Democrats, indicating strong odds of passage.

“I heard from several Republicans over the weekend, making sure I was okay, and saying how outrageous this was, and they said that they think this is impeachable. So I think if this comes to the floor, I think you may well see some Republican votes,” she told reporters.

Pence’s office did not respond to questions about using the 25th Amendment to oust Trump. A source said last week he was opposed to the idea.

House Democrats impeached Trump in December 2019 for pressuring Ukraine to investigate Biden, but the Republican-controlled Senate voted not to convict him.

Even if the House impeaches Trump again, the Senate, which is currently controlled by Republicans, would not take up the charges until Jan. 19 at the earliest.

Democrats’ latest effort to force out Trump faces long odds of success without bipartisan support. It requires a two-thirds majority to convict and remove Trump in the 100-member Senate, where Republicans will have a slim majority until the winners of the recent Georgia runoff races are seated and Vice President-elect Kamala Harris is sworn in. Harris would be the tie-breaking vote in the chamber.

So far, only a handful of Republican lawmakers have said publicly that Trump should not serve out the remaining nine days in his term.

Some Democrats worry an impeachment trial could tie up the Senate during Biden’s first weeks in office, preventing the new president from installing Cabinet secretaries and acting on priorities like coronavirus relief.

Biden said on Monday he had spoken to some senators about impeachment, and officials would check with the Senate parliamentarian about whether a trial could be conducted at the same time as other business.

“Can you go a half day on dealing with the impeachment and a half day getting my people nominated and confirmed in the Senate as well as moving on the (stimulus) package? That’s my hope and expectation,” he told reporters in Delaware after getting his second dose of the coronavirus vaccine.