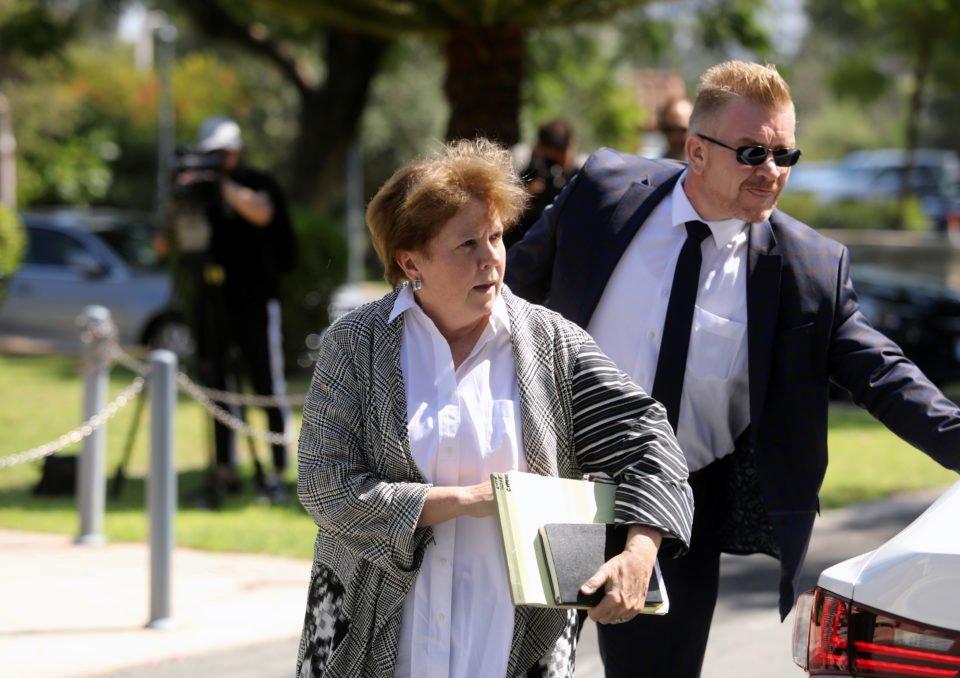 President Nicos Anastasiades will on Monday morning meet the UN Secretary-General’s Special Envoy for Cyprus, Jane Holl Lute to discuss preparations for an informal five-party meeting on the Cyprus issue.
Government sources estimate that Lute would then explore whether she could start building on efforts from any results from the informal meeting.

Anastasiades’ meeting with Lute has been set for 10.30am.

The president recently sent a letter to UN Secretary-General, Antonio Guterres, submitting specific proposals in view of Guterres` initiative for the resumption of negotiations.
Turkish Cypriot leader Ersin Tatar did the same but said that if common ground could not be found, then a two-state solution would need to be on the table. Lute is due to meet Tatar at 2.30pm

Deputy Government Spokesperson Panayiotis Sentonas told CNA that the president conveyed a series of proposals which would contribute to the creation of a constructive climate and strengthen the prospects of a Cyprus solution, in view of Guterres` initiative for the resumption of negotiations.

The prospects for the resumption of talks were also discussed in a telephone conversation between Foreign Minister Nikos Christodoulides and EU High Representative for Foreign Affairs and Security Policy, Josep Borell, according to a post on Twitter.

According to the tweet Christodoulides discussed with Borell the current situation in the EastMed, the ongoing efforts aimed at the resumption of negotiations on the Cyprus problem, and EU-Turkey relations in light of relevant European Council Conclusions of December 2020.

On Saturday, European Commission President Ursula von der Leyen and EU High Representative had a teleconference with Turkey`s President Recep Tayyip Erdogan, where they also referred to the Cyprus issue.

Guterres said he intends to invite all sides to a five-plus-one Conference aiming to explore whether common ground exists “to negotiate a sustainable, lasting solution to the Cyprus problem within a foreseeable horizon,” noting however that skepticism regarding the prospects for a return to the peace talks has risen in both communities in Cyprus, in his Good Offices Mission report to the Security Council.

But Guterres made it clear that “time is working against a mutually acceptable political settlement in Cyprus.”

On the consultations conducted Lute with all involved, Guterres said both sides and the guarantor powers have expressed a willingness to attend an informal five-plus-one meeting under his auspices.

“The purpose of this meeting will be to determine whether common ground exists for the parties to negotiate a sustainable, lasting solution to the Cyprus problem within a foreseeable horizon. I intend to invite the sides and the guarantor powers to this informal meeting as soon as practicable in 2021,” he said.

Guterres also reiterated that “this time must be different, and this informal five-plus-one meeting would help clarify the true extent of the commonality of vision and outline steps necessary to chart a way forward.”

In an interview with the Sunday edition of Greek newspaper “Kathimerini”, Dendias noted that Greece – in full coordination with the Republic of Cyprus – would participate in an informal five party meeting if convened by Guterres.

He also reiterated that the position of the Greek government on the solution of the Cyprus problem was firm in favour of a “bizonal, bicommunal federation, on the basis of the relevant UN Security Council resolutions and the European acquis”.