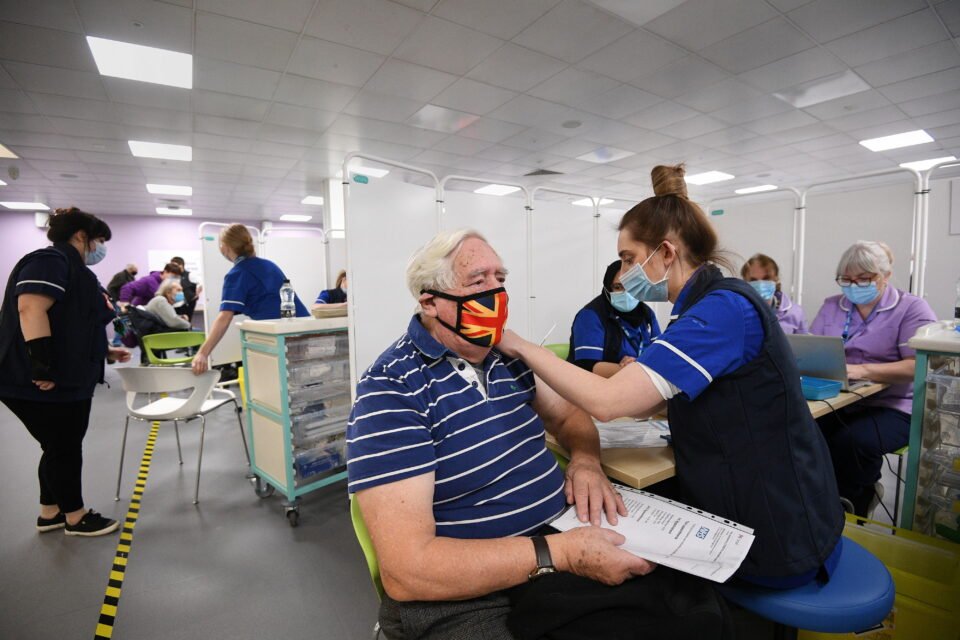 Triage is always crude and messy, and there are always mistakes, but the goal is to save as many lives as possible in an emergency where there are not enough medical resources to save everybody. That certainly applies to the Covid-19 pandemic, and there is certainly rough-and-ready triage going on right now in hospitals across the world.

But there is also something approximating to triage happening with regard to vaccines in the United Kingdom now. The estimable Dr. Anthony Fauci, director of the US National Institute of Allergy and Infectious Diseases for almost half his life, was denouncing it on the media only the other day. But just this once, he may be wrong.

Britain was one of the first countries to start vaccinating people last month when the Pfizer/BioNTech vaccine became available (December 8), and it now has been the first to administer the AstraZeneca vaccine, but both require a second shot three weeks after the first.

At the same time, however, the UK has been ground zero for the new strain of the Covid-19 virus, romantically named VUI/202012/01 (or B.1.1.7 for short). More than half the world’s reported infections are there, and the reason it’s spreading so fast is that it’s three times more infectious than the older variant.

Daily infections in the UK tripled in three weeks, and now regularly exceed 60,000. Deaths from Covid-19 are now well over 1,000 a day, and may stay up there until a sufficient fraction of the population has been vaccinated. Therefore the faster the vaccinations can be done, the fewer people will die or suffer ‘long Covid’ symptoms.

So the chief medical officer of England, Professor Chris Whitty, and his counterparts in Scotland, Wales and Northern Ireland took a brave and potentially momentous decision. They announced that the scheduled second shot of the vaccine would be postponed to twelve weeks after the first for everybody who hadn’t already had it – effectively, for almost everybody in the country.

The advantage of doing it that way is obvious. Whatever speed the vaccinations are being done at, you will be processing twice as many people in the same time if you don’t have to devote half your resources to giving second shots at the same time.

In England, Prime Minister Boris Johnson’s government may be no better than Donald Trump’s pathetic ‘warp speed’ vaccination programme in the United States, which promised twenty million inoculations by the end of December and managed about four million.

From foolishly delayed lock-downs to a shambolic test-and-trace programme that still doesn’t work, the British government has failed every test it was set. The United Kingdom still leads the United States by a hair in the race for the coveted world title of Second-Worst Covid Death Rate for a Large Developed Country. (Italy still leads the field.) But all the more reason to speed up the vaccinations.

Now, the obvious drawback with this one-shot-now, one-shot-twelve-weeks-later approach is that nobody is getting the full protection that would come with a booster shot after only three weeks. Or at least that’s the consensus, although you can find researchers who argue that later is better.

Professor Andrew Pollard of the UK’s Joint Committee on Vaccination and Immunisation is one of them. “If you have a longer gap between that first and second dose,” he told the Guardian, “then the strength of the booster tends to be stronger …. That’s what we see with almost every other vaccine that’s ever been tested.”

There certainly is an element of triage in this. A few people who don’t get their second shot on the original schedule may contract the virus and die while waiting twelve weeks for the booster. However, a lot more people will avoid dying from Covid-19, because twice as many will have received that single shot in the same time.

There is now a steady stream of spokespersons for the pharmaceutical firms that produced these vaccines publicly warning that there is ‘no evidence’ that a single shot gives protection for more than three weeks. Of course there isn’t. All the tests were done with a second shot after just three weeks, so how could there be?

However, it’s just as true to say that there is no evidence that the vaccine’s protection fails after three weeks, and a lot more relevant. The lawyers told those spokespersons to say what they said in order to protect the firms from possible lawsuits, but it would be almost unprecedented in the history of vaccines if the single shot’s protection were to fail so quickly.

That’s not how vaccines work.

Short-term efficacy from the first dose of the Pfizer-BioNTech vaccine is around 90 per cent; for the AstraZeneca jab, it’s 70 per cent. As Prof. Pollard said, “From three weeks after the first dose, we’re not seeing anyone who’s vaccinated admitted to the hospital or developing severe disease.”

In a pandemic, this radical measure is just common sense, and others should take heed.

Our View: Without the EU we would have no vaccines at all