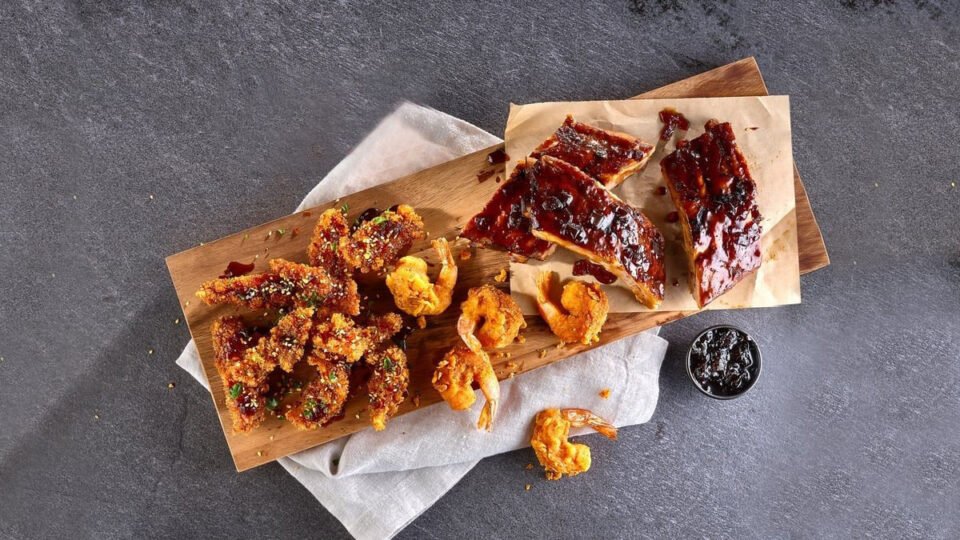 Not being able to go out and enjoy a good restaurant is a little frustrating. However, it does lead to a lot of home cooking and experimenting with new recipes. There comes a point though, where you realise that you aren’t Gordon Ramsey and the novelty of cooking new dishes wears off. We go from one extreme to the other, one moment cooking up a storm, the next, just wanting your food ready and brought to you!

There is only so much souvlakia and pizza a person can take before deciding that it’s high time that something a little more interesting is required. Reaching for my phone and scrolling through different options that are available, my partner and I decided to give TGI Fridays delivery a chance. We hadn’t been to the restaurant for a very long time so we were hoping that this would be a nice treat.

Perusing the menu, there is so much to choose from. It would be understandable if there was a limited menu for delivery but Fridays have gone to tremendous effort and included a huge variety of options from the menu, including their signature cocktails! The app I used helpfully had tabs at the top so that I could easily see, and skip to, different categories such as platters, burgers, signature glaze and healthy superfoods.

I was very tempted by the burger section, namely, the ultimate Fridays signature burger but I wanted to at least be a little more interesting and so scrolled through the ‘signature glaze’ category. The dishes were duck, chicken, pork, ribs and salmon on the grill with the signature glaze. The description for most says that it is accompanied with chef’s vegetables and cheddar mashed potatoes. However, if you prefer, there is the option to change this to crispy seasoned fries. If you’re feeling extra unhealthy, you can even opt to ditch the chef’s vegetables and have mash potatoes and crispy fries!

I thought to choose something that I wouldn’t normally cook at home and so went for the duck. My partner opted for something that is new to the menu and ordered the Cuba Libre chicken thighs served with Spanish rice, swapped for the mash. Hoping that we would be able to fit in a dessert afterwards, we also ordered the Double Oreo madness. Two giant oreo cookies, sandwiched around vanilla ice cream and topped with hot fudge and caramel sauce.

We ordered and very quickly received a message saying that our food would be delivered in 45 minutes so all we had to do was get out the plates and cutlery and wait for the food to arrive!

It did so bang on time. We eagerly pulled everything out of the bags to see what was what. The Oreo dessert looked like it had started to soften so we stuck it in the freezer. Luckily, the hot sauce was not already on it and was instead, in a small pot for us to pour on when we were ready. The boxes had each meal placed in them instead of having chips and sides separated in to different boxes. We were almost tempted to be lazy and eat straight out of the box but the plates were already out so, we plated up.

The food was tasty however it wasn’t the same as being in the restaurant because it didn’t seem to travel well. The main dishes were only slightly warm and my chips had sweated in the box so were no longer crispy fries. My partner’s mash proved to be the better option but still erred on the cold side. We were a little disappointed but not entirely because the glazes that were on the food gave it a good flavour.

After finishing up we remembered the dessert in the fridge and had an Oreo each. The sauce was no longer hot but still yummy. We soon had smiles on our faces again as the dessert was delicious!

If I were to have take-away from Fridays again, I would be there for when it was ready, pick it up myself and walk across the road to sit on a bench down the seafront to enjoy the food while still warm and at its best to fully enjoy the Fridays experience.

Art and adobe: touring the cultural landmarks of Santa Fe

The demanding path to raising a panda cub in captivity