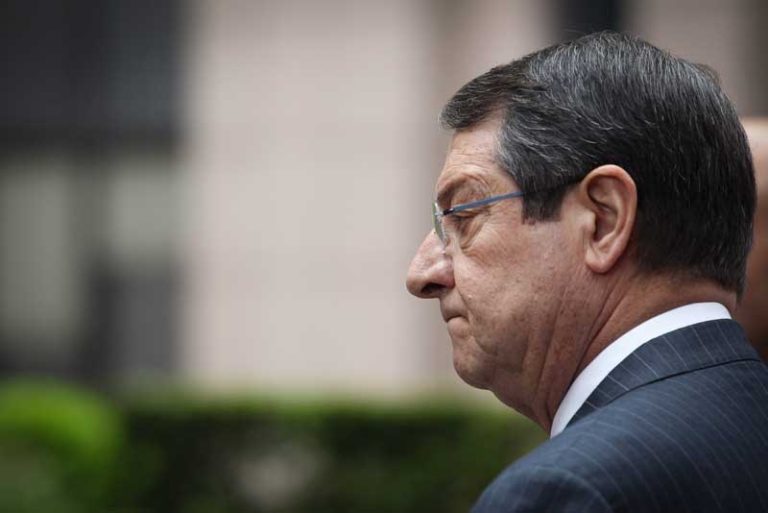 President Nicos Anastasiades on Friday took a swipe at the journalists’ union over the way it defended journalist Andreas Paraschos who had written that the president had made millions from the citizenship by investment scheme and had carried the cash to the Seychelles.

In a letter to the head of the union, Giorgos Frangos, Anastasiades said he was saddened because he felt obliged to revisit the “sad and unacceptable things that happened after the publication of a fabricated and completely false rumour.”

Anastasiades referred to the announcement by the union’s board on Thursday that said among other things, that the whole incident “leaves an indelible negative mark on pluralism of opinion and the ethics of public speech.”

The president on Thursday called on former Kathimerini newspaper director Paraschos to substantiate a report that he made €300m from the citizenship by investment scheme and took the money to the Seychelles on private jets.

On Sunday, Paraschos suggested in his column that Anastasiades chose not to solve the Cyprus problem in 2017 because he did not want to end the citizenship by investment programme, described as the goose that laid the golden egg.

He alleged that Anastasiades had confided to Greece’s prime minister at the time, Alexis Tsipras, that the programme fetched his law firm €300m a year, which he transferred to the Seychelles on private flights. Tsipras rejected this claim on Thursday, saying such a conversation had never taken place.

Anastasiades pointed out that both Greek party Syriza and Tsipras, as well as political leaders in Cyprus, whom the journalist refers to, categorically denied this.

“Nevertheless, the same unsubstantiated allegations continue to be reproduced in the media,” he said. “It is as if someone publicly and without any proof accuses a journalist of being an agent of the Turks and instead of calling on the person who said that to back their allegations, the journalist is called upon to prove that he or she is not an agent.”

“I am not unaware of the existence of mistakes, omissions and problems of the political system, the government of course not excluded,” he said, adding that part of the problem is the fourth estate – the media. “This is because instead of distancing itself from influences and populism it is unfortunately identified with the whole system that is ailing.”
Anastasiades extended an invitation to Frangos for an in-depth consultation in the coming days “in order for all of us to jointly fulfill our duty to our homeland.”

In the meantime, Diko leader Nicolas Papadopoulos, told Politis radio on Friday morning that he too had heard the rumour, but he did not think it was right to repeat it then since he had no proof.

“We hear a lot about President Anastasiades and ministers, but without documentation we do not consider it right to say anything,” he said. Hence Diko’s insistence on the government giving the files on the naturalisation of foreign investors to the audit office for control, he added.

Diko’s refusal to back the state budget for 2021 unless the government granted access to those files to the audit office, led to its rejection last month. This has put the government in an awkward spot since it is now trying to secure the backing of smaller parties that demand to see seriously generous social benefits before casting their approval for the revised budget.

FBI investigating 37 people in the killing of Capitol police officer