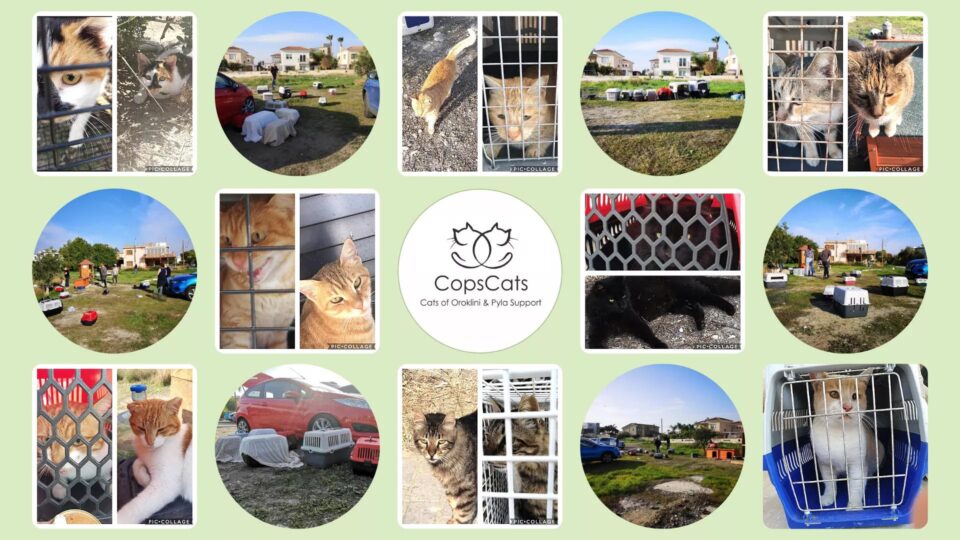 They added that as part of the ongoing investigations, police are interviewing people living near the Cat Café behind the Goldfish restaurant in the coastal area of Oroklini where the cats were found dead, so as to identify the killer.

According to the source, a number of civilians reported the cat killings on January 2 and 3, including a cat found with a serious injury on his head.

Officers went to the scene where they found the bodies of about ten cats scattered over the same area.

“The decomposition state varied, which revealed the animals were killed on different dates,” police said.

The bodies of the cats were taken to the veterinary services for forensic post-mortem examination which revealed the cats were beaten to death.

“I have never seen such a large number of animal deaths in one place,” the source added.

The abuse was also visible at the pictures posted by the CopsCats animal welfare group, who also reported the incident to the police earlier in the month.

“We found eleven bodies in total, but there are still a lot of cats missing,” a representative of the group and the person who found the cats told the Cyprus Mail.

The deaths include the male cat that was found injured and died three days later, the group said.

And there are still more who were found dead later, according to CopsCats. “I heard from a lot of people that they still found more dead cats in Oroklini and Pyla and we suggested they talk to the police.”

To protect the cats, the organisation moved as many of them as they could from the specific feeding station to foster homes and they are working on rehoming them.

“With the killer still out there and the new lockdown hanging over our heads, we had to act,” they said.

According to the group a witness saw a young Cypriot-looking man (20-25 years old) kill two cats at the cat café and toss them in a bin around 7.30pm on New Year’s Day.

Police sources told the Cyprus Mail that there are more reports for poisoning or killing of cats in Nicosia. The reports concern two locations in Aglandja, Ayios Antonios, the Kyriakou Matsi avenue, Efthimiou Hadjipetrou street and Pancyprian gymnasium.