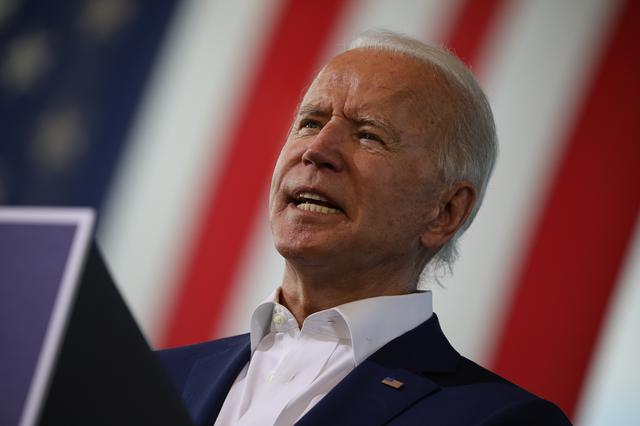 The world is moving on, a new US government, the EU green deal, Greece-Turkey relations, but Cyprus is stuck in the same refrain

THE departure of President Trump and the assumption of the US presidency by Joe Biden is causing a sea of change in the East Med maritime disputes, but also in terms of energy globally.

Turkey has suddenly seen the sense of refraining from past aggressive actions, such as sending the Oruc Reis accompanied by warships to roam disputed areas, trying to impose its own solutions.

President Erdogan’s belligerence may also have been tempered by the dismal economic situation he has led Turkey into, exacerbated by the surprisingly out-of-control spread of the second phase of the Covid-19 pandemic. And by the possibility of additional sanctions by the US and the EU at the Council summit in March.

Entering 2021 President Erdogan promised reform. He said that Turkey’s place is “in Europe. We look to build our future together with Europe”. But this is not the first time he made such promises and rightly so, this is being viewed with skepticism.

However, a positive development for the region, possibly as a result of President Erdogan’s ‘reform agenda’, is the invitation by Turkey, accepted by Greece, to restart exploratory discussions. These are scheduled to begin on January 25.

Greece wants these focused on the maritime disputes, leading to delimitation of maritime zones based on international law, starting from where discussions stopped in March 2016. Turkey is calling for open-ended negotiations. But putting too many issues on the table at the same time increases the danger of disagreements and collapse of the negotiations. A well-defined, narrow, agenda has a better chance to succeed. And a successful start can open the way for further dialogue. What is encouraging though is that both sides are positive about the resumption of exploratory discussions. Hopefully they will also converge to an agreed agenda.

Certainly the coming of Biden must be of concern to Turkey, especially given that within a short length of time the country has become the subject of sanctions both from the EU, but also by the US.

Without change in direction, Turkey is likely to face a difficult time with Biden, who is inheriting three hot problems immediately on the start of his presidency: the S-400s, sanctions under the US ‘Countering America’s Adversaries Through Sanctions Act’ (CAATSA), and the case against the state-owned Halkbank for contravening Iranian sanctions. And then there are Biden’s strong views on civil liberties and human rights, as well as aggression towards neighbouring countries. His choices of Anthony Blinken as Secretary of State and more recently Turkey’s staunch critic Brett McGurk to the National Security Council are seen as challenging – both are well-known critics of President Erdogan’s Turkey.

However, there is a window of opportunity over the next few weeks that hopefully will be seized. But it is very important that aggressive language and threats should be avoided. The recent warning by President Erdogan to the EU that in case it supports Greece and Cyprus, Turkey will return back to offshore surveys and further escalation of disputes – most probably addressed to the Turkish public rather than to the EU – is not constructive.

This subject was discussed at an Atlantic Council webinar on Friday, January 15 with the title “The Biden Administration and Turkey: Transition in Bilateral Relations?”

On assumption of his presidency, Biden is planning to convene an international Summit for Democracy “to “renew the spirit and shared purpose of the nations of the Free World”. Apparently it is debatable whether Turkey will be invited. This is indicative of how far erosion of human rights and freedoms, rule of law and democracy have suffered in Turkey under Erdogan.

At the webinar, in response to a question from me, Sir Peter Westmacott, former UK ambassador to the US and Turkey, said that the Biden administration will be very encouraging of the discussions between Greece and Turkey to resolve their maritime disputes and avoid future stand-offs.

These are key issues the new US administration under Biden will focus on, that will present Turkey with a challenge unless it reforms, both in terms of policies but also behaviour.

Hopefully Erdogan’s promised reforms, both internally and externally, will rise to the occasion – otherwise Turkey will be facing an uphill battle over the next four years.

Where does Cyprus come into this?

Sadly Cyprus is still embroiled in corruption, scandals and disturbing revelations on a continuous basis. Nobody is prepared to take any responsibility, with confidence in government, authorities and institutions completely eroded. Issues are not dealt with seriously, transparently and honestly.

In a recent article in the FT UK readers were asked to consider some warning signs: “deviation from key principles of democracy; opportunistic assaults on institutions…the undermining of accepted truths; the incitement of polarization… the knowing perpetuation of falsehoods, untruths, undermining of shared truths and entrenching the intolerance of opponents…and a toxic blend of zealotry and complicity. All are stretching the elastic of…democracy.”

These words might as well have written with Cyprus in mind. Such is the sorry state of affairs we find ourselves in. But sadly it does not seem to elicit the response it requires.

The example this week of the Dutch government accepting responsibility for a scandal, resigning on a matter of principle, is sadly a rare event.

In Cyprus we are still being told that in terms of energy all is going well and to plan, despite the crisis in the global oil and gas sector and the massive losses, cuts in spending and upheaval the major international oil companies are going through. Despite the fact that Europe has adopted a green agenda and it is firmly putting it into rapid implementation, with the US under Biden about to follow. Despite the fact that all major energy user countries worldwide are pledging green agendas and net-zero emissions by 2050. In Cyprus we are stuck in the same refrain – repeating vague and outdated views of the domestic, regional and global energy sectors, developed in the early 2010s.

The fact that even CERA’s chairman, Andreas Poullikkas, has been calling repeatedly for the need to develop a comprehensive energy plan for the future – something that I have been advocating through my articles in this newspaper – is not being heeded. We urgently need major rethinking and change in direction.