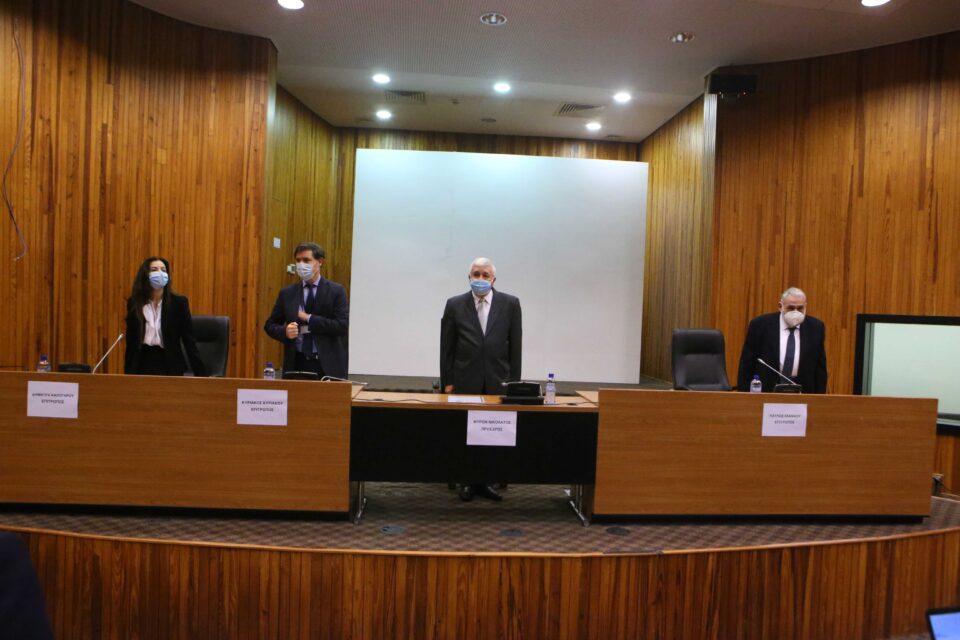 The members of a panel tasked with probing the island’s controversial citizenship by investment (CBI) scheme said Thursday they are waiving any and all remuneration for their services, seeking to quash speculation that they might be compromised after the attorney-general – who appointed them – announced an apparent tripling of their fees.

In a statement on behalf of the four members, chair Myron Nicolatos said that on January 19 – and following the brouhaha over the tripling of their remuneration – they informed attorney-general Giorgos Savvides that they will offer their services entirely pro bono for the duration of their work.

To date, the panel members said, they have received no payment for their services, nor will they accept any money going forward.

“We are here to fulfil our duty, and we are not influenced in any way by anyone else’s actions,” Nicolatos said.

On Monday the attorney-general had announced that the four panel members’ remuneration would be increased.

Opposition parties pounced on the news, saying this put into question the panel’s impartiality – given that the committee are investigating among others members of the government, which at the same time is paying them.

It was reported that under a previous cabinet circular, members of investigative committees receive €10,000 – regardless of the duration of their service.

But a new cabinet circular – issued in early November on the attorney-general’s recommendation – stated the panel members in question would get paid €10,000 for every three months, plus €3,500 for each extra month of work thereafter.

In the event the investigation took nine months to complete, the panel members’ remuneration would come to €30,000 each.

At the same time, and whereas the panel members’ fees would be raised cumulatively, this did not represent a pro rata increase.

Rather, the total remuneration was bumped up to compensate for the duration of the panel’s service, likewise set to be extended.

The panel members were appointed in September last year. By law, committees of inquiry have nine months at most to deliver.

In turn, this indicates that the passport probe will likely wrap up by late May or early June – within the nine-month timeframe.

This was confirmed by panel member Demetra Kalogirou – head of the Securities and Exchange Commission – who also told the Cyprus Mail that she and her colleagues have received “not a penny” so far for their work.

At any rate, payment would have been made upon completion of their work, she said.

Asked why they were now declining any payment, Kalogirou said:

“We don’t want any shadow hanging over us. We wanted to nip in the bud any insinuation that we might not be objective.”

Sources familiar with the matter told the Cyprus Mail that the panel – plus its support staff – costs a fraction than had the government outsourced the investigation to a private consulting firm.

To perform a task like this – enhanced due diligence on foreign nationals who got a Cyprus passport through the investment scheme – private firms might bill as much as €5,000 per high-risk file.

Between 2007 to 2020 – the scope of the investigation – approximately 6,800 foreign nationals received a Cyprus passport via the CBI. The applications or files amounted to about 3,500, as in many cases citizenships were awarded not just to the applicant but also to family members.

Assuming that about a tenth of the 3,500 applications are high-risk – politicians, persons with outstanding warrants – that would work out to 350 files.

Multiplying 350 high-risk files by €5,000 would have meant the government paying a private firm about €1.75 million.

By comparison, the four panel members would have cost the government a combined €120,000 over a nine-month period.

At least, that is, before they waived their fees entirely.