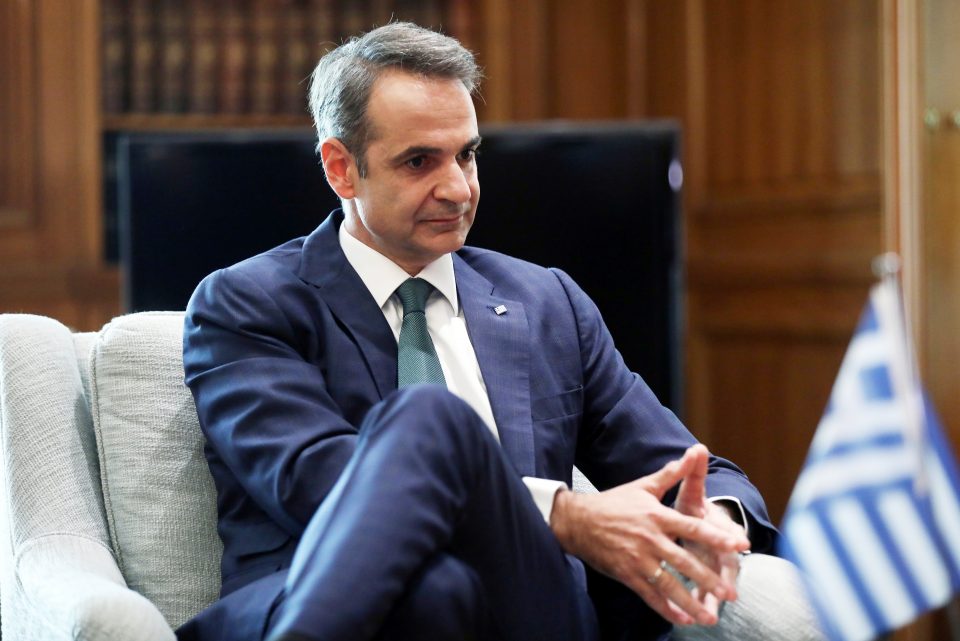 After a four-and-a-half year hiatus, Turkish and Greek representatives are set to meet again in Istanbul this Monday, for the 61st round of ‘exploratory talks’ between the Aegean neighbours.

Yet, while welcomed around the region, the talks’ long-hoped-for diplomatic breakthrough still seems unlikely to arrive.

“We have to be pragmatic that there are slim chances for reaching a successful outcome and a viable agreement,” Professor Sotiris Serbos, Associate Professor of International Politics at Democritus University of Thrace, told the Cyprus Mail.

The reasons behind this are many, with the long history of the talks tracking a history of radical climate change in relations between the two nations – from initial sunshine to current, cloudy hostility.

Indeed, recent times have seen the two states pitted against each other over maritime and aviation boundaries, the plight of refugees and migrants and a host of other issues, ranging from shuttered Orthodox seminaries in Istanbul to tiny uninhabited Aegean islets.

Yet, for all that, the fact that at least the talks have resumed may in itself be no small thing.

“Having a process is better than having a crisis,” says Ioannis N Grigoriadis, an Associate Professor at the Department of Political Science and Public Administration at Bilkent University in Ankara and Head of the Turkey Programme at the Hellenic Foundation for European and Foreign Policy (ELIAMEP) in Athens. “If you don’t have this, you have Navtex and escalation.”

When the exploratory talks first started, relations between Athens and Ankara were warmer than they had been in decades.

The terrible earthquakes that hit both countries in the summer of 1999 had created a wave of fellow-feeling between many ordinary Turks and Greeks.

Seeing this, the foreign ministers of the time – George Papandreou for Greece and Ismail Cem for Turkey – seized the opportunity to improve relations.

The exploratory talks were one outcome of this and were first held in Ankara in March 2002.

Yet, while widely welcomed, they had already run into trouble before they began – the same kind of trouble that still afflicts them today.

This concerns the mandate for what the talks may ­– and importantly, may not – discuss.

Principally, the talks were envisaged by both sides as an informal venue to explore the vexed question of delineating the continental shelf in the Aegean.

This is a major question, as, in a sea containing more than 2,400 islands and islets, many of which are Greek, but within a stone’s throw of the Turkish coast, exactly where the boundary lies is of vital importance.

For some years now, too, Greece has wished to exercise its right under the 1982 UN Convention on the Law of the Sea (Unclos III) to extend its current territorial waters from six miles to 12 – as it has recently done in the Ionian Sea.

For Turkey, however – which is not a signatory to Unclos III – such an extension is seen as threatening its access to international shipping lanes and drastically curtailing its offshore rights.

The Turkish parliament has also declared any unilateral extension of territorial waters by Greece as a reason for war.

Plenty to talk about?

In addition, Turkey argues that a whole range of other issues should be on the table.

These include airspace and overflight rights, the de-militarisation of Aegean islands and sovereignty over various small islets that are not specifically mentioned in international treaties.

Discussing these has long been unacceptable, however, for many Greeks, who see this as an attempt to place sovereignty itself on the negotiating table.

Indeed, Papandreou himself fell foul of this back in 2002, when he initially suggested that the talks might look at a range of “major” issues.

While he was largely referring to long-standing Greek concerns, such as the closure of the Halki seminary off Istanbul, he was rapidly obliged to back-track, telling the Greek parliament’s foreign affairs committee that delineation would be the only issue discussed.

Sixty largely unproductive meetings then followed, while Greek-Turkish relations declined rapidly from the days when Papandreou and Cem famously danced the ‘sirtaki’ on Samos, back in 2001.

The final nail in the coffin came in 2016, when Turkey’s President Recep Tayyip Erdogan made a speech questioning the 1923 Treaty of Lausanne – the whole basis of territorial boundaries in the Aegean and far beyond.

“In Lausanne, we gave away the islands that you could shout across to,” he told officials in Ankara in September that year.

With Greece condemning the Turkish leader’s apparent desire for a redrawing of far more than just the continental shelf, the exploratory talks, it seemed, could go no further, and were subsequently suspended.

Since then, relations between Athens and Ankara have hardly improved, with last summer seeing navies from both countries going eyeball to eyeball in the Aegean.

Turkey’s maritime deal with Libya also extended the theatre of dispute far out into waters off Crete and Kastellorizo, also joining up with the continuing clash over sea boundaries between Turkey and Cyprus.

Yet, at the same time, nowadays too, “Turkey wants to push-forward a positive agenda with the EU,” says Serbos, “such as a new deal on refugees and an upgrading of the EU-Turkey customs union.”

This has made Ankara particularly receptive to EU demands, especially as, “With what happened with Greece, Erdogan has realised just how isolated Turkey is diplomatically,” says Ozgur Unluhisarcikli, the German Marshal Fund’s Ankara director.

“With Trump gone,” says Ekavi Athanassopoulou, an assistant professor of  international relations at the University of Athens, “Erdogan feels more of a need to somewhat restore his image and re-open a constructive dialogue with European leaders.”

For Greece, meanwhile, the talks are a chance for Athens to put forward – once again – its proposal that if agreement on boundaries cannot be reached, the whole issue should go to the International Court of Justice in the Hague.

As for any other issues being discussed, Prime Minister Kyriakos Mitsotakis made clear on January 20, that, “There will be no discussion on national sovereignty,” indicating that the Greek delegation would discuss nothing but the continental shelf.

This insistence may be hardened, too by the possibility that “In 2021, upcoming elections might pop up,” says Serbos, which “could further complicate the already slim chances of reaching an agreement.”

Mitsotakis will not want to be seen taking a conciliatory line with Turkey when votes may be about to be cast.

At the same time, with the Aegean and the Eastern Mediterranean now such important facets of Erdogan’s foreign policy, Ankara will also likely be in no mood for compromise.

Further limiting the Turkish leader’s room for manoeuvre, too, is his electoral alliance with the far-right National Action Party (MHP), which supports an aggressive, even militaristic attitude towards Turkey’s neighbours.

While international pressure may bring Greece and Turkey together again, then, that may not be enough to make them dance a new sirtaki.