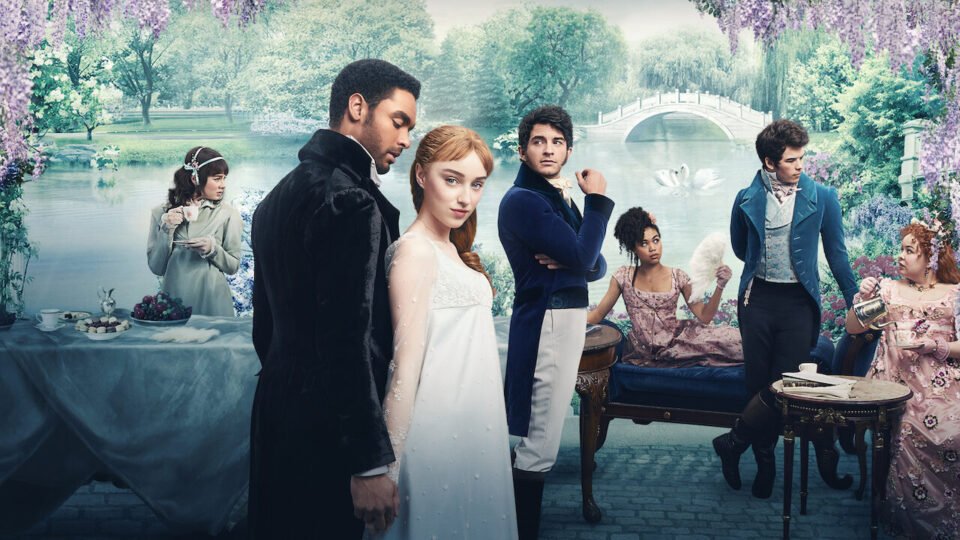 When best-selling romance author Julia Quinn was asked by journalist Maureen Lee Lenker about the progress of her book series Bridgerton being adapted for Netflix, she kept a tentatively positive outlook on the project, particularly after having seen a number of projects being shelved, cancelled or postponed due to the coronavirus outbreak.

“It’s moving along. We really were fortunate that filming wrapped before the pandemic, because that would be the part that would be the most disrupted. They are digging in on post-production right now, and I think it’s going really well,” Quinn said in April 2020.

Bridgerton, a sort of Gossip Girl meets Pride and Prejudice with a sprinkling of The Bachelorette, was eventually released on Christmas day, largely to critical and commercial acclaim, registering high scores in various rating aggregator sites. However, it has not been an entirely peachy ride for the show.

While viewers have broadly warmed to the show’s premise, aesthetics, tone and writing, those who got on board due to their love of the books have voiced their displeasure with the adaptation. As lovers of any literary work tend to do, Bridgerton fans were looking for an adaptation that was more loyal to the original source material, finding the narrative changes too jarring and what was carried over not executed well enough.

However, the looser approach when adapting the books should not have been a surprise, as Quinn herself explained that the show should not aim to be an exact reflection of her books.

“It’s not a word-for-word adaptation, and it shouldn’t be. They’re interweaving a few new stories and different stories, but the heart of this season is the story of The Duke and I and how they did it and how they structured it, is just brilliant,” she said.

Bridgerton, set in Regency-era London, follows two families, the eponymous Bridgertons and the Featheringtons. It is narrated and framed by the mysterious and unseen Lady Whistledown, a gossip-rich newsletter writer, voiced by Julie Andrews.

Bridgerton is produced by one of television’s most well-known and coveted screenwriters and producers, Shonda Rhimes. Rhimes, most famous for creating and producing Grey’s Anatomy, Scandal and How to Get Away with Murder, was snapped up by Netflix in 2017, when the streaming giant inked an exclusive multi-year deal to produce original content for the company.

The overall deal with Rhimes was rumoured to be worth close to $100 million so Netflix is not taking this lightly. This is reflected in the production value on Bridgerton, particularly the sprawling cast and expensive-looking costumes, which Julia Quinn described as “having blown her away”.

Speaking of the cast, it’s hard to summarize this particular aspect here, seeing as the core and recurring cast members could fill a spreadsheet. However, a few quick things to note. Firstly, the classical training and theatre-centric style of acting generally dominate the show, at times working wonderfully when the actors mesh together finely, while at other times there’s some tonal disparity, with scene partners projecting to a different type of audience members. Secondly, the casting of Regé-Jean Page as Simon Basset, Duke of Hastings, will not exactly make the male viewers of the show feel at ease with their own appearance.

Rhimes’ own beliefs and principles do shine through in the show. Rhimes has previously said that the fact that 70 percent of women do not see images in the media that are reflective of them is a ‘terrifying statistic’, adding that it can make girls feel ‘invisible or erased’. Bridgerton does indeed centre women and not in a traditional way.

While a scene in one of the early episodes starts to unfold in a cliche damsel-in-distress manner, the female protagonist does not require the assistance of a man to find a way. In a later episode, during a scene with some old school objectification, it is a man who is the subject of a searching gaze, his veiny forearms becoming the focus of that particular shot.

When discussing how Bridgerton is different to other period dramas, series showrunner Chris Van Dusen summed it up best when he explained the thinking behind the changes made to the source material. “Period shows tend to be a little conservative and a little traditional. We’re not making your grandmother’s period show.”

Omonia cut gap at the top after Apollon stumble