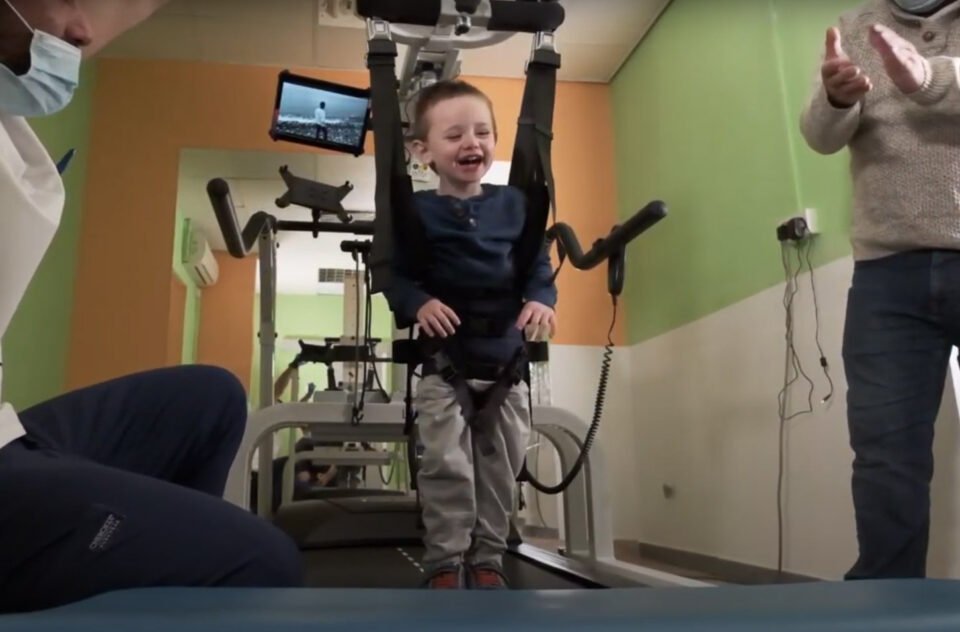 A €32,000 physiotherapy machine has been donated to Paphos general hospital by Cans for Kids, the charity said on Monday.

The weight-bearing gait therapy device has been installed at the hospital’s physiotherapy unit, saving patients in need of treatment a trip out of town.

A video shared on Cans for Kids’ website shows three-year-old Theo, one of the first patients to benefit from the new equipment, taking some joyful steps assisted by the machine. His parents had been previously told he would never sit, walk or talk as he was injured while still in the womb.

Without this equipment, Theo “would have had to have three or four people supporting him”, said his father Kieren, whereas now he is safely supported and can concentrate on the task.

“The delight on his face as he practises his steps on the Litegait is a joy to behold,” said Cans for Kids founder and president Rosie Charalambous, “it’s moments like this that make everything we do at Cans for Kids worthwhile”.

Founded in 1990, Cans for Kids is a charity that donates equipment to children’s wards in local hospitals. Money is raised by recycling aluminium cans collected from can banks across Cyprus, and the charity estimates it has donated equipment worth over €300,000 since its launch.

While the charity usually targets paediatric wards, the machine donated to the Paphos hospital is for everyone, said Charalambous.

Dakota Johnson won’t be singing in public ‘any time soon’