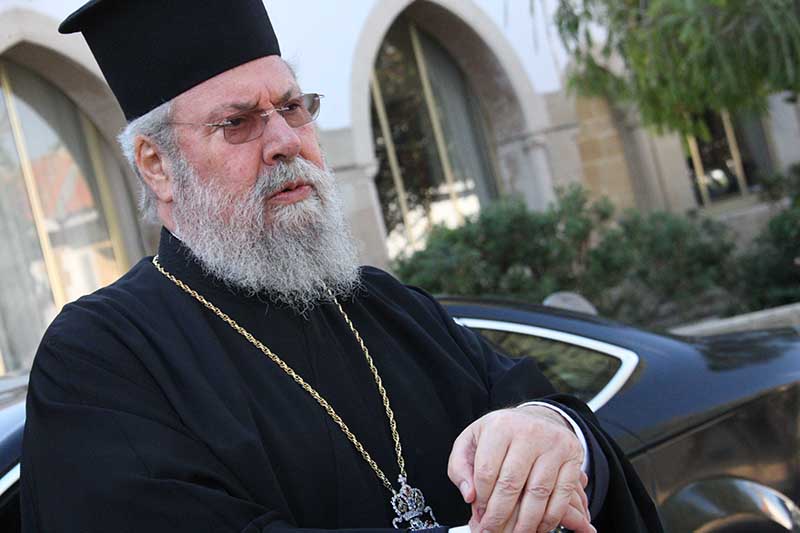 Archbishop Chrysostomos to testify on Tuesday

President Nicos Anastasiades will unveil measures to combat corruption in a televised address this week, government spokesman Kyriako Koushios said on Monday, once more rejecting criticism from opposition Diko that the government wanted to avoid transparency on the now defunct golden passports programme.

Koushios also assured that once the committee of inquiry investigating the issue delivers its findings, responsibility will be apportioned.

Diko says the government’s refusal to hand over all the files relating to Cyprus’ passport-by-investment scheme to the auditor general suggests it has something to hide. The government counters that this would be outside the auditor general’s remit, and that a full, transparent inquiry was already underway by a committee appointed by the attorney general for this reason.

“We recall that the committee of inquiry, which has been given very wide authority, is made up of four distinguished personalities of recognised reputation. A minimum of respect for the committee and its work, as well as to the conclusions it will reach, require that comments and allegations should be avoided,” Koushios said.

Given that the committee meets in open, public sessions, there are no grounds to Diko’s remarks as regards transparency, he added.

The spokesman also took a swipe at Diko, saying the public expected politicians to work together to resolve the many problems created by the pandemic, and not to adopt populist positions in the search for political capital.

The four-member panel will hear three witnesses this week, starting with Archbishop Chrysostomos on Tuesday and continuing with the president of the Cyprus Bar Association Christos Clerides and the director of ICPAC (Institute of Certified Public Accountants of Cyprus) Kyriako Iordanous on Thursday.

The hearings are being held at the Jean Monet hall at the Philoxenia, but on Tuesday Myron Nicolatos, Demetra Kalogerou, Kyriakos Kyriakou and Pavlos Ioannou will convene at the archbishopric because of the archbishop’s mobility problem.

Archbishop Chrysostomos’ testimony is expected to revolve around fugitive Malaysian businessman Jho Low, who bought a villa built on land owned by the church as part of the process of obtaining a Cypriot passport.

The archbishop told reporters on Sunday that the donation made by Low to the theological school had not been spent and he would happily return it to Malaysia if the request is made.

The archbishop said his case was ‘very clean’, adding that the businessman who had sold the villa to Low had asked him to send a note to the minister to support the passport application. The letter had reached the minister after the passport was granted, he added.

Meanwhile, Clerides told Alpha TV on Monday that the Bar Association has been looking into the issue as regards its members and has received the unredacted Kalogerou report as well as two probes by the auditor general.

Investigations have started. The probe into one law firm has been completed but further investigations were suspended because of the measures to contain the spread of the coronavirus which sets limit on how many people can be physically present in an office. They will resume as soon at the first opportunity, he added.

Clerides said about 200 law firms and administrative companies had been involved in the citizenship-by-investment programme, of whom 140 had handled fewer than 10 citizenships, 35 had handled up to 50 and ten had handled more than 50.

He said he was certain the majority of lawyers had complied with the rules, although at first sight there are also indications of irregularities.

The Bar Association president said disciplinary proceedings were pending, as were procedures regarding compliance with anti-money laundering association. He would not elaborate.

France to put in frigate offers as Greece beefs up military