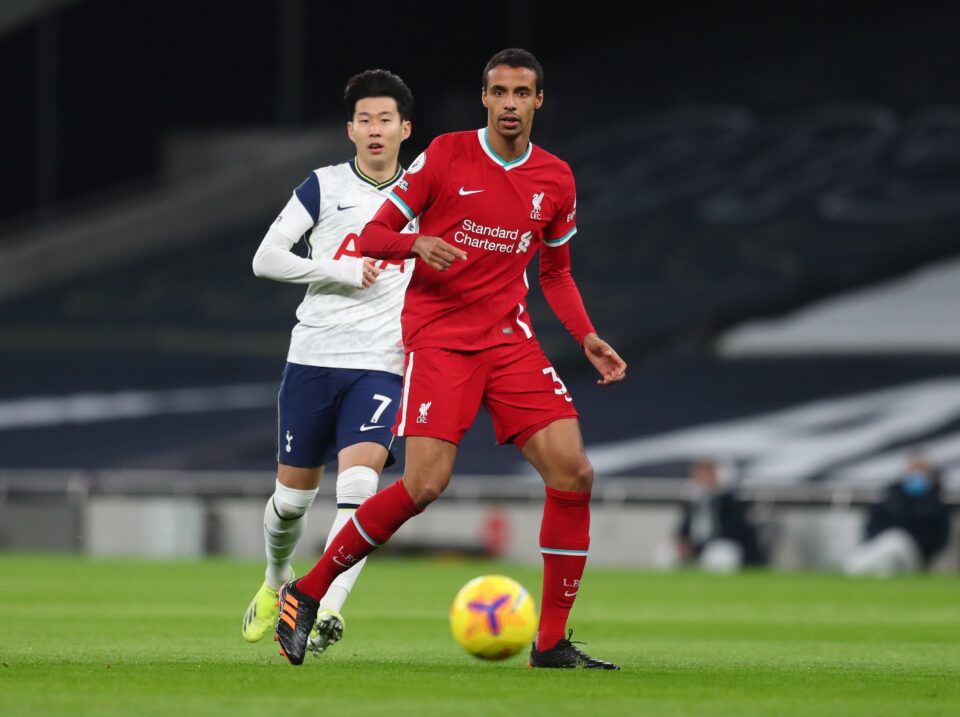 Klopp fielded a makeshift central defensive pair of Matip and midfielder Jordan Henderson at Tottenham Hotspur Stadium after Fabinho — who has filled in at the back with several defenders out injured — was ruled out with a muscle problem.

Virgil van Dijk and Joe Gomez are out long term and Liverpool’s centre back injury crisis has deepened after Matip, who was out with an adductor strain earlier this season, left the match on Thursday midway through.

“We got aware of the struggle of Matip with his ankle. There was no chance to play on. It’s his ankle ligaments,” Klopp told reporters.

Klopp, who described Matip’s injury as “serious”, said he was running out of options at the back.

“We have players still, but not a lot in the defensive line to be honest … it’s really incredible what’s happening there.”