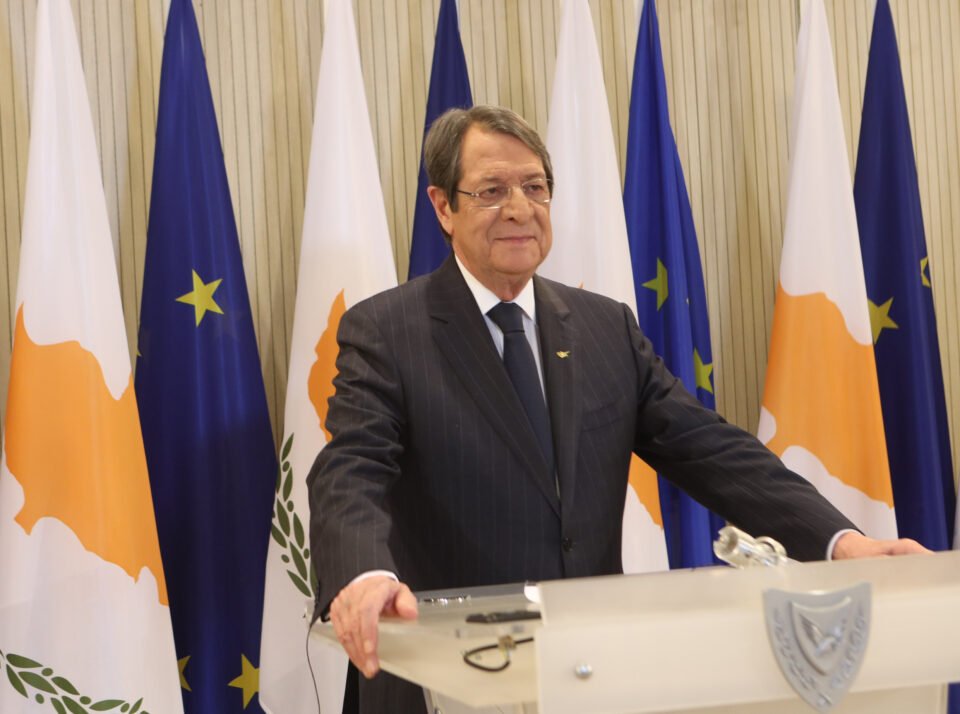 President Nicos Anastasiades, addressing the people of Cyprus on issues related to corruption on Thursday night

Opposition parties went on the counterattack on Friday, saying President Nicos Anastasiades’ claims that he was a victim of a smear attack over Cyprus’ now defunct golden passport scheme were a desperate attempt to shift the blame elsewhere.

In strongly-worded statements, Akel and Diko said that instead of apologising for dragging Cyprus’ reputation through the mud, the president had tried, but failed to present himself as the injured party.

In a televised address on Thursday evening, Anastasiades had acknowledged flaws in Cyprus discredited citizenship-by-investment programme but said that the scheme had been deliberately weaponised in a bid to scapegoat him personally.

The president lambasted his political adversaries for irresponsibly blowing the weaknesses in the passport scheme out of all proportion. He also accused them of hypocrisy, saying they had never said a word about the scheme before, even though its provisions were well known.

The message did not go down well with the opposition. Akel said the president had not only confirmed that he was unrepentant, but also shown himself to be divorced from reality. Rather than apologise for the harm to the country’s reputation, he had attempted to shift the blame.

“It is sad that a president who has led Cyprus into disrepute does not realise the damage he is causing to the country. Never before has corruption in our country reached such unprecedented levels as under the Anastasiades-Disy government,” Akel said.

What was worse, the president has refused to address the issue of conflict of interest in the issue of the golden passports – his own and of ministers’. And he refuses to talk about his family’s law firm and companies which have become rich from the government’s decisions and about the hundreds of citizenship applications submitted by offices linked to members of his government, it said.

This, and other examples, were not rumours or propaganda as the president claimed, but the stark reality, it added.

Diko president Nicolas Papadopoulos accused the president of opting for a monologue to blame others and deny his own and his government’s responsibilities for the biggest scandal of the Republic of Cyprus.

Describing the president as ‘clearly irritated’, Papadopoulos said Anastasiades was imagining conspiracies in the House, the network Al Jazeera which ran exposes on Cyprus’ golden passports, independent institutions in Cyprus, the European Commission and others.

“Does he really believe we coordinated all these people?” Papadopoulos queried. What was even more amazing was that his own ministers had, in their statements to the committee of inquiry, contradicted his claim that the programme had been amended so as to fill gaps.

“It is President Anastasiades who is to blame for the international shaming of Cyprus. No monologue can change this reality,” he added.

For its part, socialist Edek reiterated the need for a comprehensive and objective probe into the passport scheme from the first day of its operation and the apportioning of criminal, disciplinary and political responsibilities where they are due.

Edek also asked for all parties to contribute to a full investigation into the leak of House documents to Al Jazeera.