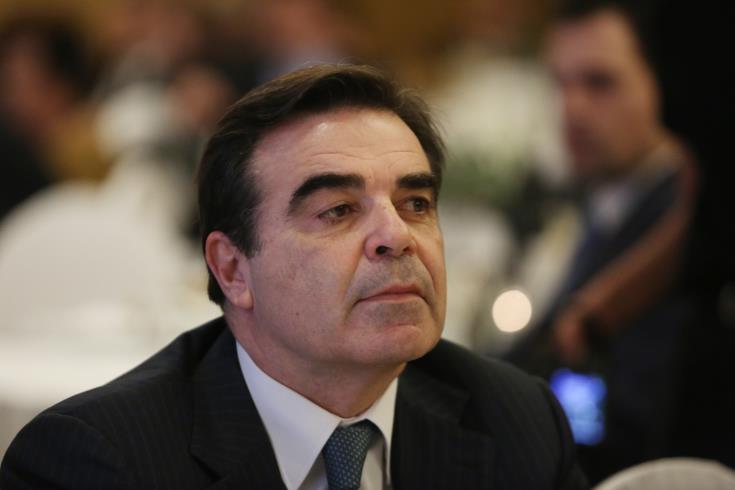 The pace of diplomatic activity is picking up ahead of the 5+1 informal conference on Cyprus slated for the beginning of March with the arrival this coming week of British Foreign Secretary Dominic Raab on Thursday and a visit by Turkish Foreign Minister Mevlut Cavusoglu to the north on Monday and Tuesday.

At the same time, a visit by the EU’s High Representative Josep Borrell is also on the cards before the conference though no date has been fixed.

The EU has already said it would not countenance two states in Cyprus, which is what the Turkish side has been touting, while the Greek Cypriot side says it wants to stick to the decades-old agreed formula for a bizonal, bicommunal federation (BBF).

Observers have begun to say it could possibly be something in between – a loose federation as spoken of previously by President Nicos Anastasiades with a single international identity, although the president said on Friday, he would not consent to anything other than a BBF.

UN Secretary-General Antonio Guterres, couched in diplomatic language, appeared to move the goalposts last week when he said despite the fact that his mandate required him to pursue a BBF, he was open to hearing other ideas on condition both sides had a common view of what it was they envisioned as a solution.

A day later the UN Security Council approved the Unficyp mandate for another six months, reaffirming the UN’s commitment to a BBF, a line that was welcomed by the Greek Cypriot side.

However, this did not please the Turkish side. On Sunday the Turkish foreign ministry said the UNSC’s insistence on a BBF and it was unacceptable for the Council to “prejudge the solution to be decided by both sides”.

“The UN Secretary-General Antonio Guterres in his report on his Good Offices dated January 8, 2021 did not refer to any solution model and pointed to ‘a mutually acceptable solution’. Nevertheless, the UN Security Council’s insistence on a bizonal, bicommunal federation that has not been possible for more than 50 years is to prejudge the solution to be decided by both sides and is unacceptable,” Turkish foreign ministry statement said.

It added that the aim of the informal 5 + 1 meeting was to determine whether there was common ground or not for the solution and where the parties “are expected to honestly reveal their visions regarding the future”.

“It would be beneficial for the Security Council, instead of imposing on the parties a process that does not produce a solution, which has been tested and exhausted, to secure the ground that will allow the discussion of new ideas that will make the solution possible,” the statement added.

Meanwhile the EU also weighed in on Sunday with Commission Vice President Margaritis Schinas, in an interview with Kathimerini said “those who talk about two countries in Cyprus have not asked the EU”. In the interview Schinas talks about the contacts he had with Cypriot Foreign Minister Nikos Christodoulidis and with Mevlut Cavusoglu, which he said indicated that the 5+1 meeting would focus on possible solutions.

At the same time, he did not rule out a stronger EU presence to ensure that any solution is in line with the acquis communautaire, but noted that it was still too early for this debate.

The main issue for the EU, he added, was for a reunited Republic of Cyprus to be a member state of the EU and the eurozone. “It must operate with ‘European software’ especially in the areas of governmental and political action where there is Community legislation and competence,” he said. Europe must be the absolute criterion within which a possible solution would fit.

“This is a one-way street and Europe will insist and get involved in this, in order to avoid any arrangements that would run counter to this basic principle”.

Governance shortcomings that must be urgently rectified

The hidden treasure in an army camp