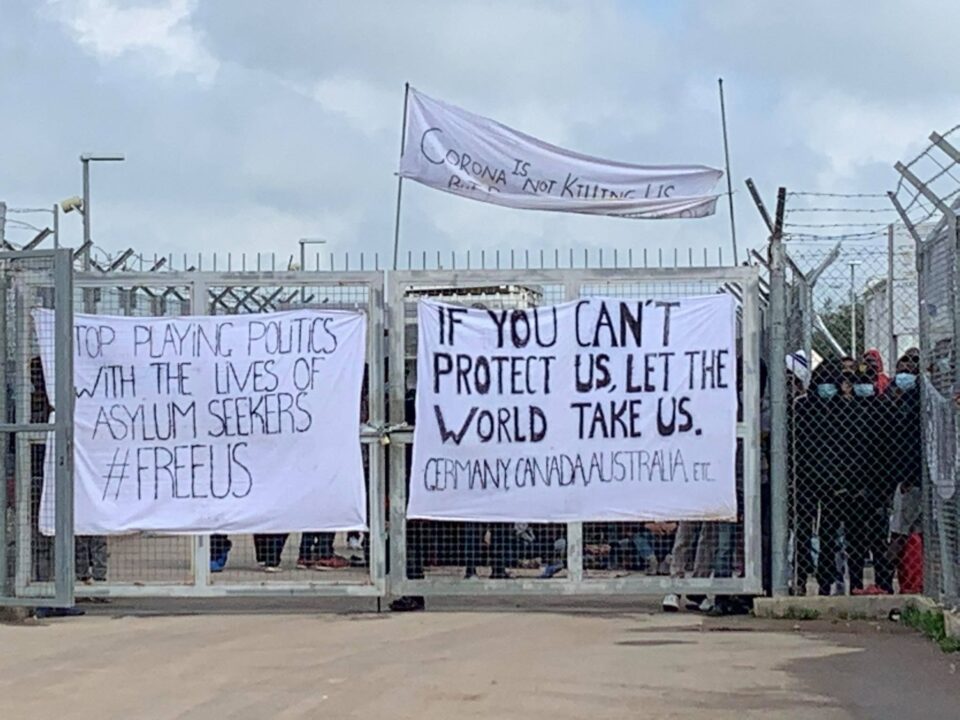 Police in anti-riot gear gathered outside the Pournara migrant reception centre on Monday morning after residents there staged a protest calling for permission to leave the premises.

The migrants said it was a peaceful protest against their protracted detention at the facility and their living conditions, which one of the residents said were “inhumane”.

Waving banners calling for them to be allowed to go to other countries and claiming ‘It is not Coronavirus that is killing us’, the migrants protested within the centre.

The protest ended after an official went to talk to the protesters. No incidents were reported.

Police gathered outside the reception centre during the protest as a precaution following last month’s clashes at the same camp between Syrians and Africans that led to the injury of 35 people and serious damage to the centre’s infrastructure. At the time authorities had said the centre was hosting around 1,500 migrants while it has a capacity for only 1,000.

Last week, another protest took place in Pournara over delays in the migrants’ application process. The protesters had requested to be allowed to leave the reception centre as they had already applied for asylum and completed their quarantine period.

The reception centre in Kokkinotrimithia is designed to host asylum seekers for a maximum of 72 hours until health checks are carried out but due to the pandemic, people staying there are banned from leaving the premises.