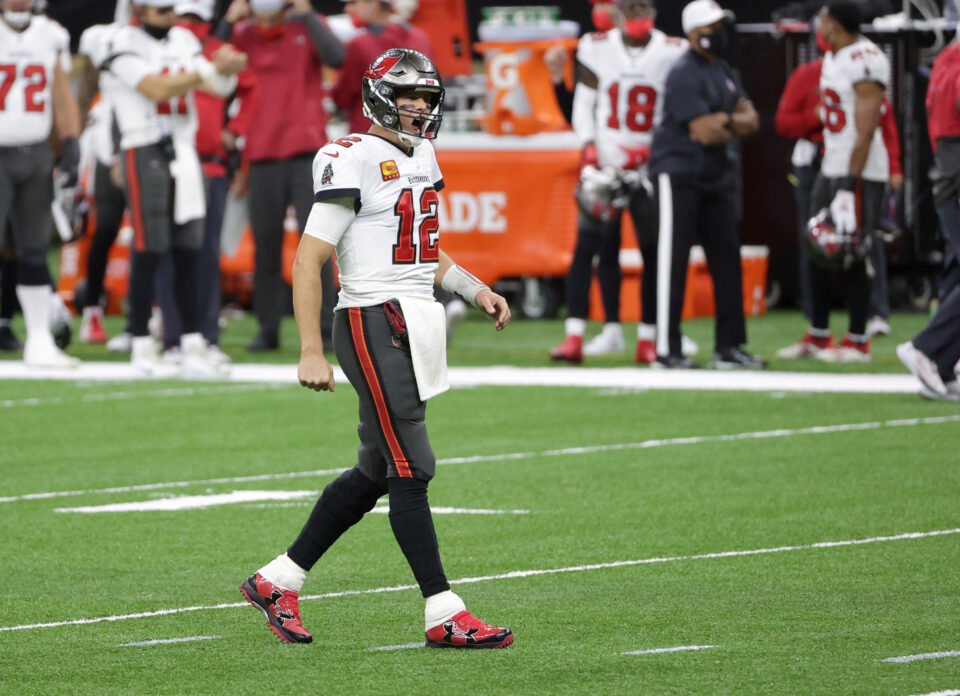 Record-setting quarterback Tom Brady is at it again, this time without even lifting a finger.

Fanatics, the NFL’s official e-commerce partner, said the six-time Super Bowl champion, who is in his first season with the Tampa Bay Buccaneers, has become their best-selling NFL player ever for the two-week period between the conference championship games and the Super Bowl.

Tampa is the top-selling market for Brady merchandise, followed by New York, Orlando, Boston and Miami.

The retailer didn’t release official sales figures but noted that the Northeast market is contributing to the Brady spree. The New England Patriots failed to make the playoffs last year after Brady led them to six wins in nine trips to the Super Bowl during his 20 years with the franchise.

The Buccaneers face the Kansas City Chiefs on Sunday in Super Bowl LV.

Fanatics had numerous Brady jerseys for sale on Tuesday night, including the red, black and white versions that had Super Bowl patches, selling for between $90 and $120 depending on whether the jersey was cut for a child, man or woman.

Boyle expects sales to escalate if the Buccaneers win, as fans of winning teams tend to buy apparel to commemorate a championship season. Tampa Bay hasn’t won a Super Bowl since 2003.

“We are preparing for both teams’ championship, and we anticipated Tampa Bay’s sales would be higher,” he said.

The sales of Brady‘s merchandise, which includes jerseys, T-shirts and other items, are more than double what they were following his last AFC conference title game appearance as a Patriot following the 2018 regular season, when he led New England to an overtime win over the Chiefs.

Fanatics also said it took just three days after this year’s NFC conference title game for sales to hit what they did in the full two-week period in 2018.

“It’s a phenomenon we have never seen before,” Boyle told The New York Post.

Top players typically account for 20 percent of a team’s sales, but never 50 percent, which is the case with Brady‘s merchandise compared to the sales of his teammates’ apparel and merchandise, he added.

Brady‘s No.12 Bucs jersey was Fanatics’ No. 1-selling jersey across all sports from last Aug. 1 to Nov. 1, while the NFLPA lists him as second in sales for the whole 2020 season, behind Kansas City Chiefs quarterback Patrick Mahomes.

Brady has the NFLPA’s highest-selling jersey with the Patriots in 2018 and 2019, but his jersey sales skyrocketed 900 percent since he signed as a free agent with Tampa Bay last March.

Before his arrival, the Buccaneers didn’t have a single player in the top 50 in NFLPA jersey sales in 2018 or 2019.

Coronavirus: sports restrictions to be gradually eased from next week

Additional lifting of measures in sports unlikely to happen in February