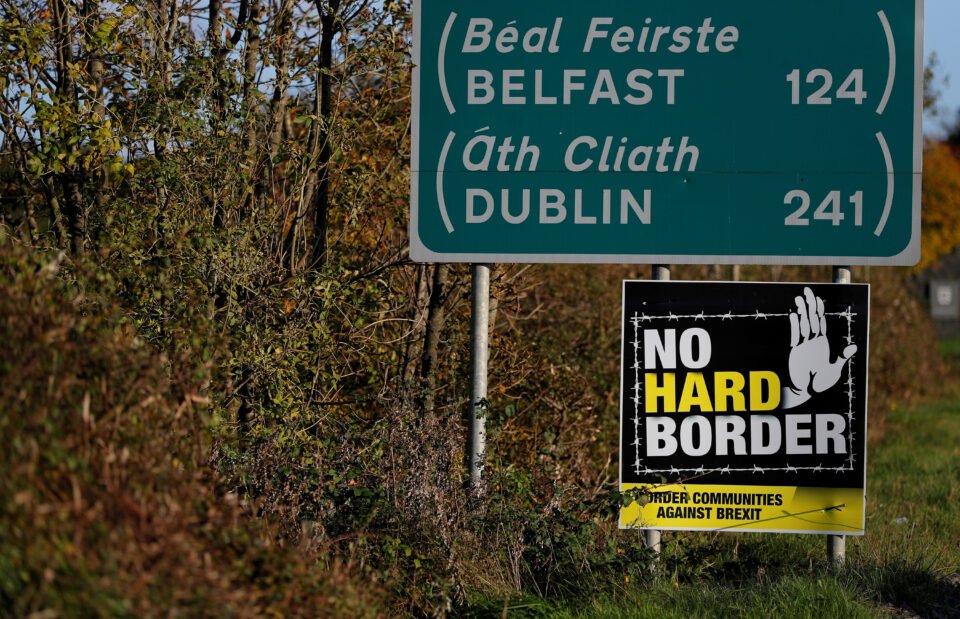 The European Union is considering demands by Britain and some Northern Irish politicians to extend grace periods for goods checks, but post-Brexit trade arrangements for the province will not change much, Ireland’s foreign minister said.

A dispute over the Northern Ireland protocol, which stems from Britain’s Jan. 1 exit from the EU’s orbit, threatens to reopen a rift that bedevilled years of Brexit talks.

Many pro-British Northern Irish unionists fiercely oppose the new trade barriers and some of the checks were suspended at two ports this week after reports of staff intimidation in a region beset by violence until a peace deal 23 years ago.

“The idea of grace periods was to allow time for adjustment, not to put permanent alternatives in place. Whether it is possible to extend some of those grace periods is I think under consideration,” Simon Coveney told BBC Radio Ulster on Thursday.

“But I think we need to be realistic, there is not going to be dramatic change here. This is about looking at existing flexibilities, using them more effectively and taking a pragmatic approach within the confines of the protocol.”

In a long list of demands on Wednesday, British minister Michael Gove asked for waivers to be extended from a few months to at least two years. Northern Irish First Minister Arlene Foster, a unionist, called for fundamental reform.

Coveney said that while the EU executive would be open-minded, there were limitations.

“Some of the asks are not even in the power of the European Commission anyway without going to a European Council (of member state leaders), which I don’t think they will want to do,” he said.

“The vast majority of countries across the European Union take the view that Brexit is now closed, the negotiation is over and the systems that have been agreed and put in place to implement that agreement just need to get on with that.”