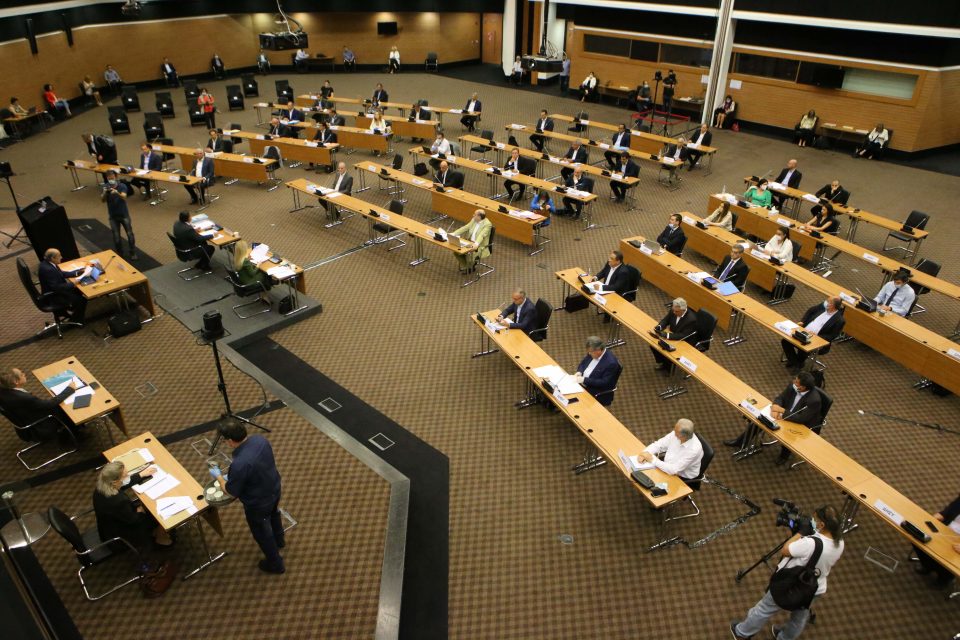 At last! The Georghadjis List has been published. It is a list of politically exposed persons indebted to the “institutional” banks operating in Cyprus. The list has been the subject matter of discussions and acrimony to an extent that was unknown in contemporary Cypriot history.

The Georghadjis List is a listing of borrowers running into 27 pages with the names of the debtors and the amounts politically exposed people (PEPs) owed as of December 31, 2018. It shows the amounts due to the Bank of Cyprus, the Hellenic Bank, Alpha Bank, Eurobank and the Sedipes Group (Co-op Asset Management Company) that were classified by the banks themselves as uncollectible, if the security that was obtained at the stage of contracting the loan was not resorted to.

The Georghadjis List has the important advantage of being an accumulation of “raw data”. I say that advantage because – frankly – I would not have trusted the persons who strongly resisted the publication of the list to “edit” it. Our politicians and in particular our MPs need to acknowledge that the public does not have much trust in them. This is the consequence of Al Jazeera’s shocking revelations: the rendering of the PEP statements of wealth a totally useless exercise and the ease with which – at least some of them – have been borrowing well beyond the limit permitted by the level of the income they have been declaring and subjecting to tax.

What were the arguments used by the opponents of transparency?

One of the arguments advanced by those who fiercely opposed the publication of the Georghadjis List was that it contained individually insignificant amounts (of less than €1,000). Yes, it is true that a statement, which is automatically generated by a computer, cannot distinguish between what is significant and what is insignificant, unless a definition of significance is given. However, do our politicians really believe that the citizens of this country are so stupid that they would condemn somebody to the “eternal fire” because he has failed to pay a petty amount outstanding on his credit card account? No, the people are not as stupid as you think they are.

Then came the argument that the list is out-dated and, therefore, it is a worthless document. To start with, nobody would object to our politicians requesting (on a voluntary basis) an updated Georghadjis List, reflecting the December 31, 2020 balances. If I had to guess, I would say that they are not going to do it because, if such an updated list revealed substantial reductions in the amounts due to banks, then much more burning questions would be raised concerning the sources of the funds used to reduce the debts outstanding in December 2018. These were debts the banks had judged that the borrowers were not in a position to repay and hence were classified non-performing.

A further argument utilised by the opponents of publishing the list was that the banks invariably seek to suck the blood of the borrowers, especially in these extraordinarily adverse economic conditions that we are currently going through as a result of the pandemic. Under these circumstances, the publication of the Georghadjis List was the banks’ attempt to blackmail overdebted MPs to drop their support for legislation designed to relieve debtors from unsustainable obligations. This argument discloses an unjustified lack of MPs’ understanding of the nature of banking operations.

Banks are simply intermediaries between depositors (from whom they borrow money, on a short or medium-term basis) and borrowers (to whom they lend money, as a rule on a long-term basis). A bank’s own capital (the capital contributed by the shareholders) constitutes a fraction (slightly above 10 per cent) of the funds that are managed by the bank.

We all know that the shareholders and the bondholders of the two large Cyprus banks have lost all the funds they had invested, mainly because the debtors of these banks were not in a position to honour their obligations. Substantial losses were also suffered by ordinary depositors as a result of many bank debtors proving to be untrustworthy. It follows that when the banks lend money recklessly and when they fail to follow up non-performing loans, they are “playing” with somebody else’s money: the money entrusted to the banks by their depositors.

Let’s now turn to the last argument advanced by the politically exposed persons, namely that their failure to promptly serve their debts is a matter of no concern to the voters. According to them, what is of importance is whether the politically exposed persons have utilised their political power to secure preferential favourable arrangements for their own personal benefit. Such preferential arrangements, they say, are the issues that one needs to focus on.

This is yet another example of MPs’ blatant ignorance of how the banking industry operates. Even those most ignorant of finance and banking are aware that the principal factor which determines the cost of borrowing (the borrowing interest rate) is the risk of the borrower failing to repay the debt contracted. It is, indeed, for this reason that a few years ago the effective interest rate on Greek government bonds reached the level of 30 per cent per annum.

Similarly, even ignorant people know that borrowing rates vary over time, depending on the generally prevailing economic conditions of the marketplace. Hence, many years ago, an interest rate of 9 per cent was considered “normal”, while today a fraction of 9 per cent is considered excessive. Furthermore, the interest rate actually charged varies with the risk policies followed by each bank but also by whether the bank has a liquidity surplus or a liquidity deficiency. Under these circumstances, who is the person who – at a given moment of time – will judge the case of each and every borrower and conclude as to whether the terms under which the loan was contracted were “improper” or not?

I can tell you that there is no serious person in the world who would undertake such a task and whoever would accept such terms of reference would be an imposter.

I have given careful thought to the possibility of naming certain of those who are involved and especially those who resorted to threats to avert the publication of the Georghadjis List. In the end, I decided not to name anybody because in doing so I would have inevitably favoured some while disfavouring others. In any event the list is now public and is at the disposal of everyone without exception. I simply point out that all the political parties are well represented on this notorious list.

The publication of the list has introduced a welcome element of transparency and it has set a precedent for a transparent approach in assessing the economic behaviour of the politically exposed persons.

The flimsy excuse of protecting personal data is simply a smoke screen. Our politicians, if they wish to remain on the political scene, must come to terms with the idea that they will be forced to go around naked, even if it results in exposing the imperfections of their bodies.

Then, and only then, will we be able to bring about the highly desired catharsis of our political life.