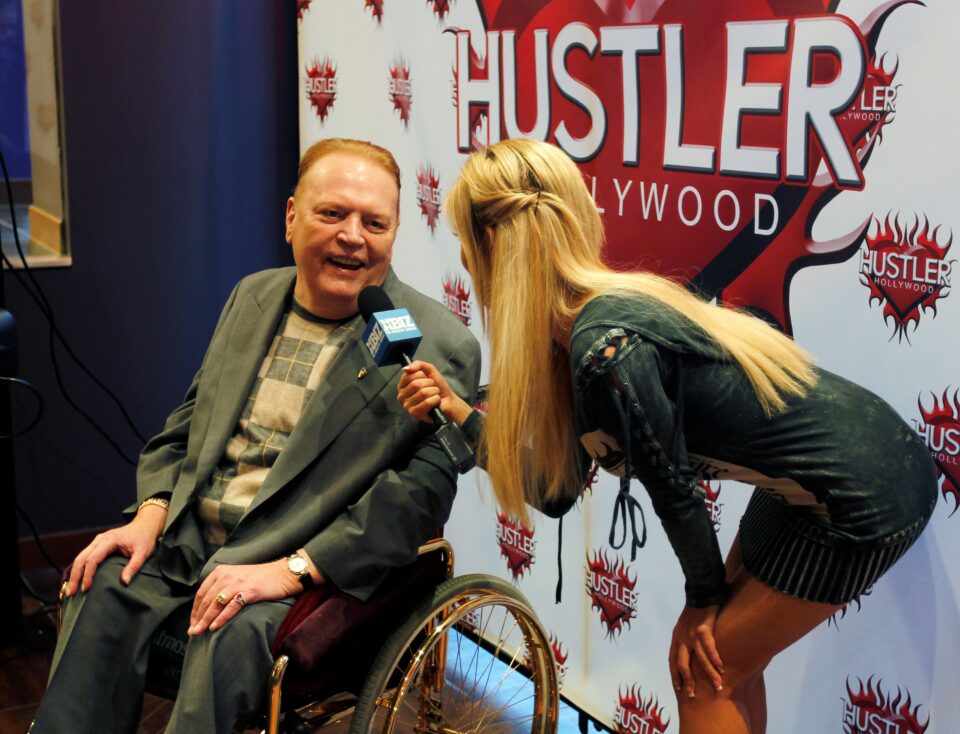 Hustler magazine publisher Larry Flynt Jr., the self-described “smut peddler” who used his pornography empire and flair for the outrageous to push the limits of free speech and good taste, died on Wednesday at the age of 78, his publicist said.

Flynt, suffering from a variety of health problems since a 1978 assassination attempt that left him a paraplegic, died “from the recent onset of a sudden illness,” according to Minda Gowen, spokeswoman for Larry Flynt Publications, which runs the adult entertainment business he founded.

Flynt died in his sleep at Cedars-Sinai Medical Center in Los Angeles, with his wife, Liz, and daughter, Theresa, at his bedside, Gowen said in a statement.

Celebrated by some as a free-speech provocateur and reviled by others as a profiteer of sexual exploitation and misogyny, Flynt was renowned for taunting critics with such outlandish stunts as appearing in court wearing a diaper made from an American flag.

In the most famous of numerous legal battles in which he was embroiled, the U.S. Supreme Court rendered a landmark ruling in favor of Flynt in a libel lawsuit brought against him by evangelist Jerry Falwell.

Flynt had published a fake ad in Hustler which depicted Falwell saying his first sexual encounter had been with his mother in an outhouse. Falwell sued for $50 million and won a lower-court ruling, but in 1988 the Supreme Court held that the ad was a parody and protected by the First Amendment.

In his heyday, Flynt lived a lifestyle that could have made Caligula blush. He wrote in his autobiography that his first sexual experience was with a chicken and told of having sex every four or five hours during a workday. After he was paralyzed, Flynt had penile implant surgery so he could continue to have sex.

Flynt created a business with an estimated turnover of $150 million at one point. As magazine circulation slipped, he stayed ahead of trends by investing in adult-oriented television channels, a casino, film distribution and merchandise.

He said he never objected to being labeled a smut peddler as long as he was considered a First Amendment crusader, too.

“Just because I publish pornography does not mean that I am not concerned about the social ills that all of us are,” he once told an interviewer.

His detractors saw Flynt as anything but a hero.

“Larry Flynt should be remembered as a scourge on society,” Dawn Hawkins, executive director of the National Center on Sexual Exploitation. “He directly contributed to and profited from the sexual exploitation of women for the majority of his career, and our culture is poorer for it.”

Flynt was often in legal trouble, fighting obscenity charges or lawsuits, and he often turned courtroom appearances into spectacles. His profane outbursts once prompted his own lawyer to ask a judge to have Flynt bound and gagged.

Born in 1942, Flynt grew up in poverty in Kentucky and Indiana and dropped out of school after the eighth grade. Following stints in the armed forces and a General Motors plant, he and his brother opened the Hustler Club in Dayton, Ohio, in 1968. By 1973 it had grown into a string of strip clubs across the state, and Flynt published a newsletter to promote them.

That newsletter evolved into Hustler magazine, his flagship publication, which came to be infamous for featuring explicit photos that made competitor Playboy seem mild by comparison. Virtually nothing was off limits on Hustler’s pages, and Flynt made a point of publishing photos of women’s genitalia.

Flynt reveled in controversy. He made news by publishing pictures of a nude Jacqueline Kennedy Onassis sunbathing in 1975 and a cover image of a naked woman being fed head first into a meat grinder. In 1998 he offered $1 million to anyone who could catch high-ranking U.S. government officials in a sex scandal.

“My competitors always masqueraded their pornography as art,” Flynt told the Cincinnati Post. “We never had any pretensions about what we did … We have proved that barnyard humor has a market appeal.”

He was convicted in 1977 in Cincinnati on obscenity and organized crime charges, but the verdict was overturned.

In 1978 Flynt was standing trial on similar charges in Lawrenceville, Georgia, when he and his attorney were shot. Joseph Paul Franklin, a white supremacist, later confessed to the shootings, saying he was upset by Hustler’s photographs of interracial sex, but was never prosecuted.

Flynt was left paralyzed from the waist down by the shooting, restricted to a $17,000 gold-plated wheelchair for the rest of his life.

In October 2013, one month before Franklin was executed in Missouri for racially motivated murders not related to the Flynt shooting, Flynt wrote in the Hollywood Reporter that he did not believe in the death penalty and did not want Franklin put to death. He did want vengeance, however.

“I would love an hour in a room with him and a pair of wire-cutters and pliers so I could inflict the same damage on him that he inflicted on me,” Flynt said.

His life was the basis of the 1996 movie “The People vs. Larry Flynt,” starring Woody Harrelson and focused in part on Flynt‘s Supreme Court case.

Labeling himself as a “smut peddler who cares,” Flynt launched longshot bids for president in 1984 and for California governor in 2003.

In 1977, he converted to evangelical Christianity at the urging of Ruth Carter Stapleton, sister of then-President Jimmy Carter, but renounced those beliefs the following year after the Georgia shooting.

Flynt‘s 1996 autobiography was titled “An Unseemly Man: My Life as a Pornographer, Pundit and Social Outcast.”

He was married five times and had four surviving children.