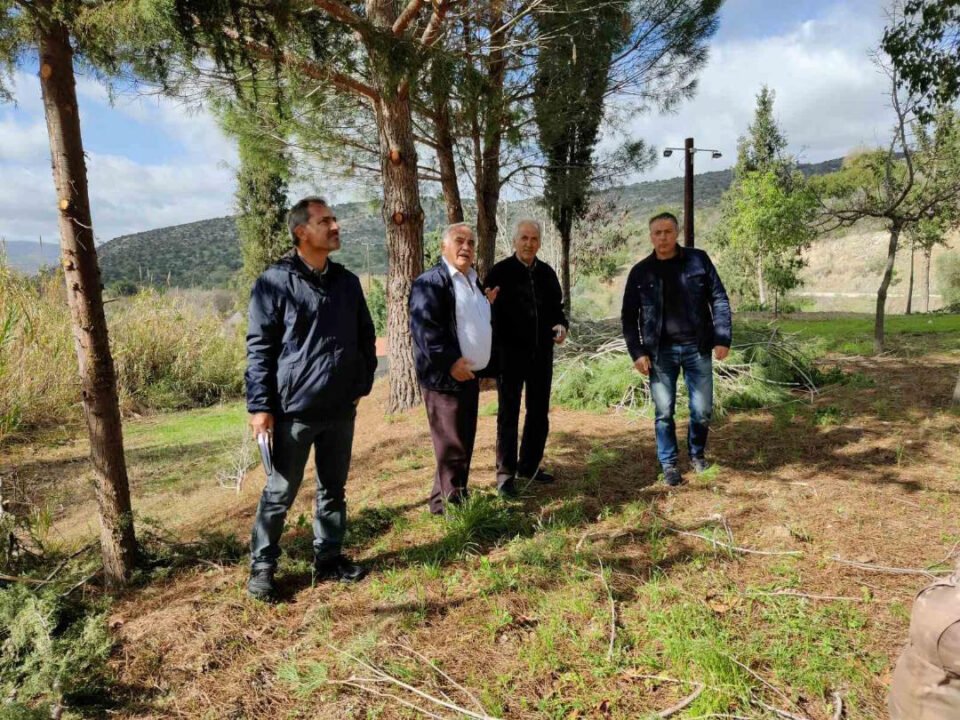 The regional director of the forest department, head of the Paphos regional board, the leader of the Peristerona Community and an architect-designer were in the area on Friday

There is an urgent need for a holistic approach to the problem of abandonment and complete ‘withering’ of the Cyprus countryside before it’s too late, the Paphos regional board of tourism said on Friday.

The comments were made following an onsite visit to the community of Peristerona this week, to find ways to best move forward with opening up rural areas and so encourage more people to enjoy the countryside.

Upcoming improvements are part of a venture which is a joint effort between the ministry of tourism and the Paphos regional board of tourism.

The regional director of the forest department, head of the Paphos regional board, the leader of the Peristerona Community and an architect-designer were all present, the tourism board announced.

“The purpose of the meeting was to coordinate the various bodies with the researcher and make decisions about the next steps,” a statement said, adding, “a  feasible study for the revitalisation of the  countryside must be done before the situation is too late and damage becomes irreversible.”

The planning for the opening of a nature study path has already been agreed, while a collaborator / researcher has commenced the design of a model picnic area that meets the needs of today, the tourism board noted.

In addition, a 92 km cycling route has been completed in the area that connects the communities of Peristerona, Lysos, Steni, through Stavros of Psokas, and already in progress are a number of actions that include interventions for better presentation of various points of interest along with signs and general tidying of the community, said Nasos Hadjigeorgiou, the head of the Paphos regional board of tourism.

“In close cooperation with the ministry of tourism, we will intensify the efforts for the implementation of several actions in various communities of the Paphos district within the framework of the Action Plan for 2021 and the coming years,” he said.

Our View: Politicians always remember refugees when elections are nigh