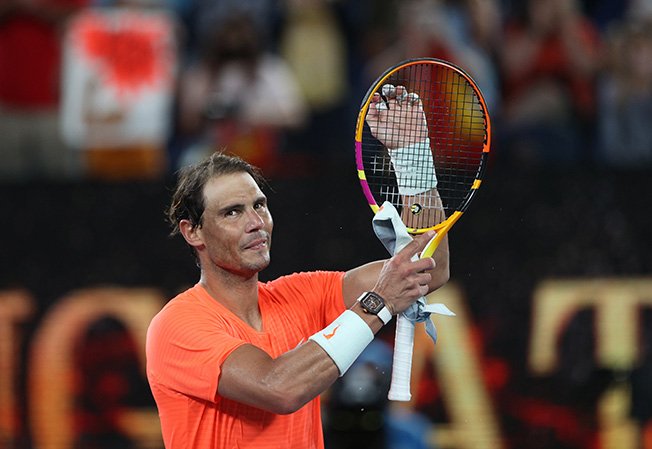 Second seed Rafa Nadal overcame some stiff early resistance from Britain’s Cameron Norrie before easing into the fourth round of the Australian Open with a 7-5 6-2 7-5 victory on Saturday.

After being heckled by a loud-mouthed fan in his previous round, Nadal enjoyed an incident-free evening in an empty Rod Laver Arena to reach the round of 16 at a Grand Slam for the 49th time in his career.

Nadal won the opening six points of the match, but Norrie was not intimidated in his first meeting with the Spaniard and claimed the first break of the match to lead 3-2.

He was immediately broken to love though and folded at 5-6 to drop serve again and hand Nadal the first set in 48 minutes.

Thereafter it was a routine day at the office for Nadal, who dominated without ever needing to find top gear, showing no sign of the lower back injury that dogged him in the warmup.