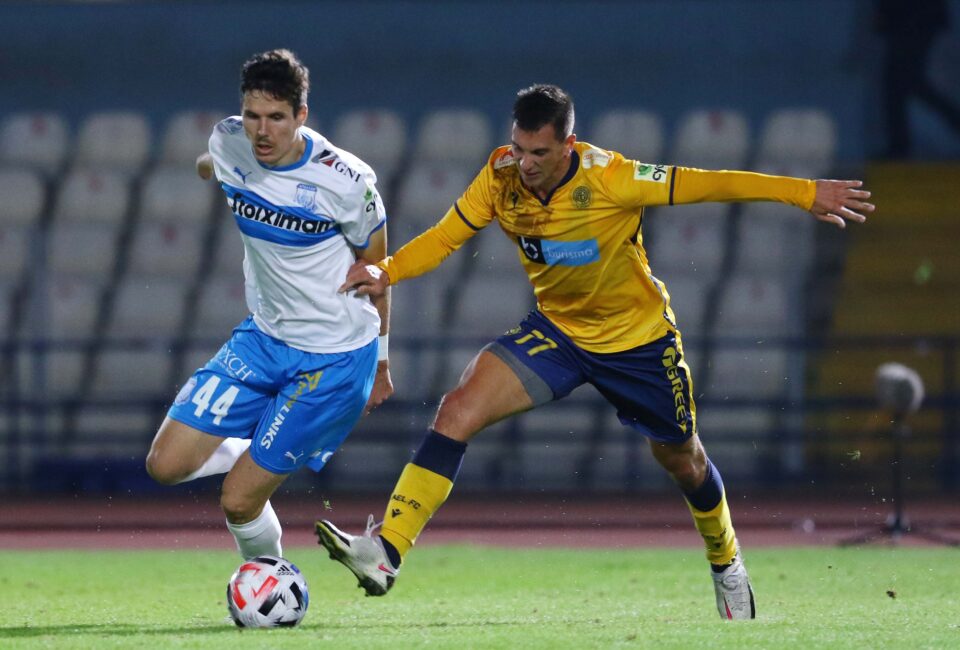 AEL-Apollon will play on Monday night

After a weekend of unrest that saw both Apollon and AEL football fans storming each other’s fan clubs police will increase their presence in Limassol on Monday night as a crucial local derby is scheduled to be played at Tsirio stadium.

On Sunday afternoon, AEL fans set fire to the outside area of the Apollon fan club in the Ayios Antonios neighbourhood, before throwing Molotov cocktails inside the premises.

Firefighters arrived on the scene shortly after and eventually managed to control the situation.

The incidents started on Saturday, when a group of hooded Apollon fans gathered outside the AEL fan club and started throwing rocks at the building, breaking windows and damaging cars parked nearby.

As a result, police announced that an increased presence of police officers belonging to the rapid response team (MMAD) will be deployed before Monday night’s game to prevent fans from colliding.

Specifically, a total of 30 MMAD officers will be stationed outside the stadium, along with 40 ant-riot policemen from Limassol and Paphos.

Ten police cars will also patrol the area around the stadium and the fan clubs, the police announced.

On Sunday night, Apollon and AEL released a joint statement condemning their fans’ actions and underlining that such behaviour has no place in the city of Limassol. Both clubs urged their fans to abstain from creating problems.

Both teams are having a very positive season so far. Apollon currently stand second in the Cyprus championship table with 51 points, behind leaders Omonia but with one game in hand and the possibility of overtaking the Nicosia team at the top.

AEL are currently third with 49 points and the chance of overtaking their rivals with a win in the derby.