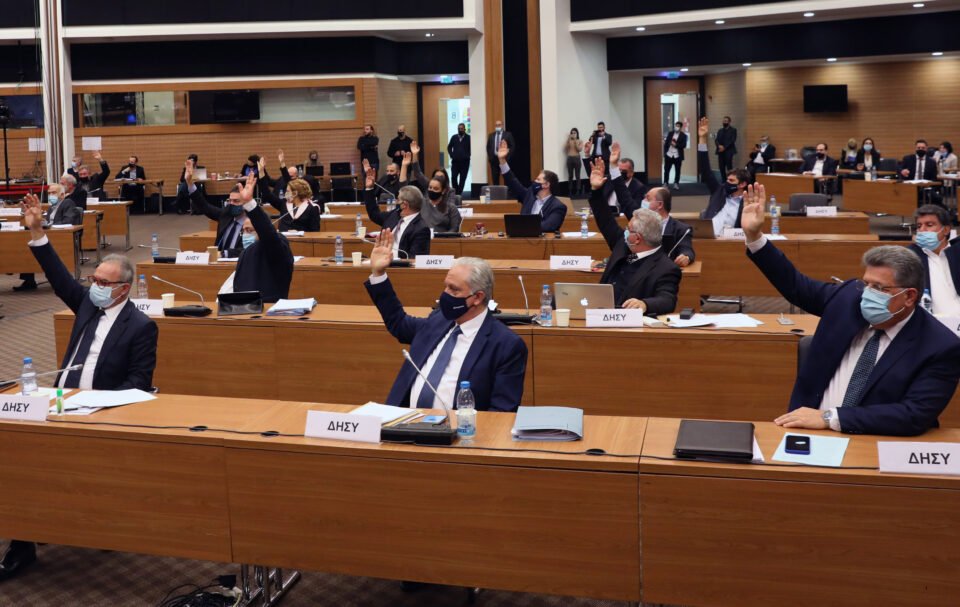 The code was one of the recommendations of the Council of Europe’s Group of States against Corruption (Greco), which Cyprus had not implemented

After much ado, parliament on Thursday is expected to approve a code of ethics for its members, that could include a fine for MPs who fail to adhere by it.

The eight-page document seeks to introduce transparency in the legislators’ activities, including rules on accepting gifts and paid trips abroad.

The House ethics committee finished discussion of the text on Wednesday, incorporating certain last-minute amendments, and referring others to the plenum to be put to the vote.

From tomorrow, the manner in which an MP operates will be regulated, committee chairman, Disy MP, Zaharias Zahariou said.

The code was one of the recommendations of the Council of Europe’s Group of States against Corruption (Greco), which Cyprus had not implemented.

“We had pledged to implement all of Greco’s observations before the end of the parliamentary term,” Zahariou said.

“The philosophy is the proper functioning of an MP, both in parliament and in life, and the example they must provide to everyone,” he added.

The code provides for the creation of an ethics committee that will oversee its enforcement.

Unruly legislators will be named before the plenum and they will have to apologise to their peers and the people.

An amendment submitted by the Citizens’ Alliance calls for a pay cut if an MP violates the code’s provisions.

Zahariou reiterated his disagreement with this amendment, suggesting that a well-off MP could do or say whatever they wanted without fearing the fine.

What is important, he said “is for civil society to know the behaviour of each one of us, to have transparency, and be judged”.

Existing parliamentary regulations provide for a pay cut only in the event of unjustified absence from House committees.

“We think it’s more proper for their condemnation to be political,” Zahariou said.

Green party MP Giorgos Perdikis stressed that enforcement of the code was what was important.

He said his party has proposed setting a ceiling on the value of gifts an MP can accept on €500 per year from one person and €1,500 from everyone per year.

The code provides for the maximum value of a gift to be €150 per person, without however, a limit on the times they can accept it. Any amount beyond that must be reported to the ethics committee.

Perdikis said his party also disagreed with a provision allowing paid trips for MPs, as long as they are declared.

In its second compliance report for Cyprus published on November 17, Greco said full implementation of recommendations has become “all the more pressing” given recent “serious allegations of undue influence of third parties over some MPs”.

This was a reference to allegations concerning the sale of passports through Cyprus’ citizenship by investment programme.

Luxury tailoring: 15 things to know about the Brioni brand