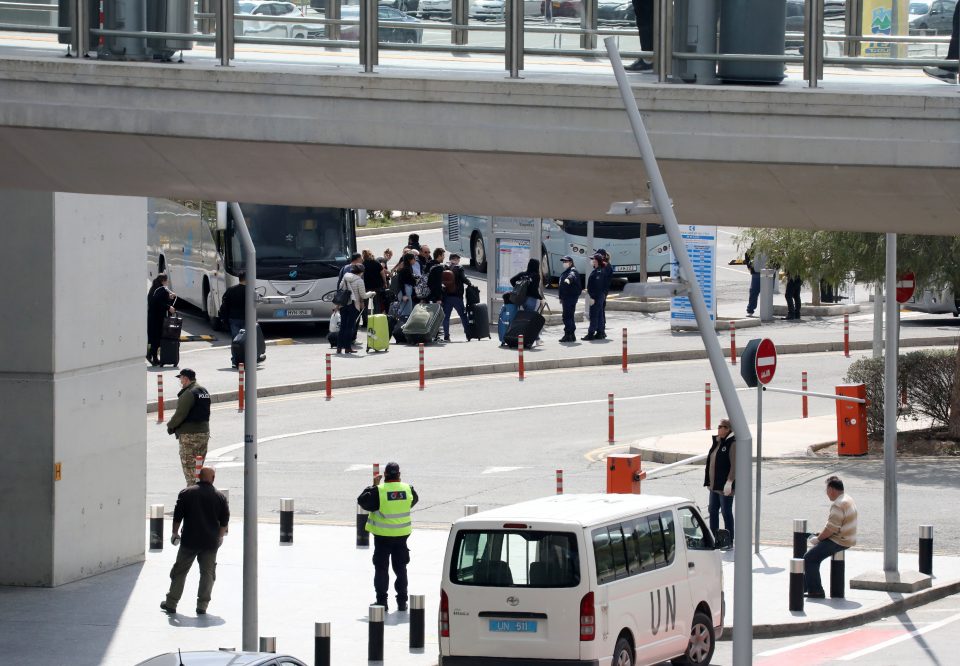 Airports will be reopening in March with a colour-coded health risk assessment system, the ministry of transport announced on Thursday.

As of March 1, the existing category system will be replaced by the traffic-light system adopted by the European Centre for Disease Control (ECDC), whereby countries are classed as green, orange or red, with an added grey category for arrivals requiring a special permit.

EU member states and countries in the European Economic Area (Iceland, Liechtenstein, Norway) including Switzerland, will be sorted into the green, orange or red categories according to their epidemiological data.

In addition, the ministry of health will be evaluating data from third countries (United Kingdom, Russia, Ukraine, Israel, Lebanon, United Arab Emirates, Jordan, Saudi Arabia, Egypt, Belarus) as well as those flagged by the ECDC as third countries to determine the category they should be classed in.

From April 1 Serbia, Qatar, Bahrain, United States, Armenia and Georgia will be added to the list.

Countries not included in the above list will be placed in the grey category.

In simple terms, the new system will roughly correspond to the A-B-C system currently in place in Cyprus.

The new categories, which will go into effect on March 1, are as follows:

This category will include countries deemed low-risk by the health ministry according to their epidemiological data.

From March 1-31, passengers coming from countries in the Green category will be entitled to a free PCR laboratory test covered by the government.

From April 1, there will be no restrictions.

Passengers coming from countries in the orange category will be required to have a laboratory test within 72 hours before departure and to have a certificate proving a negative PCR test.

Passengers flying from countries in the red category will be required to have a PCR test up to 72 hours prior to departure for Cyprus, and will need to undergo a second PCR test upon arrival.

No self-isolation will be required for those with negative results.

This category will concern countries not included on ECDC lists and those with unreliable epidemiological data.

Individuals coming from countries in the grey category will need to obtain a special permit to enter Cyprus.

They would also be required to enter compulsory self-isolation in accordance with the ministry of health’s instructions.

Cypriot citizens, persons lawfully residing in the Republic of Cyprus and European citizens will be exempt from having to obtain a permit if flying from a country in this category.

The ministry of health will continue reviewing the epidemiological picture of different countries and updating the categories on a weekly basis, but until further announcement, the rules announced on Wednesday following the latest health assessment will stay in place.

All passengers regardless of category will be required to undergo a PCR laboratory test prior to their arrival in Cyprus.

Random testing at airports will continue for all categories.

Finally, the transport ministry said it was extending until March 31 the mandatory seven-day quarantine of arrivals from the United Kingdom at a facility under the supervision of health authorities. That practice has been in place for British arrivals since December.

Struggling with yoga? This is what it can do for your mental health