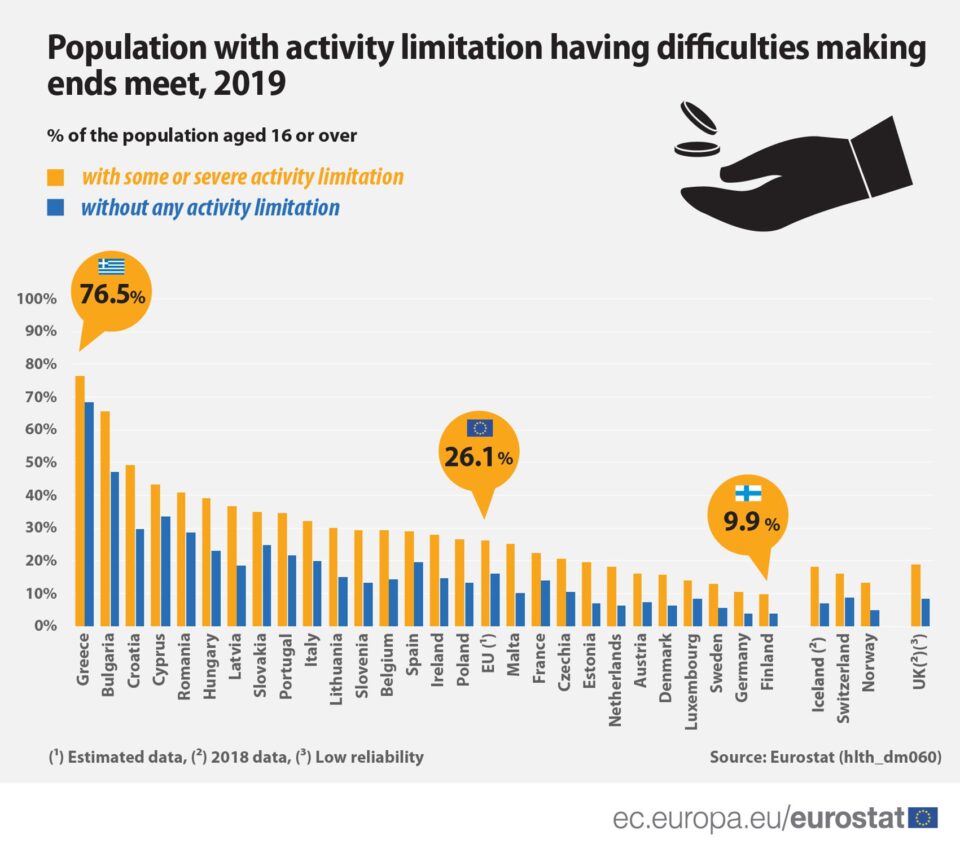 Cyprus has one of the highest percentage of adults with a disability who face financial difficulties among EU countries, Eurostat reported on Thursday.

In 2019, 26.1 per cent of adults in the EU with a disability lived in households that reported having difficulties making ends meet, compared with 16 per cent among the adult population with no disability.

Among EU member states, approximately two-thirds of people with a disability faced financial difficulties in Greece, 76.5 per cent, and Bulgaria (65.7 per cent). Just under half of the population were in this situation in Croatia (49.2 per cent), Cyprus (43.2 per cent) and Romania (40.9 per cent).