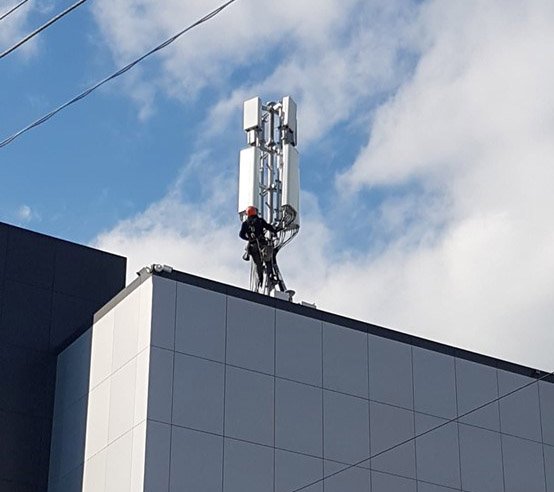 Residents of Livadia said on Thursday said they were left stunned by the decision taken by telecommunications provider Cyta to install what they believe to be a 5G antenna on the roof of a central supermarket.

Speaking to the Cyprus News Agency, Livadia Mayor Marios Armenis said several Livadia residents reported that a Cyta crew had started removing the old antenna on Wednesday. Upon arrival at the scene, the mayor decided to immediately notify the police since no permit had been issued for a new antenna.

“When I arrived, I noticed that a number of workers were already removing the old antenna from the supermarket roof,” he said. “They were working without having obtained the necessary permission from the town hall. So, I decided to report the fact to the authorities, demanding an immediate end to the works. I told the Cyta official that the company should submit an application to the municipality for a new antenna,” he said.

According to Armenis, he was reassured by a Cyta official that the company would file an application to obtain the necessary permit to install the new antenna before resuming work.

He again contacted the police station. “Since no one at the municipality or at the police station is an expert on such matters, we don’t know whether it is a new 5G antenna already in operation or not. I suspect it is,” he said.

“Several people in Livadia are already battling with cancer and the supermarket where the antenna was placed is only 150 metres away from a kindergarten,” Armenis added.

“Even if they obtain a permission, Cyta should not be allowed to install 5G antennas so close to where children spent a large part of their days,” Armenis concluded.

Despite dramatic fall in traffic, road deaths dropped only marginally in 2020