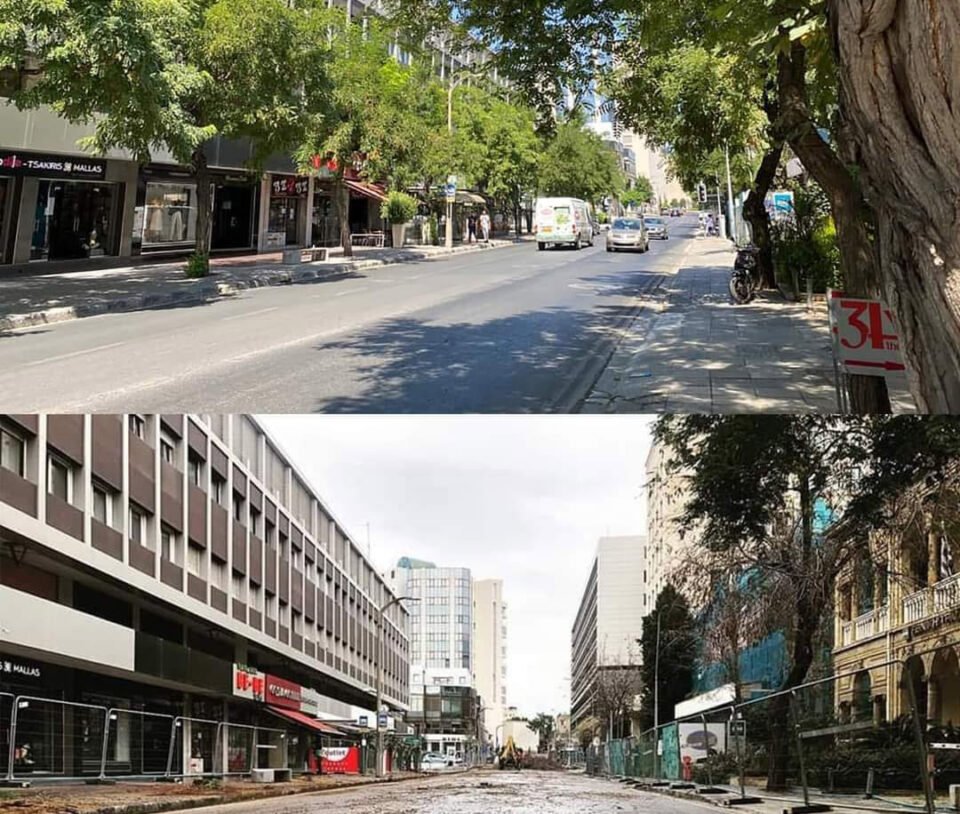 Nicosia’s mayor asked residents to show trust in the municipality on Thursday, following concerns over the cutting of 65 trees as part of the revamp of Makarios avenue.

Another 23 trees will be cut during the second phase of the project, the municipality announced.

Photos and videos of the cut trees and ‘naked’ avenue have been circulating on social media this week, accusing the municipality of unnecessary felling.

The “concert of horror” along Makarios avenue as it had been dubbed by one netizen was part of the municipality’s plan “to create a beautiful environment, more accessible and more attractive, to be able to compete with the commercial axes and centres created in the region that led the centre of Nicosia to decline,” Yiorkadjis said.

He said the new landscaping will ensure that trees will be planted in a straight line and pavements will be of from obstacles to ensure the safety of pedestrians.

The mayor reiterated that some of the trees were “old or problematic” and that another 300 mature trees will be planted at a later stage.

The decision was approved by the forestry department, though this did not appease the president of the Green party Charalambos Theopemtou, who said the department “always gives its approval” for such projects.

The project is part of the reconstruction of the Makarios, Stasicratous and Evagorou commercial triangle, announced in September 2018.

University events to mark 200 years since Greek War of independence