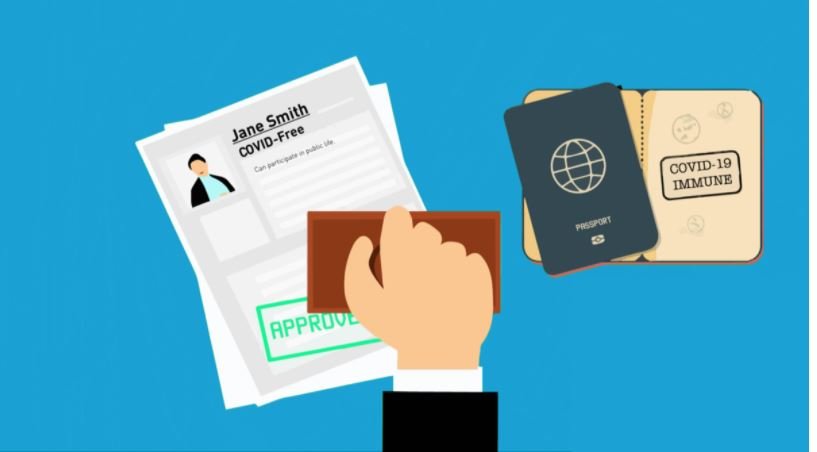 Travel without proof of vaccination is likely to become increasingly difficult.

How long will it be before we all need vaccinations to travel? We’re not there yet, but the time is not far off.

There have been growing calls for nations to start issuing ‘vaccination certificates’ – documents that can be used to prove to authorities and airlines that someone has been vaccinated.

Holders of vaccinations will be able to skip the bureaucratic delays that all others will face. Airlines and countries endorsing this system  are not expected to deny entry to unvaccinated travellers, but instead subject them to checks, tests and quarantine requirements. Short term, these certificates could offer a much-needed boost to the travel industry, while the added convenience afforded to travellers holding the certificate could serve to more generally incentivise inoculation.

Cyprus was actually the first EU member state to announce intentions to abolish entry requirements for vaccinated travellers. Since the announcement by Transport Minister Yiannis Karousos in December last year, a plethora of other nations have revealed similar intentions. To date, the Czech Republic, Denmark, Estonia, Greece, Hungary, Iceland, Italy, Poland, Portugal, Slovakia, Spain and Sweden have all endorsed plans to allow restriction-free travel to people who have been vaccinated.

President of the EU Commission Ursula von der Leyen has also supported the idea of common vaccination certificates, issued by Member States to every person who gets vaccinated against Covid-19 and universally recognised across the bloc.

Nevertheless, the proposed scheme would undoubtedly give rise to some issues. For example, in the case of a European vaccine certificate mechanism, what rules should apply to travellers who received a vaccine that has not been approved by the European Medicines Agency (EMA)? Sputnik V, for instance, despite a 92 per cent efficacy rate and over 700 million worldwide orders, has not even been submitted by the Russian authorities to the EMA for rolling review or market authorisation.

Outside of Europe, the International Air Transport Association (IATA) announced back in November its digital health passport, and believes it will be critical to unlocking travel and allowing ‘seamless’ journeys as flying picks up again. ‘We are working at full capacity,’ said Alan Hayden, head of passenger and security products at IATA, ‘we are talking to 30 or 40 airline carriers.’

Already, 20 airlines, including Emirates and Etihad have confirmed that they will begin trialling the IATA app, known as ‘Travel Pass’. Brad Moore, senior vice-president of ground services at Qatar Airways, who have also endorsed usage of the app, said that it was a ‘simple app that passengers can use freely to travel’ and would be ‘central to us going forward.’ He pointed out that current travel, where still possible, is very time consuming because all checks have to be done manually by airline staff. The App, Moore argues, could streamline travel and even offer improvements in efficiency that could outlast the pandemic.

British Airways are promoting the use of the VeriFLY app, on which you can currently upload your negative Covid-19 result, but will soon allow users to verify that they have had the vaccine instead. Talking of vaccine certificates, Tony Blair, the former British prime minister said this week that ‘we have the technology that enables us to do this securely and effectively. The need is obvious.’ He added, ‘The arguments against it really don’t add up’.

Going a step further, there is the question of whether airlines and countries could eventually make vaccinations mandatory for all travellers. Boris Johnson told reporters on Monday that there is a high likelihood that ‘some countries are going to be wanting to insist that people coming to their country have evidence of vaccination’.

In demographics with high vaccination percentages, this scenario is already playing out. Saga holidays, a large UK based travel booking website that offer cruises and all-inclusive vacations for over 50s recently announced their new policy that all guests must be fully vaccinated – meaning they have to have had both doses of the Covid-19 vaccine at least 14 days before travel. It is expected that all over 50s in the UK will have a vaccine offered to them as soon as May.

While Saga’s new policy doesn’t violate any discrimination laws, experts suggest that it is unlikely to be implemented across a wider spectrum just yet, with airlines more likely to make vaccinations a form of preferred travel status.

A British Airways spokesperson told the Cyprus Mail that while a vaccine requirement for travel is a possibility in the future, such a policy is not currently feasible considering so far, on average, just 5 per cent of European nations’ populations have been vaccinated.

What’s more, with rich countries on average far ahead of many developing countries in the race to vaccinate their populations, a vaccine passport could discriminate against entire nationalities. Experts estimate that most African nations are unlikely to see mass vaccination programs until 2023 or even 2024.

There is also a worry that passports could encourage those who have not yet received the vaccination but want to travel to seek certification on the black market – fraudulent negative tests for the purpose of travel have already proved a problem in countries like the UK. Hence, any new system would have to be done in a way that is not subject to fraud.