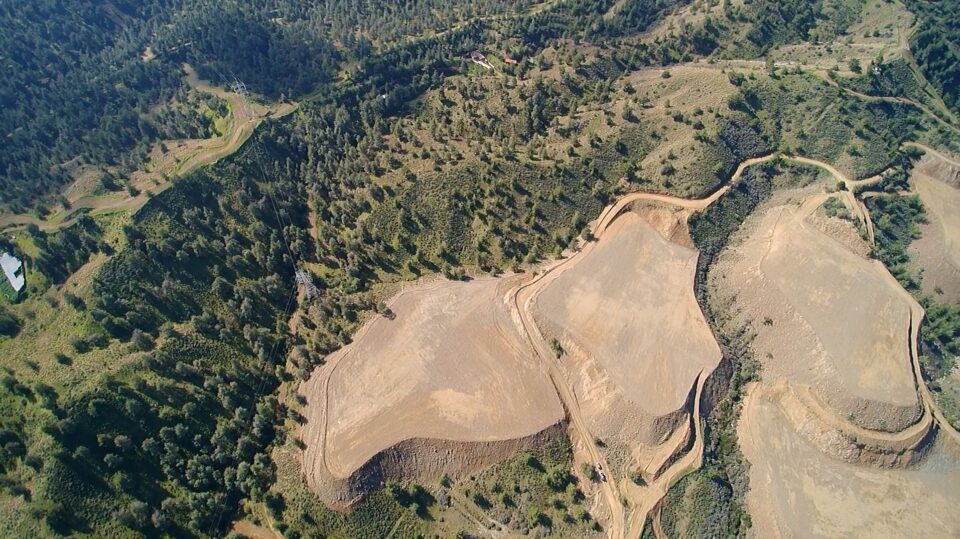 A solar power park in Solea has been presented as a green project to increase Cyprus’ production of energy from renewable sources, so why are so many environmentalists against it?

A Nicosia-based photovoltaic project by the Morphou bishopric has spiked concerns over its environmental impact, with locals and NGOs calling for the suspension of operations.

Photovoltaics play a crucial role in meeting Cyprus’ targets for renewable energy sources, but at what cost?

The beginning of works for the two licensed photovoltaic parks in Flasou village last November saw the extensive movement of thousands of tonnes of soil and the cutting of dozens of healthy mature trees, interfering with the geological features and destroying the habitat of the area, environmentalists say.

This spurred alarm among residents and environmental NGOs who expressed their objection to the project and asked for the immediate suspension of the earthworks as well as a review of the approved application.

“What we are witnessing in Ayios Epiphanios is a failure of the state to regulate the environmental conditions set in permits. The specific photovoltaic park is a massive installation on a natural area, that has as an immense negative environmental impact on the local habitat and landscape,” secretary general of the Ecological Movement Cyprus and Green MP candidate Natasa Ioannou told the Sunday Mail.

“The relevant authorities must step up and suspend construction works, re-examine the permits according to new evidence, and withhold an open public consultation that includes the local communities.”

Listing their objections, the director of Birdlife Cyprus, Martin Hellicar said any intervention in nature leads to fragmentation of habitat.

“Our concerns involve the big intervention into the landscaping of the area, the cutting of 150 healthy pine trees and the loss of good productive farmland,” he told the Sunday Mail.

He added that a Natura 2000 protected zone is only a couple of kilometres away which would not be a problem if another photovoltaic park had not already been approved in the area.

“Most environmental impact assessment studies fail to look into the cumulative impact, meaning the impact of the project in combination with other projects in the area,” Hellicar said.

The 25,000 photovoltaic panels will be installed in the Ayios Epiphanios Soleas community and the two parks have a capacity of 5 MW each, totalling 10MW. The parks are located on a plot of a total area of 495,500 sq.m., which belongs to the Morphou bishopric, which is also the main shareholder of one of the two companies that submitted the application, Armolia Investments Ltd and Iliomorgon 1. 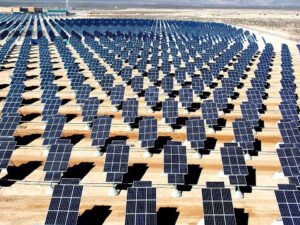 “Most residents choose to stay quiet because the church is involved in the project and the bishopric basically controls the whole village,” architect and Flasou resident Labros Schizas told the Sunday Mail.

But a small group of concerned villagers decided to bring the matter to public attention and created the Save Solea Valley social media group last month with more than 1,100 members to date. The group send a letter addressed to the interior and agriculture ministries last week, listing their objections and requesting the suspension of the photovoltaics’ installation in the specific area.

The letter, which was shared with the environment and the land departments, suggests that the real scope of the works was not part of and differs from the approved application and that it was not assessed by the relevant officials.

Firstly, a mystery surrounds the number and type of trees which were cut during the works.

“The initial application of 2014 suggests there were no trees in the area, while the amended version of 2018 mentions the cutting of 75 trees. Based on our research, about 200 trees were cut,” Schizas, who is also a member of the Save Solea Valley group said.

The approved plans, which refer to “small scale earthworks”, do not correspond to the works carried out in the valley that show a nearly levelled mountain, Schizas said.

“New roads have also been created to assist with the works and access to the location, despite a term set out by the environment department calling for the ‘non-expansion or improvement of the existing road network’,” the architect added.

Environmentalists says the works have also fuelled the risk of erosion and landslides, which will only increase in time.

“The administration, in the exercise of its power, relied on facts and conditions that are in fact non-existent and/or failed to take into account essential facts,” the group wrote in the letter referring to the environment department.

When contacted by the Sunday Mail the senior officer of the Environment Department Irene Constantinou said the project was examined and approved because the plot does not belong to Natura 2000 nor does it intervene in a flyway of migratory birds.

The department however confirmed the issue of landscape disturbance but said in a written statement to the newspaper that the land department is responsible for landscape convention. Two on-site checks were carried out on January 8 and January 26 to monitor the works but did not spot any illegalities.

But a source close to the department told a different story. “Officials there want to do their job but they simply cannot, because the church applied intense pressure to pass the project,” said the source who did not want to be named.

“Suited men from the church were visiting the [environment] department almost daily, urging officials to ‘forget their environmental concerns’ and to pass the project which would ‘serve many interests’.”

Criticisms of the project were brought forward in a demonstration by the Save Akamas movement and Natural Coast Rescue initiative. The peaceful protest included the installation a number of cut-outs of high-ranking church officials holding a sign reading “I do whatever I want” in the Cypriot dialect outside the archbishopric in Nicosia. 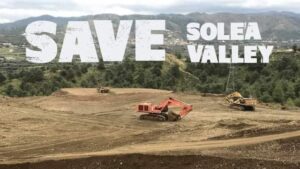 As controversial as the parks are proving to be, the project is already a scaled down version of what was originally applied for. Initially, the company applied for three larger photovoltaic farms, but an amended application passed which saw one rejected and the size of the project approved reduced.

According to the amended plans, works may take up to 58 per cent of the plot meaning 66,500 square metres instead of the proposed 113,400.

What concerns environmentalists is that in the rush to build RES projects, proper planning is being ignored.

“Of course we want and need renewable energy but the government needs a spatial planning policy to decide where to put the PV panels,” Hellicar added.

Pending the development of such a plan, the environment department stopped accepting new applications for photovoltaic parks in 2021, while it said it will complete the examination of those already in process.

“The installation of renewable energy sources must not take place without spatial planning and shall not be used as an excuse to degrade our natural environment,” Green MP candidate Ioannou said.

Despite the temporary freeze on applications, the department says that Cyprus will meet its targets concerning solar energy.

The National Energy and Climate Plan (NECP) suggests Cyprus must achieve a 22.9 per cent contribution from renewable energy sources. To date, the contribution of RES is at 13.9 per cent, according to the latest data by the European Commission.