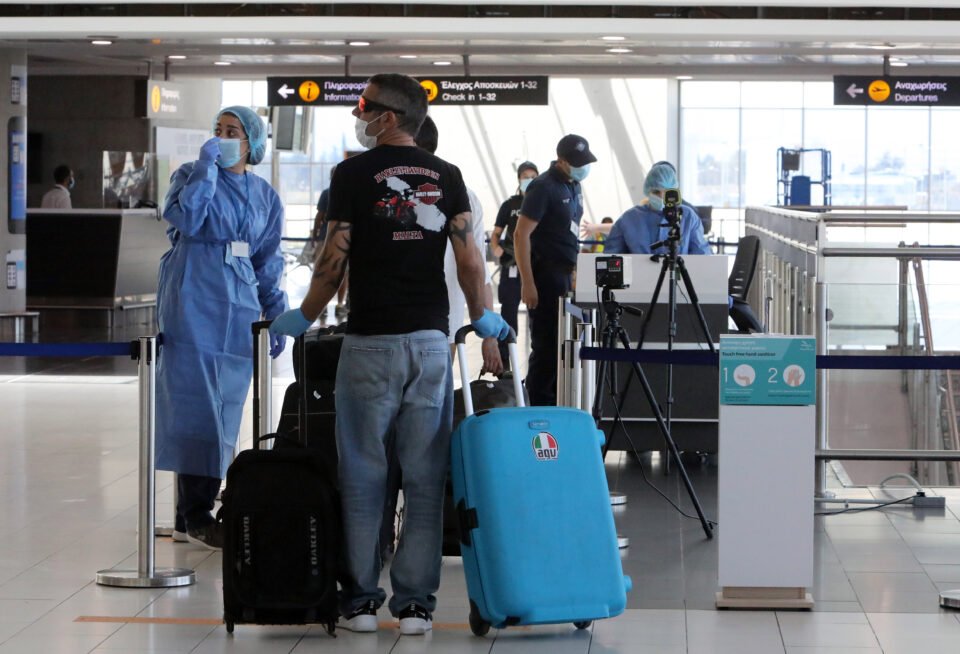 The ‘vaccination passport’ deal reached with Israel last Sunday for Israeli travellers to Cyprus cannot be replicated with other countries at the moment, according to Deputy Minister of Tourism Savvas Perdios.

Speaking to the Sunday Mail, Perdios said that although the arrangement is good news for the country’s tourism industry, it cannot represent a stepping-stone for other arrangements with different countries. Requiring vaccine passports from all foreign travellers is not yet feasible.

“We don’t want to send a message that only vaccinated people are welcome in Cyprus,” he told the newspaper this week. “Our target is to welcome all visitors, not just people who have received their jabs and who have a passport that proves it. We don’t want to create two categories of visitors.”

As of April 1, Israelis vaccinated with a vaccine approved by the European Medicine Association (EMA) will not be required to take a PCR test to travel to Cyprus and will not be placed in quarantine upon arrival.

About half of the eligible Israeli population is already fully or partially vaccinated.

However, although the agreement was presented as big news, the truth is that Israel still represents a relatively small market for Cyprus in terms of tourism. In 2019, just over 300,000 Israelis flew to Cyprus, so while the passport scheme will certainly help reignite the industry, it will not be enough to truly boost the summer season.

So could a similar deal be struck with countries that represent a larger share of the tourism market in the island, namely the UK or Russia?

“This is what we are asking from the EU, for the process to be standardised and easy, to have the vaccination certificate as proof, to facilitate return to basic normality as regards tourism in the summer,” Mitsotakis said.

Just last Thursday the Greek tourism minister revealed that his government is in “preliminary discussions” with the UK government over a potential travel agreement for Britons who have been vaccinated.

Speaking on BBC Radio 4’s Today programme, Haris Theoharis said he was hoping for a “semi-normal summer” this year and suggested that a ‘vaccine passport’ scheme could facilitate travel between Britain and Greece.

“Discussions are under way to see if it will be feasible,” he said, adding that he was “very hopeful that we can reach a solution”.

“We don’t want to limit travel to those who have been vaccinated of course, but since we are mandating that before travelling someone has to have a negative test result, this is a waste of resources if people are vaccinated, to be tested every time they travel, the need for this testing could be limited by the vaccination certificate,” he said.

Cyprus’ Transport Minister Yiannis Karousos, speaking after the passport arrangement with Israel was announced, said: “We will start asking other countries to implement this method once the time is right to welcome visitors.”

However, the crucial phrase here was “once the time is right”.

And clearly for Cyprus that time is not now. Russia and the UK, Cyprus’ biggest tourist markets, are now both third countries.

“The basic premise is that countries who are not in the EU need to have their vaccines recognised and approved by the European Medicines Agency (EMA),” Perdios said.

“So, far, the vaccines that have been approved are the ones produced by Pfizer, Moderna and AstraZeneca. If a country outside the EU has the approval of the EMA regarding their vaccines, we might look into the opportunity to do something similar to what we did with Israel.”

But Russia’s Sputnik V vaccine has not yet been officially recognised by the EMA. “In order for us to even consider making a [vaccination passport] deal with them, it will have to be recognised and approved.”

As far as the UK is concerned, even though the vaccines currently being administered to its population have been approved by the EMA, the relatively low number of people who received both jabs and the virus’ variant are also preventing a potential deal at the moment.

The vaccination passport system is gaining ground, however. Growing numbers of airlines are supporting it and on February 17, Bahrain became the first country in the world to launch a digital vaccine passport in the form of a mobile app. Authorities can check whether and when the user of the app has indeed received the vaccine by scanning a QR code linking to the national vaccine register.

Denmark and Sweden are also planning to introduce a vaccine passport before the summer.

Perdios said that playing the safety card is not the only correct strategy as far as tourism is concerned. Certainly, Cyprus’ attempt to market that aspect last year met with only limited success.

“Safety is not a product. You need to inspire people to come to your country. Only after they are inspired, will they look for all the necessary information for them to feel safe.

“We don’t need to come out with a marketing campaign that tells our visitors how safe they are in Cyprus. What we need to do is focus on what makes our country unique and special.”

As of now, however, safety still remains the main priority for the government and all decisions that will be taken regarding tourism and prospective foreign arrivals will have to be evaluated by the government’s epidemiological team.

“As of now, all passengers arriving in Cyprus need to undergo a PCR test, either before travelling or upon landing. We have the strictest safety protocol in the whole of Europe,” Perdios said.

Another element in the argument against mandatory vaccination passports at present is the uncertainty over how effective vaccines are at stopping the spread of infection.

Although the vaccination campaign is progressing at a satisfactory pace, Dr Petros Karayiannis, professor of microbiology and molecular virology at the University of Nicosia Medical School, told the Sunday Mail that studies are still being carried out to understand whether a vaccinated person can spread the virus

“From preliminary results out of Israel and the UK, it seems that you can prevent the infection to a large extent and that this is due to the effect of neutralising antibodies,” Karayiannis told the Sunday Mail.

But he warned that the results are not definitive.

“We have time for further results to come out and I’m sure that random testing will still continue whether passengers travelling to Cyprus are vaccinated or not,” he said.

Our View: Why we should be wary of Russian interest in peace process