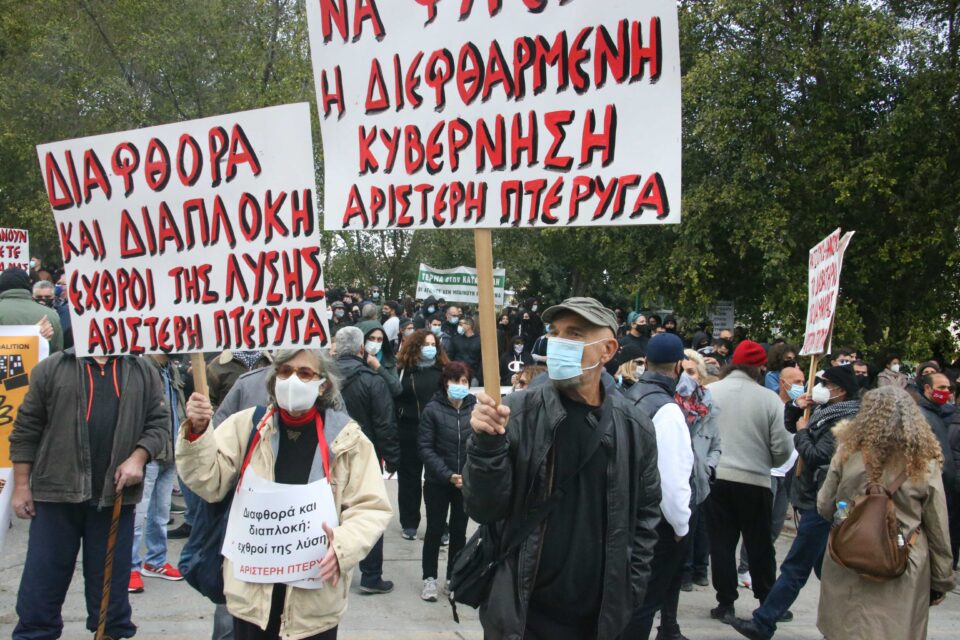 Responding to widespread accusations of state corruption, government spokesman Kyriakos Koushos said on Monday that corruption is something that all governments around the world must deal with.

“Corruption has always existed and is still rampant everywhere in the world,” he claimed during an interview on CyBC.

“Our government has actually done a lot in the fight against corruption. Many former party executives and important politicians in the Cypriot political landscape have ended up in court and had to respond to accusations of corruption.”

Koushos added that the progress shown by Cyprus in the fight against corruption has not gone unnoticed.

“The EU and several other independent international organisations have praised President Nicos Anastasiades for the excellent progress shown over the past years.”

On Saturday, what organisers estimate to be 10,000 people marched in Nicosia to protest against state corruption and pandemic restrictions, an event that ended peacefully unlike a similar event the previous week.

“Every citizen has the right to express his dissatisfaction in a protest,” Koushos said. “However, in light of the pandemic and the dangers that more people grouped together in a small space could pose, maybe people could have waited for the restrictive measures to be lifted before protesting.”

He also added that a return to normality will only take place if the epidemiological picture in the country improves.

“Unfortunately, some political parties seem not to realise it, as they even encouraged people to go out and protest together,” Koushos concluded.

Most participants, however, wore masks and tried to keep some physical distance from each other. Organisers kept reminding them all along the way to keep their distance.