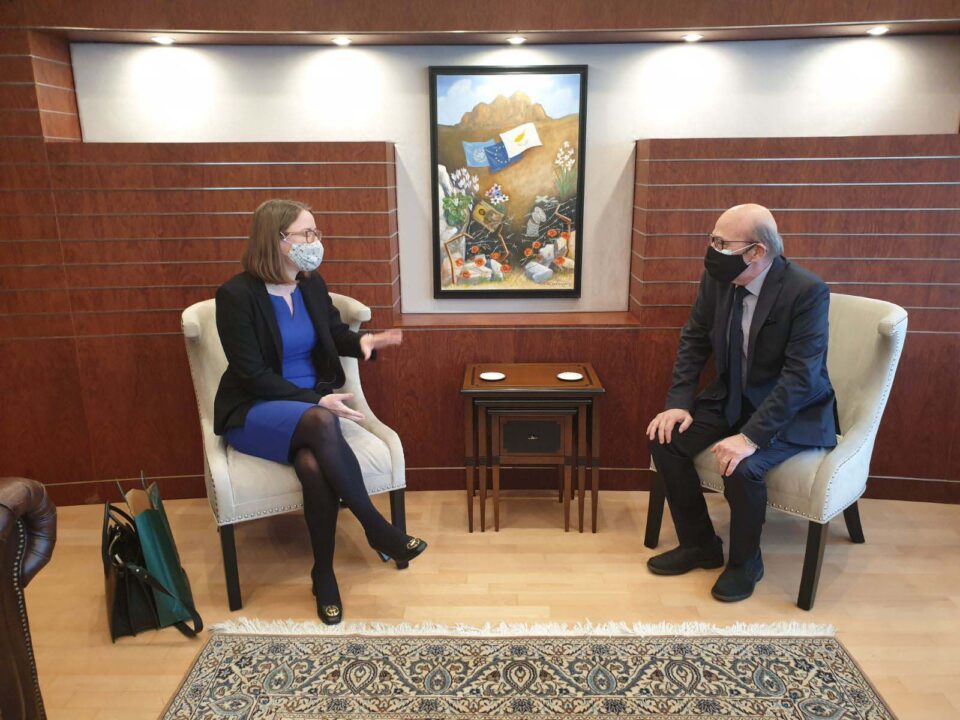 The ambassador of Ireland to Cyprus, Deirdre Ní Fhallúin has reaffirmed her country’s position on a Cyprus settlement on the basis of the relevant UN resolutions, and expressed Dublin’s firm support for Cyprus, particularly as a non-permanent member of the UN Security Council for 2021-2022.

House President Adamos Adamou received Ní Fhallúin on Wednesday and. According to an announcement, the Irish ambassador also expressed her country’s particular sensitivity to the issue of missing persons, an issue, as she pointed out, which has been also experienced by the Irish people.

Adamou expressed appreciation for Ireland’s principled stance on the Cyprus problem, as well as Dublin’s “steadfast support” in efforts to reach a settlement.

He expressed his deep appreciation for Ireland’s long-standing contribution to Unficyp as well as Ireland’s significant contribution to the humanitarian work carried out by the Committee on Missing Persons (CMP).

Speaking about the intention of the UN Secretary-General to convene an informal conference on Cyprus, Adamou noted that partitionist positions promoted by the Turkish side contravene UN resolution and are not in line with the agreed framework for a Cyprus settlement and cannot be accepted.

He also underlined the strong ties of friendship between Cyprus and Ireland, which, he said, are based on “shared historical experiences and similarities to each other as island countries” and as member states of the EU.

The House of Representatives has also responded positively to a request by the Irish embassy to light the House building green for St Patrick’s day on March 17.