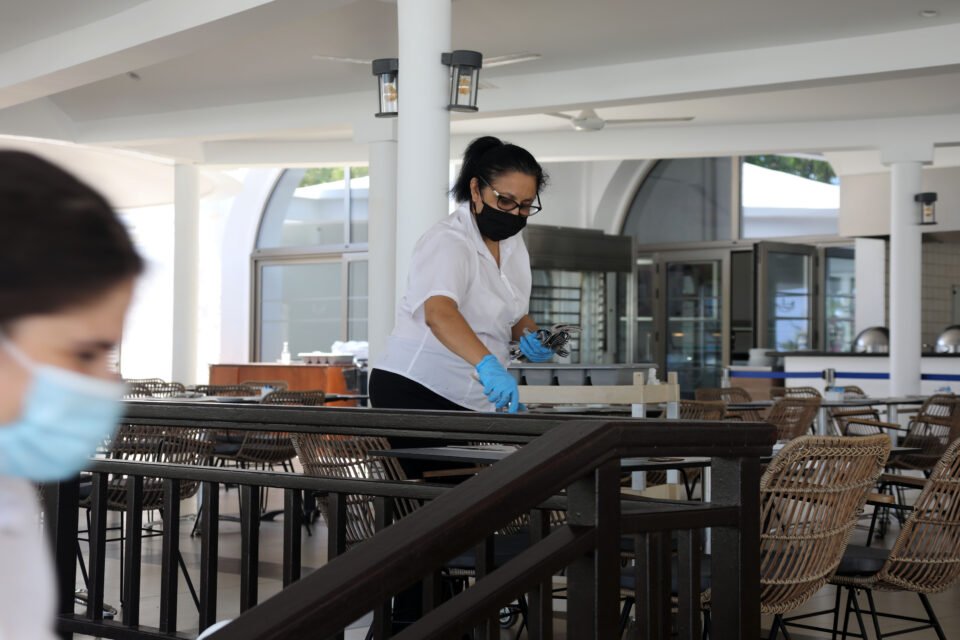 Restaurants are not likely to reopen at the very earliest, the middle of March

Despite concerns about the negative epidemiological picture in Limassol, the government is expected today to announce relaxations across the board such as the gradual return of all high school students to classrooms from March 1.

March, the government said, would be a critical month, a stock refrain every month for the past half year. Health Minister Constantinos Ioannou is set to announce the cabinet decisions around lunchtime after the meeting.

According to government spokesman Kyriacos Koushos, there has been no decision taken on special measures just for Limassol, following reports that the coastal town could see fewer relaxations due to its negative epidemiological picture relative to other districts.

Τhe health ministry said last week that if it were not for Limassol, the epidemiological picture for the rest of Cyprus would be much better and would lead to the faster lifting of more restrictive measures. On Tuesday, 115 of the 176 cases, were recorded in Limassol and on Wednesday 51 of the 74 done through rapid testing.

“In light of some reports, I must note that there is no political decision for special measures for the Limassol district,” Koushos said.

Limassol has consistently generated a higher positivity rate compared with other areas of the Republic, raising concerns at a time when authorities were discussing easing restrictions further. It emerged on Wednesday that coronavirus clusters were detected in two primary schools in the district including pupils and teachers. This forced the closure of one of them with health authorities trying to trace all the infections.

The chairman of the school board, Andreas Theodorou, could not provide an accurate number of infections as authorities were in the process of tracing the contacts of previously confirmed cases.

“But there is no reason to panic,” he said. “We are doing what the protocols are saying … disinfecting all areas. I think the situation is manageable.”

It is understood that the first infections were detected last week.

Member of the advisory committee on coronavirus, professor of microbiology/molecular virology at the University of Nicosia Medical School, Petros Karayiannis, pointed out later in the day that these clusters also include several teachers. Speaking to state broadcaster Cybc’s main news television programme, the professor said this raises questions on whether the teachers are getting tested regularly, as per the protocols concerning all people who are back in their workplaces.

Karayiannis said that this also concerns businesses, not in the customer service sector, expressing worry that they may not follow all protocols.

Commenting on the announcement of the easing of measures expected today, he said the goal was to take “small but stable steps.”

The Cyprus News Agency, citing information, reported that the next phase of relaxations between March 1 and 7, concern the return of the rest of the lyceum pupils (grades 1 and 2) back to their classrooms, the reoperation of gyms for personal training only, and of the private tutoring institutes and music schools with limited numbers of people.

From March 8, high school (gymnasio) pupils are expected to return to schools.

Permission to go out with an SMS, the curfew after 9pm and the rest of the restrictions on movement are not expected to be lifted until after March 15, CNA reported. Further relaxations such as raising the maximum number of people allowed at house gatherings to 10 and the reopening of restaurants are also not expected until after that date, and subject to epidemiological picture at the time.

Karayiannis confirmed that restaurants and other food and beverage businesses would be reactivated after mid-March depending on the epidemiological situation. “It could be a bit later but not much later,” he said.

He added that the effort was focused on tackling the pandemic, citing uncertainty about the new variants detected in Cyprus, and the need to vaccinate as many people as possible.

He said that it was encouraging that there was a drop in cases on Wednesday, to 143 from 176 on Tuesday, and expressed hope that the downward trend would continue to allow more relaxations.

Earlier in the day President Nicos Anastasiades briefed political leaders that the cabinet would discuss further relaxations and issues concerning the pandemic. Koushos said that the health minister and the members of the advisory team on coronavirus thoroughly replied to all their questions.

He added that March was considered a critical month as regards managing the pandemic and reiterated the government’s call for patience and the need for everyone to continue to observe the measures “to be able to control the pandemic and return to normality as soon as possible.”

In the meantime, the health ministry announced that due to the epidemiological burden in Limassol the rapid testing units would be increased in the district while more testing sites would operate during the weekend to further facilitate residents to go get tested. The goal, it said, was to detect positive cases quickly to isolate and limit the spread of the virus both within the family and in the workplace.