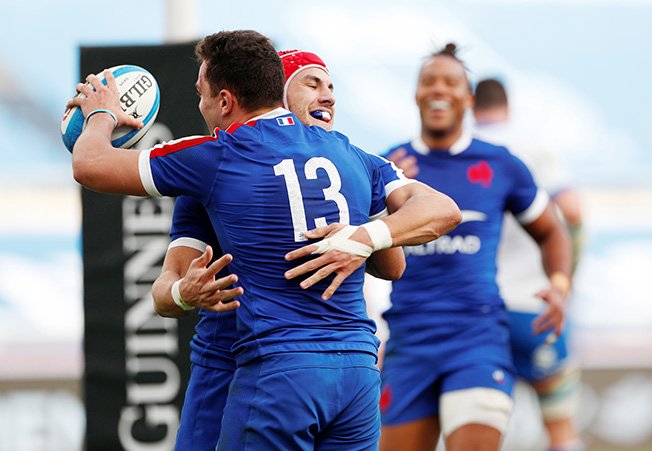 France’s Six Nations game against Scotland was postponed after another player tested positive for COVID-19, bringing the total number infected to 11, organisers said on Thursday.

“The Six Nations Testing Oversight Group (TOG) met today to review the situation in the French Camp,” the Six Nations said in a statement.

“They unanimously recommended the postponement of the France v Scotland match. This will be ratified later today by the Six Nations Council.

“We will be working on the rescheduling of this fixture and will communicate the date in due course.”

The French federation (FFR) had said earlier on Thursday that the entire French squad was in isolation and training had been suspended ahead of the game that was scheduled for Sunday.

France had resumed contact training on Wednesday but the FFR had said it would conduct daily COVID-19 testing until Sunday, and one player returned a positive test on Wednesday night.

“It’s always hard to know the origin (of the outbreak),” FFR president Bernard Laporte told France Info radio on Thursday, before the latest case was announced.

France lead the standings with two wins from two games, ahead of Wales on points difference, as they seek to lift the Six Nations title for the first time since 2010, the year of their last Grand Slam.

University of Central Lancashire Cyprus: The ideal choice after Brexit