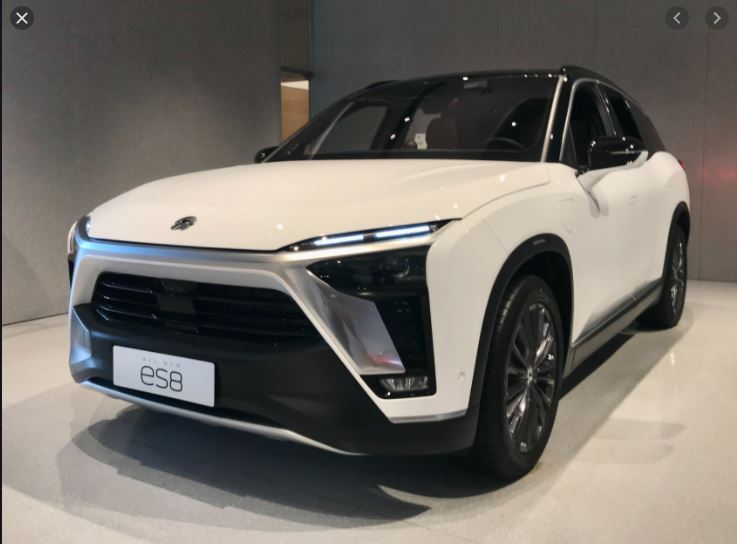 Chinese electric car maker Nio plans to enter European markets from the second half of 2021, CEO William Li said at an online conference on Thursday. He also announced the company’s intention to enter other international markets from 2022.

Analysts suggest that Norway may be the first European market for Nio. The company is quoted on the NYSE, and its stock price is currently at about $43. Nomura analysts predict that it will jump to over $80 within the next few months, if it continues to meet delivery targets.

Nio, founded in Shanghai back in 2014, is often referred to as ‘China’s Tesla’, and with good reason. They are the second largest electric vehicle (EV) manufacturer by market cap, and sixth largest of all car companies period, valued at more than conventional manufacturers like General Motors, Volkswagen and Honda, despite only selling cars in China. Nio is listed, however on the NYSE.

Nio currently has four models for sale, including the newly introduced ET7 sedan, which has around 600 horse power and can cover 700 kilometres on a single charge. After subsidies on the Chinese market, the ET7 retails for ¥506,000, or about €65,000.

What is perhaps most interesting is Nio’s ‘Battery as a service option’, referred to by the company as BaaS. Customers are given the choice of purchasing a new vehicle without a battery, then subsequently subscribing to a monthly battery-rental fee.

The scheme has significant advantages.

First, the battery is often the single most expensive component in an electric car, so that selling EVs without the battery can offer substantial savings. Nio’s smaller of two SUV options, the ES6 costs the equivalent of €44,000 with the battery pack, and €35,000 without. The monthly fee varies depending on the range that the customer opts for, but the average price is around €120/month.

Then, the scheme allows subscribers to take advantage of Nio’s battery swapping technology, by having the battery on their vehicle swapped out and changed for a fully charged one at any one of the 160 purpose-built stations across China. The newly installed battery will take just 3 minutes to install, allowing customers to circumvent the issue of slow charging – arguably the principal factor inhibiting widespread EV adoption.

Nio points out on its website that BaaS also helps solve the EV-associated problems of battery degradation, battery upgradability and low EV resale value. Further, it allows Nio to sell cars at or below the price point of market-equivalent internal combustion rivals.

Speaking to Automotive News Europe, Nio company president Lihong Qin explained that battery swapping could be the short-term solution to range anxiety issues. ‘Right now, we have 1,200 patents related to the battery pack, the vehicle, the power-swap stations and our cloud-based scheduling system. This is an end-to-end holistic system.’

In theory, battery swapping has potential, but the infrastructural demands are huge. An Israeli company purporting to offer the same service recently went bankrupt, but Nio believe they have a better chance at success given that they also manufacture cars. By November 2020, Nio’s stations in China had already processed more than 1.2 million individual battery swaps. Qin expressed Nio’s intention to collaborate with other manufacturers to offer their battery swapping technology and infrastructure across brands, possibly across Europe.

Nio have yet to sell a car outside of China, but already have offices in the US, UK and Germany. Their workforce numbers 9,000 – triple that of Ferrari, and they currently occupy the space as frontrunners of a 500-strong army of start-up EV manufacturers emerging from China. While European expansion is in the near-term pipeline, the coronavirus pandemic may encourage Nio to capitalise first on the ‘low hanging fruit’ at neighbouring Asian countries.

Despite a near 1,700 per cent rise in stock price over the last 12 months, analysts remain sceptical about whether Nio has what it takes to challenge Tesla internationally. ‘At this point,’ noted Dan Ives of Wedbush Securities, ‘It’s Tesla’s world, and everyone else is paying rent.’

Three ways to exercise dogs when you have to stay home