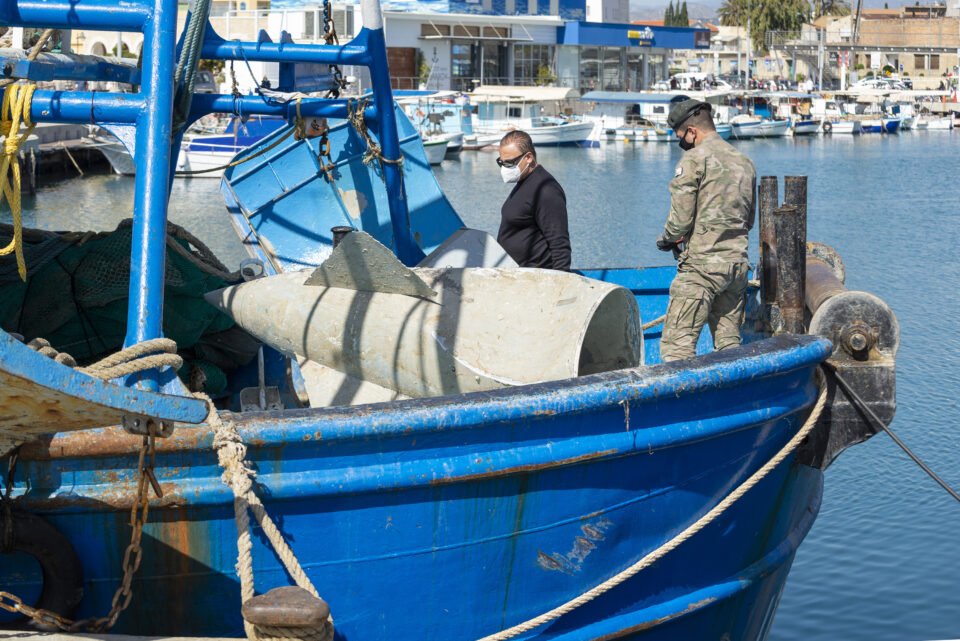 The piece of Tornado on the fisherman's boar (CNA)

Police on Saturday were investigating after a fisherman found a chunk of what appears to be a piece of a British Tornado fighter jet in the sea.

Both the police, and the bases told the Cyprus Mail there was no danger.

The aircraft segment was found approximately four or five nautical miles off Limassol in the Avdimou area.

The owner of the fishing boat told the media he notified the fisheries department after he found it early in the morning on Saturday.

British bases spokesman Kristian Gray said it was a fuel drop tank “found in the underside of the Tornado jet.”

The last RAF Tornado GR4s in Cyprus were sent back to Britain after operations in the Middle East in February 2019.  “It must have been there for a number of years,” the base spokesman added.  It was taken back to Akrotiri.

In 2015, two armed Brimstone missiles fell off of a Tornado jet over the runway at RAF Akrotiti in their way to Iraq. There were no casualties but the incident raised questions over the safety of the Tornados.

City make it 20 straight wins with victory over West Ham

Bucks for your bangs: why this haircut will cost you $1,000