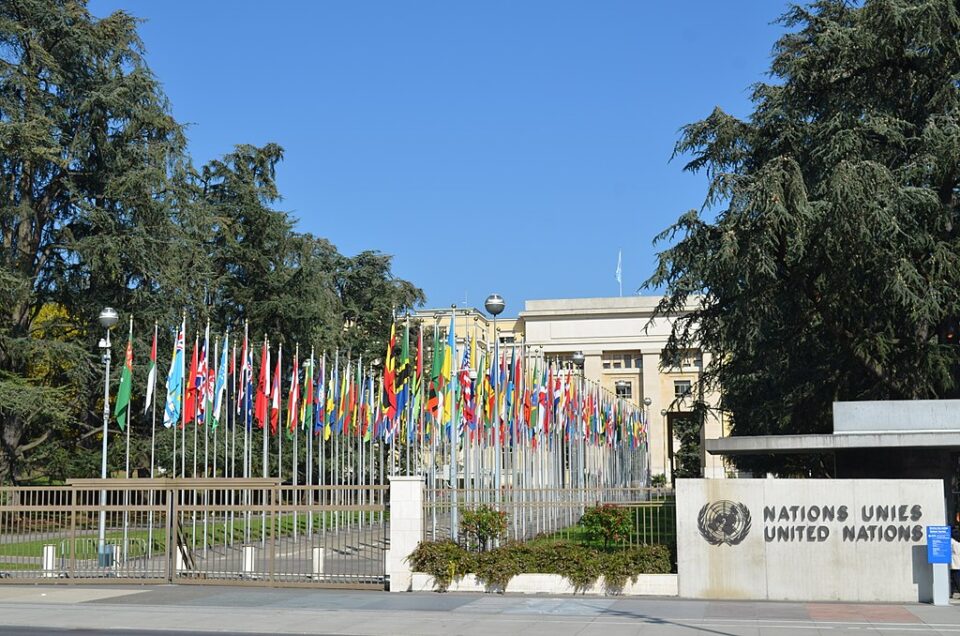 A date and venue have finally been set for the informal five-party conference by the UN Secretary-General Antonio Guterres. The five parties will meet in Geneva from April 27 to 29 in search of common ground, which, if found, would pave the way for settlement negotiations between the two sides. Special envoy Jane Holl Lute will be visiting next weekend as part of her ongoing effort to direct the two sides towards the common ground that does not seem to exist at present.

The familiar discourse of the Cyprus issue began well before the date was set, with concern being expressed about why it was taking Guterres so long, especially as the initial speculation suggested the conference would take place in February. While some were eager for a date to be set, the doomsayers of the small hardline parties and their supporters in the press argued the government should not attend because there would traps set for the Greek Cypriots that would make things worse.

One party leader came up with the idiotic view that if the government attended and the conference failed, the Greek Cypriots would be in a much worse position as they would have no options in the future. But what options was he talking about? The option of having false hopes that talks in two, five or 10 years would lead to the perfect settlement perhaps? If we do not go, the Turks would carry out the threat to open Varosha, begin the rebuilding project and the two-state solution would become a fact. Any future talks would be about border arrangements, without a square metre of territory being returned.

President Anastasiades, whose handling of the Cyprus problem has been an unmitigated disaster, marked by the spurning of opportunities, backtracking and recklessness, has taken a positive approach, even though it is difficult to take at face value, given his past record. He has been voicing the Greek Cypriots’ “determination to achieve a successful outcome at the informal conference” and expressing the hope Turkey would also show the same will. This may sound more like wishful thinking considering he is mainly responsible for the two-state solution being on the agenda, having privately proposed it to the Turkish government on more than one occasion.

This was the worst example of the president’s recklessness but it was not the only one, all of which together have completely undermined his credibility both at home and abroad. Last year, he was still claiming the Guterres framework, announced on June 30, 2017, was not the final framework, insisting there was an amended version, which was being hidden by the UN. He eventually gave up the claim, championing the Guterres framework as the basis for a settlement. Why he had left negotiations in Crans Montana, based on this framework, and made no request for a return to talks for more than two-and-a-half years is another matter.

He spent those two-and-a-half years, apart from questioning the content of the framework, expressing doubts about the viability of a federal settlement, even bringing up the idea of a confederation at one point and dropping it after hearing the political reaction. His biggest mistake during this time was his unrelenting criticism of political equality, which he argued would lead to a dysfunctional federal state and, ultimately, its collapse. He had managed to demonise political equality, without which the Turkish side would never agree to a bizonal, bicommunal federation.

It is now tantamount to treason to back political equality, as Disy leader Averof Neophytou found out a few days ago, when he dared to say that this should be granted in order to avoid the two-state solution. The funny thing is that political equality is stipulated in the UN resolutions, on which all our politicians argue a settlement should be based. It is also included in the Guterres framework, which we insist should be starting point for any new round of talks. But Anastasiades has managed to create the impression there could a federal settlement without the political equality of the constituent states and has put together a team of constitutional experts and academics that would supposedly advise how this could be achieved. It will never happen.

The reality is that after 50 years of talks, there is nothing new that lawyers and experts can bring to the table apart from obstacles to any agreement. President Anastasiades does not need the advice of lawyers and academics to avert the two-state solution. What he needs is the political will, a positive attitude, some flexibility and the determination he had been speaking about to contribute to the finding of common ground that would lead to settlement talks. And it would still be very difficult to reach agreement with the Turkish side which appears to have fully embraced the two-state solution. It is not impossible, however, if he gives up his objections on political equality, because if it was, the UNSG would not have called the conference.

A challenge to Covid decrees