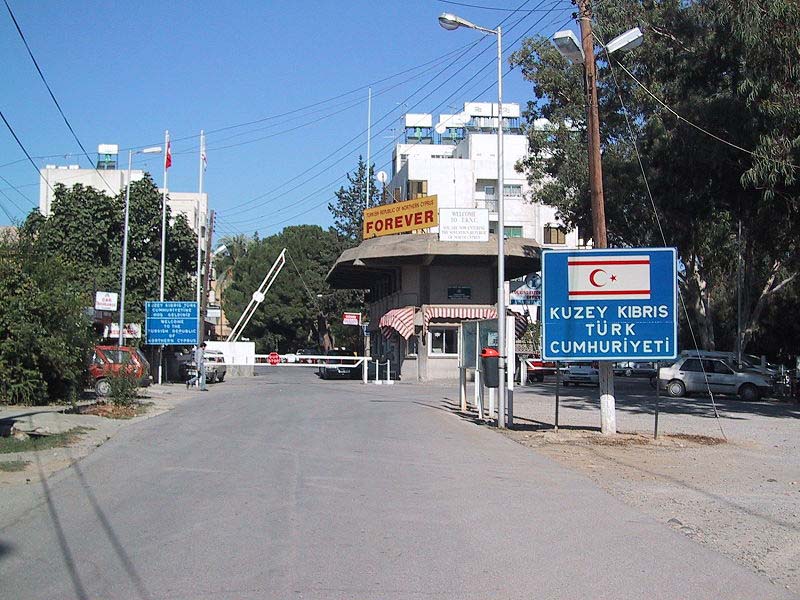 recognised or not, the community states already de facto exist in Cyprus

There is no UK blueprint for a Cyprus settlement. It was a rumour that accompanied the visit of the British foreign minister to Cyprus two weeks ago.

Cyprus has always been a country of rumour mongers, sometimes motivated by wishful thinking and sometimes by deliberate disinformation.

During World War II British intelligence used the Cypriot predilection for rumour-mongering to provide disinformation to German and Italian war spies on the island that the colony was very well defended when it was not.

Barber shops were ideal platforms for planting such disinformation; men used to visit barber shops daily for a shave as well as to socialise. Barbers talk incessantly while lathering and cutting hair – mercifully less so when applying the razor – so all British intelligence agents had to do was visit their barber and talk about the deployment of thousands of troops on the island as if it were fact.

The idea of community-states with quasi sovereign powers like they have in Belgium is not new. The evolution of the constitution of Cyprus from power sharing as communities to power sharing as two community states is new, and makes sense historically, legally and logically. It is also very British albeit inspired by the Belgian experience.

The opening articles of the Belgian constitution identify Belgium as a federal state composed of communities and regions. The communities are identified as Flemish, French and German-speaking; the regions as Flemish, Walloon and the Brussels region with the four linguistic areas.  Brussels, which doubles up as the capital of both Belgium and the European Union (EU), is designated as a bilingual Dutch-French area.

Belgium is a constitutional monarchy, so the king is head of state and appoints the prime minister whose cabinet is half Dutch half French. Under the rubric ‘on international relations’ the community regions of Belgium are quasi-sovereign. They have treaty-making powers and the power to denounce treaties but only within their areas of competence.

Cyprus’ republican constitution is based on the American model that substituted an elected executive president in place of the ousted king. There is, however, a grey area between having a king and having an executive president that is more suitable for a flexible federation such as the UN has in mind for Cyprus.

Countries like the UK, Belgium and Holland have constitutional monarchs that enable them to separate the king as head of state and the executive branch of government. Other countries like Germany, Ireland and Israel have constitutional presidents as heads of state elected by their parliaments. Indeed the ‘TRNC’ itself operates such a system although its ‘president’ is in charge of the Cyprob.

Turkey used to have a constitutional president but there was a referendum and a majority voted to have an executive president; a bit like the US but without the checks and balances that keep American presidents on their toes.

Greece is a republic but the way it came about is interesting. King Constantine reigned until he left Greece after a failed countercoup in December 1967. When the Greek junta was ousted from power after their cack-handed attempt to unite Cyprus and Greece, the Greek people voted to become a republic twice because the first time was during the dictatorship and the outcome was not thought reliable. The current president of Greece is a former judge Ms Katerina Sakellaropoulou.

If a president is to be an executive president, he needs to be elected, and my preference is for the electoral college system to encourage a political life between the two communities. However, a settlement is unlikely with an executive president; having a constitutional president seems more likely to find favour among the stakeholders and in a way it makes sense given the office of president would need to be emasculated to make way for less power sharing.

The set of ideas attributed to Britain are different from the community power-sharing system that failed miserably in 1963. Britain admits to urging the parties to be open to balanced and creative ideas for reaching a flexible compromise but not to having tabled a British plan.

One such creative idea is for the 1960 constitution to be amended so that the RoC evolves into a two-community state federal country with a lot less power sharing at the centre.

Recognised or not, the community states already de facto exist. Both have actually been up and running for many years. Enough time has now passed since the demographic changes of 1974 for them to have crystallised in people’s minds.

Standing back and thinking fairly I do not buy the argument that two independent states should now overtake federation as the answer to the Cyprob because a long time has passed since the demographic changes of 1974. It has taken time for people to acclimatise to the new realities because it is only human for people to need time to go along with loss of hearth and home – and this applies to Turkish Cypriots as much as it does to Greek Cypriots.