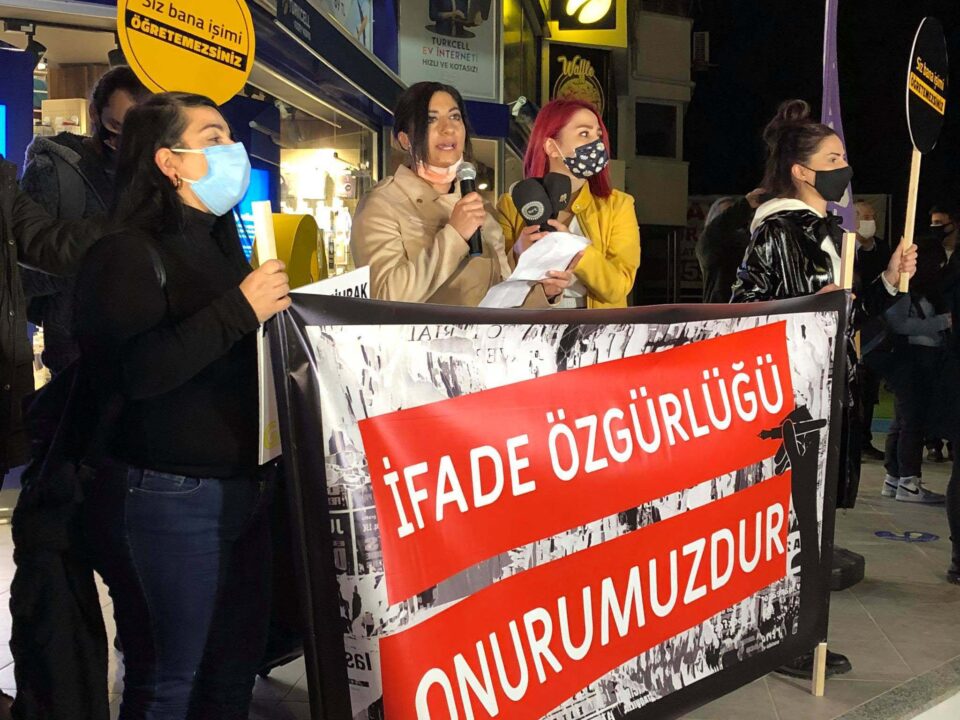 Media professionals in the north along with hundreds of their supporters marched on Monday afternoon in support of freedom of expression in the press.

Organised by press workers’ union Basin Sen and journalists’ association KTGB, the protest, titled “We are marching because we are not afraid” took place in Nicosia and was attended by political figures such as Nicosia ‘mayor’ Mehmet Harmanci.

A joint statement by the two journalism organisations was read by journalist Muazez Gazihan, who had been attacked by “economy and energy minister” Erhan Arikli live on her show. Her response “You can’t teach me how to do my job” became one of the protest’s main slogans.

“Increasing violence against us, the workers of the press, who have no other purpose than informing society, is a threat not only to a professional group but to society as a whole,” the statement read.

Journalists face threats and intimidation on a daily basis from either employers or government officials, the statement continued, which foretell the abolition of freedom of expression and the press, “the most important guarantees of a democratic structure”.

Finally, the statement reiterated that journalists are there to inform, not be public relations officers, and to reject manipulation. “You cannot teach us how to do our job,” it said. “Our job is our honour, our pen is our strength”.

The protest, which was not very strictly policed, ended around 7pm without the sit-in originally announced, due to rain.