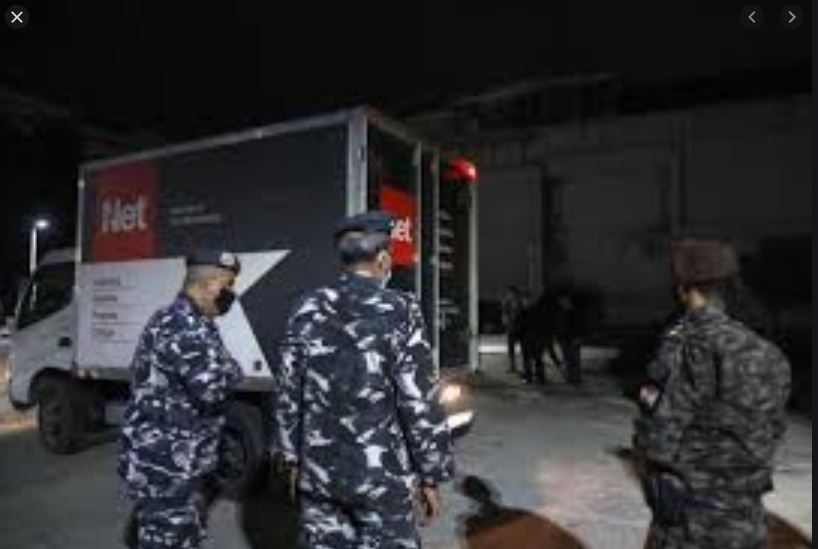 Much like an abandoned mansion that is falling apart from negligence, the Lebanese economy is decaying day-by-day as the ruling political parties stand by and watch. Unable to produce a government to handle the crisis for the last eight months, Lebanon is also without a roadmap to deal with the worst economic recession in its history.

A report published by MTV, a leading Lebanese local TV channel has revealed that the price of food has increased by 122 per cent in 2020 alone.  Inflation was reported to be at 84,9 per cent in December 2020. Another 30 per cent can easily be added to the figures above since January 2021 according to the same report.

In addition to the economic crisis and civil unrest, Lebanon is witnessing high numbers of Covid-19 infections. Currently, the Lebanese Red Cross hotline receive more than 4,000 calls every day, related mostly to coronavirus patients. While the number of people infected by COVID-19 keeps increasing, hospitals are reporting near-full occupancy in beds and intensive care units.

The World Bank has made funds available for vaccine purchases, but there are reports that jabs are being siphoned via political influence away from those who need them most. There have been protests in the streets about ‘wasta’ keeping vaccines from the elderly.

Reserves of foreign currency are being drained out from the vaults of the Central Bank of Lebanon. Things are looking grim by the day. It was only last week that that the central bank governor had informed the government that he was unable to supply the necessary funds in dollars to finance fuel oil imports. This means that the power plants might close down and Lebanon might sink into darkness during one of the coldest winters the country has seen in the last decade.

One of the reasons the dollars are flying out of the vaults of the central bank is the “subvention policy” that it has adopted since December 2019. The central bank is intervening to assist in the import of medicine and many basic food products, from wheat to milk and rice.

More than once, the central bank, aware that it’s dollars would not last forever, has made attempts to stop its subvention policy. A decision that was never applied due to the popular pressure.

However, experts expect that this will happen in the upcoming months.

A source estimates the dollar reserves of the central bank to be as low as $1 Billion.  A sum that must be split to subsidise the basic food, medicine and import needs of the country. This sum will only last for a maximum of two months according to Lebanese analysts.

When this happens, a large part of the country will not be able to pay for food.

“Dollars are not only used for imports, but people are trying to get hold of dollars to create a safety net for themselves. The high demand is provoking a surge in dollar value” says economic expert Bassem el Bawab in an interview with Cyprus Mail.

Prof. Jasem Ajaka a Senior Lebanese economist and researcher explains that “In Lebanon, public finances have been in deficit for decades. A serious mistake was made in taking the decision to go into debt in foreign currency and more specifically in US dollars. This decision had serious consequences on public finances, especially since no reforms were made at the economic level (to stimulate growth) or financial (to stop the deficit)”

The gap between the cost of debt and real growth worsened until the government of Hassan Diab declared on March 7, 2020, default on payment of Eurobonds and later the Lebanese pound bonds.

“This chaotic and disorderly decision automatically deprived Lebanon of financial markets and therefore the government and the central bank of Lebanon are no longer able to meet the state’s foreign currency needs.  Moreover, creditors can seize the country’s assets located abroad. Not to mention the trade sanctions and economic retaliatory measures that some states may adopt to compensate their citizens,” says Ajaka.

The International Monetary Fund has a rescue plan prepared for Lebanon, but the lack of a stable government is holding up its application.

Observers accuse the political class of corruption, at such a level that they cannot agree to form a government acceptable to the international donors. There are funds on hand to save Lebanon, but its politicians won’t take the steps needed to obtain them.

“The Central Bank and the government cannot subsidize all the goods anymore. The list of items will shrink until it is limited to wheat and medicine only before the whole process is aborted” explains Bawab.

He believes this will lead to a dramatic increase in prices. And thus, a striking leap in poverty numbers.

The minimum wage in Lebanon now is equal to 72 dollars only according to the latest exchange rate (9500LBP). Today it is barely enough to keep some food on the table.  But after the government stops subsidizing the products it will not be enough to survive a week.

The humanitarian crisis in Lebanon is increasing at an alarming an alarming rate, according to the Red Cross. “More people are getting sicker and poorer,” the relief organization said in a note.